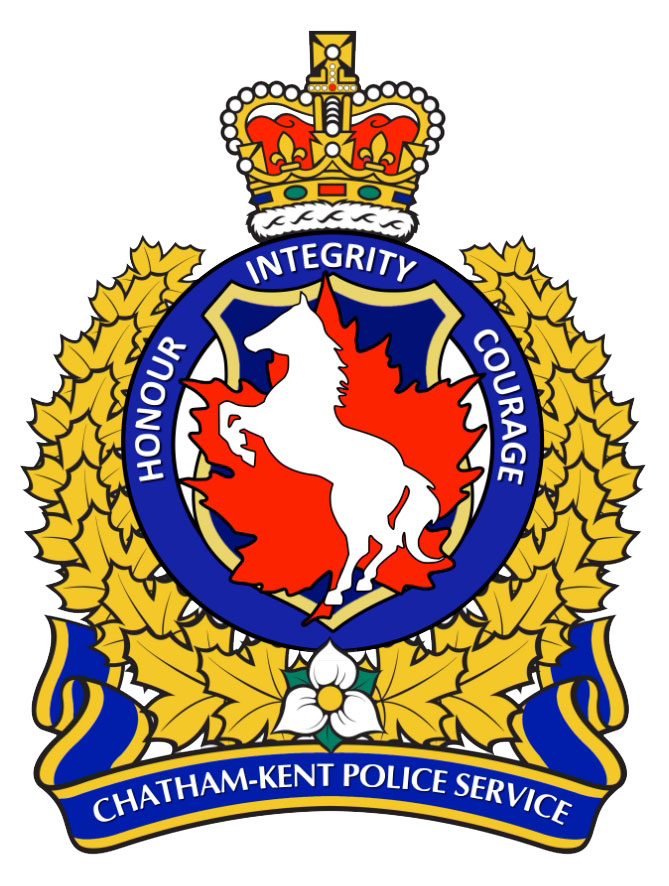 Chatham-Kent Police Service responded to 146 calls for service in the last 24 hours and 10 people were arrested.

Police are currently investigating a motor vehicle collision that occurred at Kent Bridge Road and Fairview Line. As a result, the road will be closed in that area for an indefinite period. Police are asking traffic to avoid the area.

Yesterday, October 29, 2022, just after 5:30 a.m., police responded to a single motor vehicle collision involving a deer. No injuries were reported and the damage estimate is $15,000. Police want to remind the public to watch for deer from dusk to dawn and always scan when driving.

During the night between October 28 and October 29, 2022, a building was broken into on Arnold St in Wallaceburg. Various amounts of power tools were stolen. Anyone with information is asked to contact Constable Grant Renders at grantr@chatham-kent.ca. Anonymous callers can call Crime Stoppers at 1-800-222-TIPS (8477) and may be eligible for a cash reward.

Just before 4:30pm yesterday, a resident of Colborne St in Chatham contacted police to report that a vehicle had driven into the fence and hit a parked trailer. Police attended to investigate and as a result a 61-year-old Chatham man was arrested for impaired driving. The driver was taken to the police station for further testing. As a result of that test, police were able to determine that the driver’s blood alcohol concentration was over three times the legal limit. The driver was later released with a future court date.

Yesterday shortly after 5:00 p.m., the police responded to a business on St. Clair Street near Pioneer Line in reference to a shoplifting complaint. When police arrived, it was determined that the suspect had visited a second store and stolen additional items. Through investigation, three people, a 24-year-old woman, a 57-year-old man and a 51-year-old man, all from Windsor, were arrested and charged with theft and possession under $5,000. The suspects were later released with a future court date. The one male party was handed over to Windsor Police as he had a warrant for his arrest with their service.