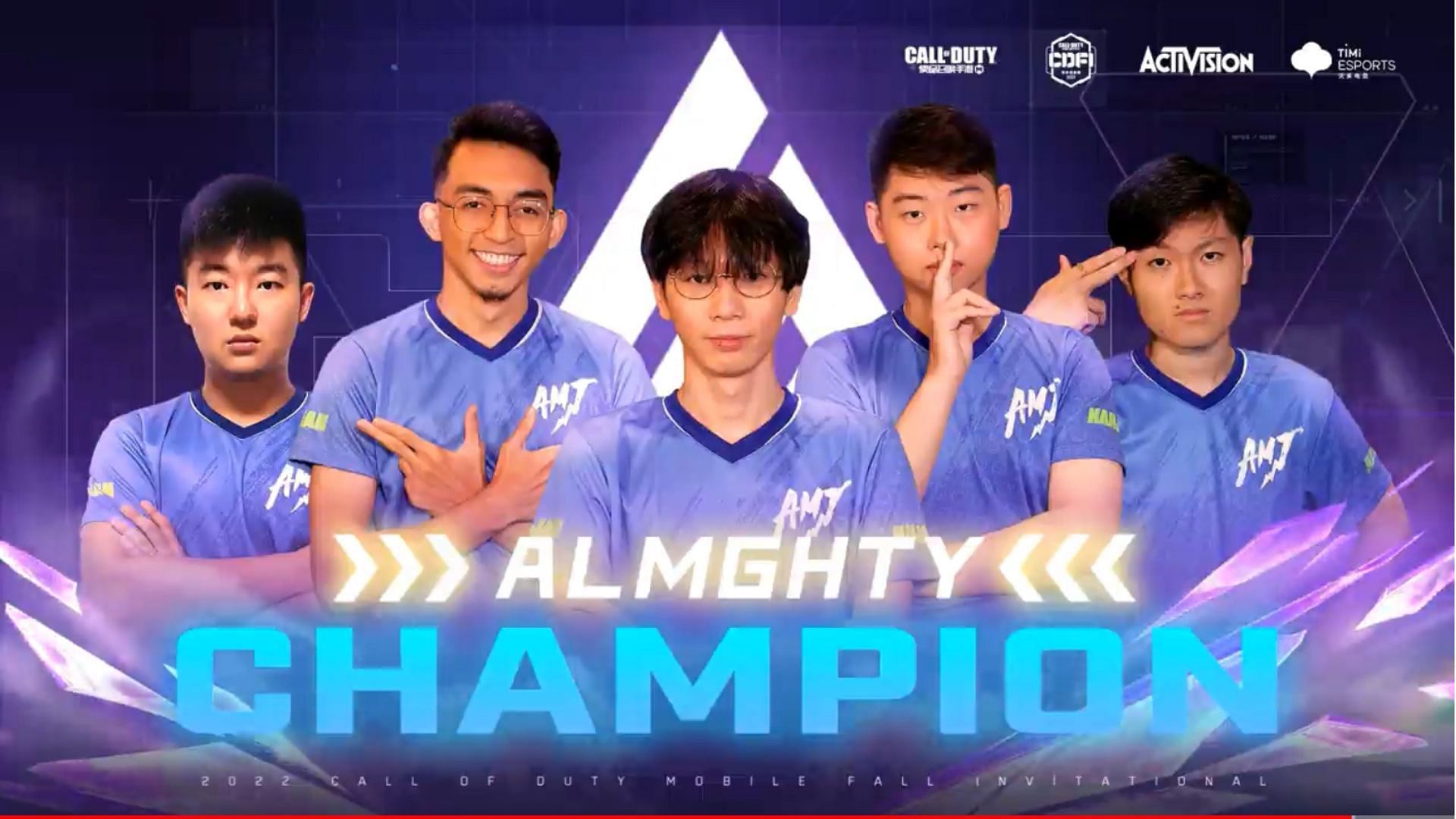 The COD Mobile Fall Invitational 2022 has ended and Indonesian team ALMGHTY has been crowned the champion. 16 teams from China and Southeast Asia competed in the 15-day event for a prize pool of $65,000.

The teams were divided into four groups of four teams each and played in a round robin. Two teams from each group advanced to the three-day play-off stage to determine the winner.

The first match of the quarter-finals was won by the Chinese team Qing Jiu Club in the play-off stage. They beat Group B leaders Omega Esports 4-2. The second match was between All Gamers and Wolves (both Chinese teams) and the latter won 4-2.

BlackList Ultimate dominated from the start and had no trouble defeating Douyu Gaming who also hails from China. The last match was played by both Indonesian teams ALMGHTY and ABC International. The former had a 4:1 advantage.

Qing Jiu Club (Q9) avenged their loss in the China Masters Season 4 Finals by defeating Wolves in a one-sided battle. Wolves didn’t seem to be in their best form during the event and were eliminated 0-4.

The second semi-final match was played between the COD Mobile WC 2021 Eastern champion and the runner-up. It was also a pretty one-sided match as ALMGHTY defeated Blacklist 4-1.

The Grand Final between ALMGHTY and Qing Jiu Club was very tight as both teams gave it their all. Q9 won the first and second games played in the Range and Elevation, but ALMGHTY made a fantastic comeback in the third and fourth games of the Raid and Hacienda.

Q9 won Summit’s fifth match and ALMGHTY his sixth, tying the score at 3-3. The final match (played in the slums) was extremely bitter, but in the end ALMGHTY were crowned champions with a score of 7-5.