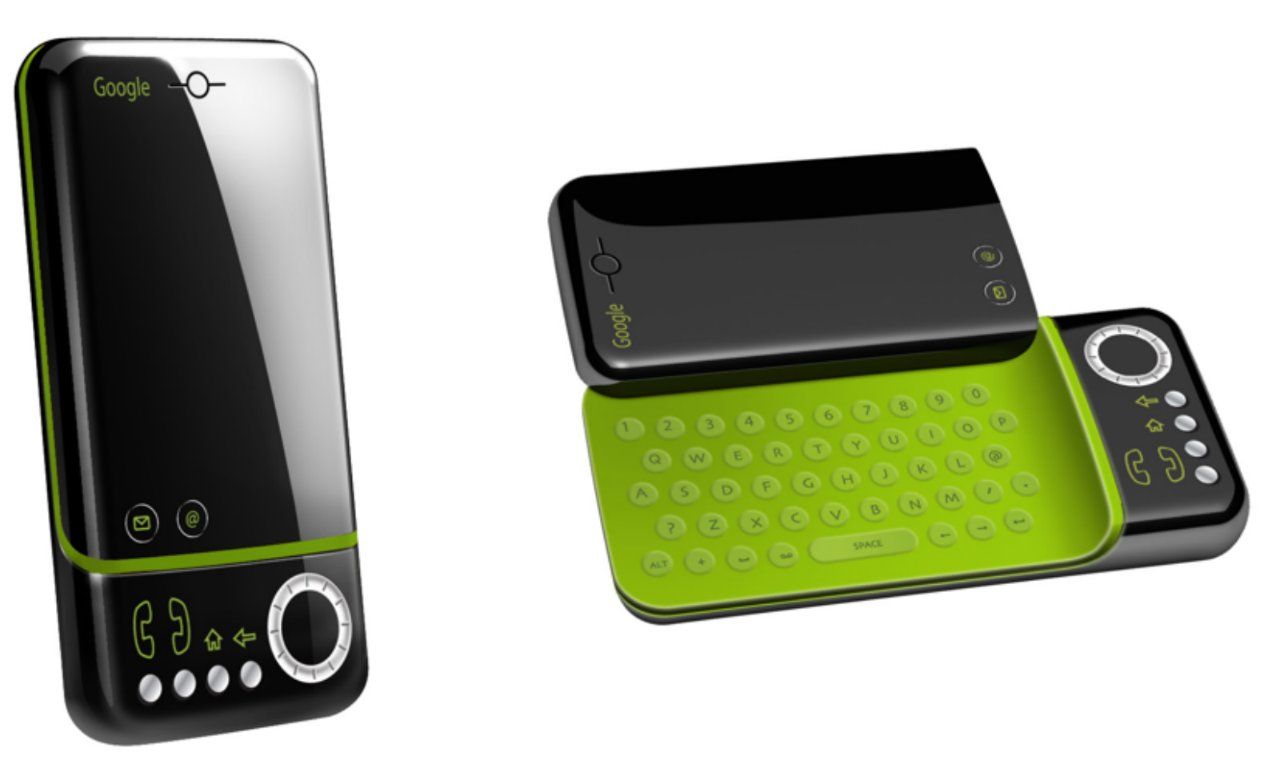 Android co-founder Rich Miner shared an image that shows what the T-Mobile G1 looked like at one point.

in 2008 the first Android smartphone was launched, known globally as the HTC Dream and in the US as the T-Mobile G1. The design of the phone was interesting as it featured a slide-out keyboard that unfolded the full QWERTY keyboard. There was even a physical trackball for precise navigation. We can now take a look at the phone’s design ahead of the iPhone launch, showing us a sharper look with an “electric” color scheme that featured neon green and black.

Rendering by Rich Miner who is the founder of Android. Miner tweeted the image, clarifying the story he posted Business Insider. He explains that during the design phase of the phone, Microsoft was more concerned than Apple because the Windows Mobile platform had developed a relatively strong user base. The team worked on two designs, one that was similar to the Blackberry and The Dream. After the iPhone announcement, he stated that the focus shifted to the dream.

While the visuals look interesting, the basic design of the device remains fairly true to the T-Mobile G1 and HTC Dream. It has a sliding keyboard and physical buttons for easy navigation. We can see an aggressive notch near the bottom of the phone and a jog wheel that could be imagined as an input navigation option. Of course, the final product would look much sleeker, with refined edges, simple buttons and a trackball. Also, the colors were muted with only black and white being offered.

Now that we’ve come this far, it’s hard to imagine 2022. we would use something like this, would you like to? Let us know in the comments if you’ve had an HTC Dream or a T-Mobile G1, and if you’d currently use a refurbished phone with this form factor.