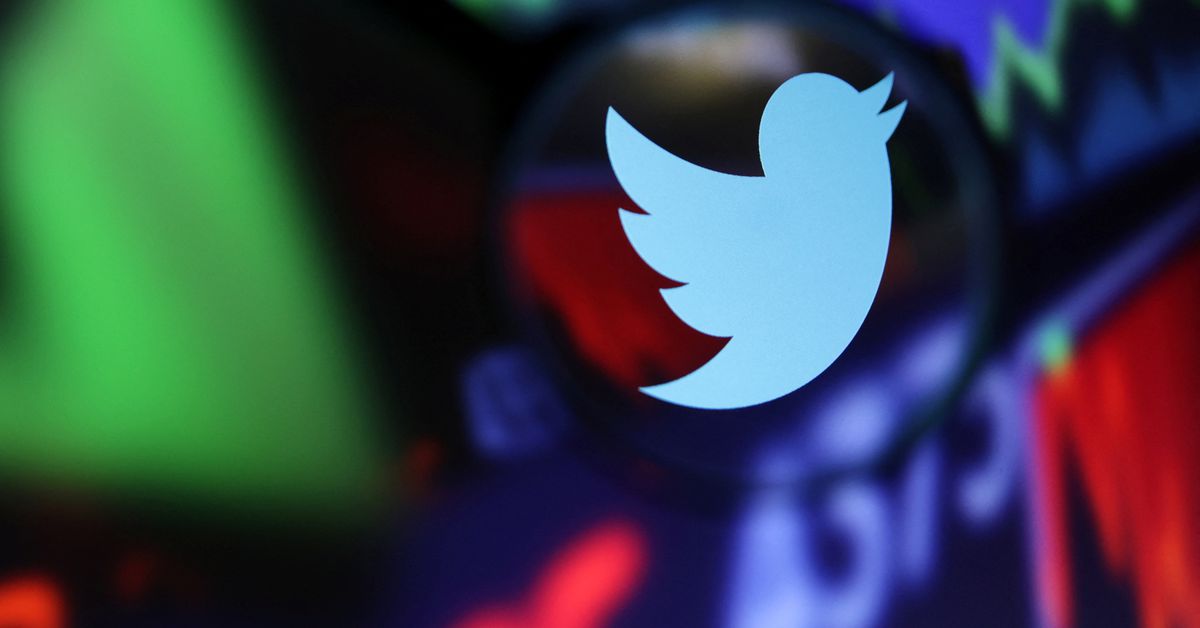 Oct 5 (Reuters) – Elon Musk’s U-turn to buy Twitter Inc ( TWTR.N ) couldn’t have come at a worse time for banks financing the bulk of the $44 billion deal and they could face big losses.

As in any large acquisition, banks will try to sell the debt to get it off their books. But investors have lost appetite for risky debt such as leveraged loans, spooked by rapidly rising interest rates around the world, fears of a recession and market volatility fueled by Russia’s invasion of Ukraine.

While Musk will provide most of the $44 billion by selling his stake in electric vehicle maker Tesla Inc ( TSLA.O ) and by leaning on equity financing from large investors, major banks have committed to providing $12.5 billion.

They include Morgan Stanley, Bank of America Corp and Barclays Plc (BARC.L).

Noting recent high-profile losses for banks in leveraged financing, more than 10 bankers and industry analysts told Reuters that the outlook was bleak for banks trying to sell the debt.

[1/2] The Twitter logo and stock graph seen through a magnifier featured in this illustration taken on September 4, 2022. REUTERS/Dado Ruvic/Illustration

“From a bank’s perspective, this is less than ideal,” said Wedbush Securities analyst Dan Ives. “Banks have their backs against the wall – they have no choice but to finance the deal.”

Sources of leveraged finance also previously told Reuters that potential losses for Wall Street banks involved in Twitter’s debt in such a market could reach hundreds of millions of dollars.

That comes after a group of banks had to take a $700 million loss on the sale of about $4.55 billion in debt that backed a leveraged buyout of business software company Citrix Systems Inc.

“Banks are looking for Twitter — they had a big loss in the Citrix deal a few weeks ago and they’re facing an even bigger headache with this deal,” said Chris Pultz, portfolio manager for merger arbitrage at Kellner Capital.

Banks have been forced to pull back from leveraged financing in the wake of Citrix and other deals weighing on their balance sheets and that’s unlikely to change anytime soon.

The second quarter also saw US banks begin to suffer from their leveraged loan exposure as prospects for doing deals turned sour. Banks will begin reporting third-quarter earnings next week.