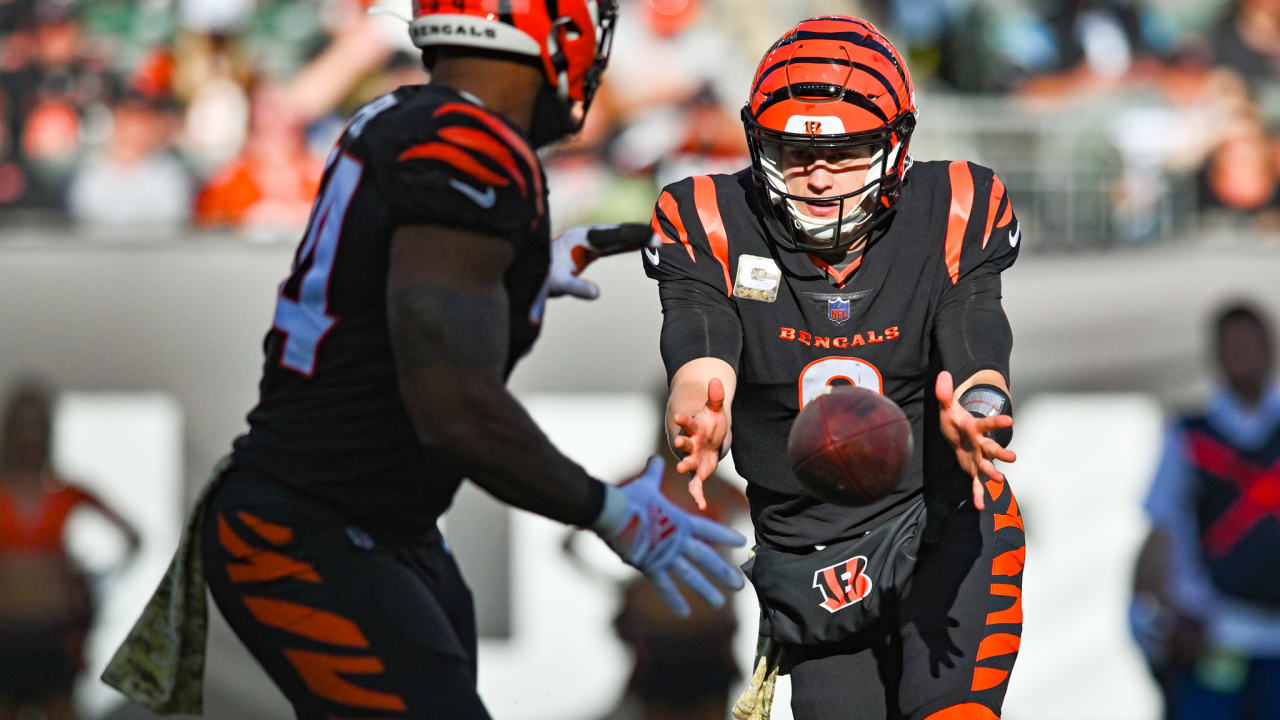 The 5-4 Bengals have won five of their last seven and are coming off their most complete game of the season complete with a bye. The Steelers are 3-6 and in transition with rookie quarterback Kenny Pickett. While Bengals quarterback Joe Burrow is top five in most major categories, Pickett is the lowest-rated passer in the league for an offense that doesn’t have a touchdown play longer than eight yards.

But a trip to Pittsburgh is never comfortable. In three of their losses, the Bengals struggled against top pass rushers in Dallas and Cleveland and not to mention Pittsburgh on Paycor and here comes the Steelers’ tandem of Defensive Player of the Year TJ Watt and Alex Highsmith, on pace for a 17-sack season. They combined for four of Burrow’s seven sacks and if ever there was a national game the Bengals had to pull off, this is it. The Steelers are coming off their highest back-to-back rushing totals in eight years and their first 200-yard rushing game in six years. In four of the Bengals’ five wins, they famously scored touchdowns on their first drives and never trailed in three of them.

Still, there are numbers to suggest why the Bengals are favored to carry the day.

The last dozen times they’ve entered the red zone over the past four games to attempt a field goal, they’ve come up with touchdowns (eight rushing, four passing) and are fourth in red zone touchdown percentage while the Steelers’ defense is sixth. But Pittsburgh has trouble scoring. They are 28th in the red zone, 31st overall and have yet to score 20 points in regulation while the Bengals are averaging 30 over the past three games.

Keep an eye on Bengals slot cornerback Mike Hilton and not just because he’s playing against his old team with a soft splint on his broken finger. A great blitzer, Hilton and the versatile Bengals defensive figure to challenge Pickett with a ton of looks. According to Next Gen Stats, the Bengals’ pass defense is second best when playing with pressure, allowing a passer rating of 48.1 while Pickett hasn’t been great under pressure with no touchdowns and a pick for 63.5.

The kicking game decided the last Bengals-Steelers game and it always seems to when Pittsburgh wins. When Chris Boswell ended overtime with a 53-yard field goal (after Evan McPherson’s chip-shot miss with an emergency long snapper), it marked Boswell’s third walk-off field goal against Cincinnati. Boswell is 36 of 38 against the Bengals and has never missed a PAT against them and will not play Sunday because he is on injured reserve.

Drue Chrisman is looking to make his NFL debut as the Bengals’ punter on grass who isn’t at his best in late November. McPherson has made his lone kick in Pittsburgh, a 43-yarder, and this is his ninth game with freshman snapper Cal Adomitis, a University of Pittsburgh product coming off the last four years snapping on this surface.