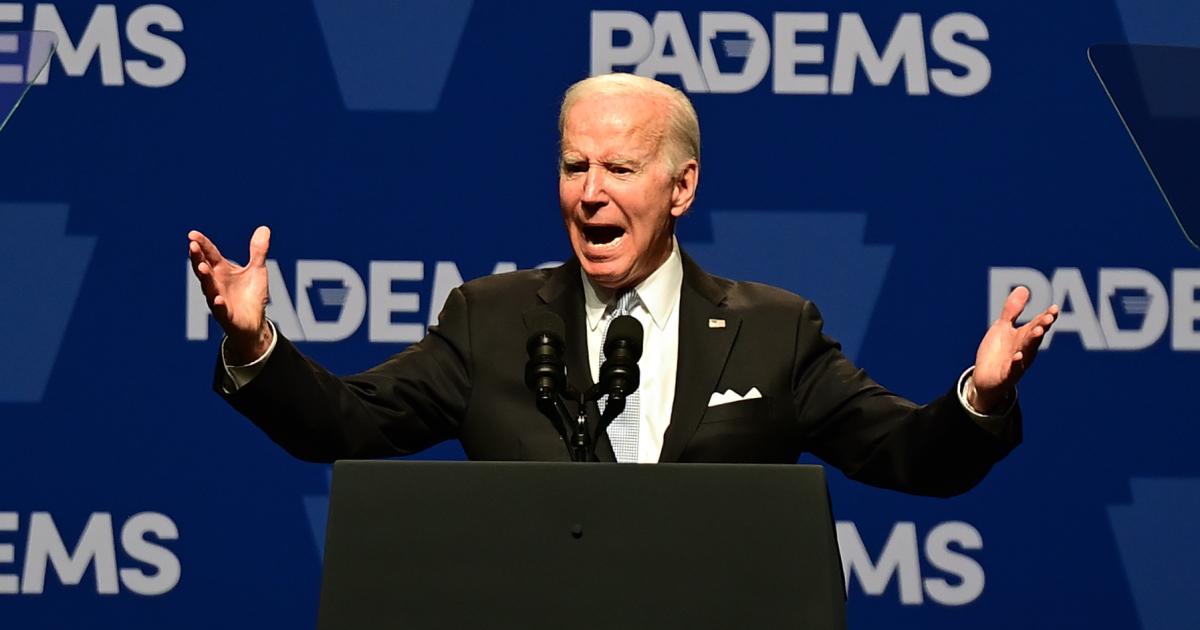 The fact-checkers in the media who spent every waking moment labeling every utterance by then-President Donald Trump as a lie in the pants need to enjoy an extended vacation. How else to explain the fact that President Joe Biden and his top officials get away with telling one falsehood after another without a peep of protest?

We’re not talking about Biden’s petty habit of embellishing his life, like saying he “grew up in a Puerto Rican community” or that his house burned down.

We’re talking about big issues – the economy, inflation, the border, taxes and covid – that can affect how people understand their plight and who they blame for the mess we’re in.

So, since the corporate press won’t do its job, here’s a catalog of Biden’s greatest concoctions.

>>> Like FDR’s New Deal, Biden’s tax and spending policies have been an economic wrecking ball

The economy: Ever since he took office, Biden has told the story of how he faced an economic crisis “as bad as the Great Depression” and how we were saved by his $2 trillion “American bailout.”

The Covid recession lasted a full eight weeks and ended in April 2020. By the time Biden signed his “bailout” into law, GDP had recovered 99% of its losses.

Instead of correcting Biden, the press simply repeated his lie, as The New York Times did with its recent article claiming that “Democrats spent $2 trillion to save the economy.”

What about Biden’s repeated claims that he “created more jobs in my first term than any president in history”?

The 10 million jobs he brags about “creating” since taking office 21 months ago were just people bringing back the jobs lost during the covid lockdowns. Even that is nothing to brag about. During Trump’s last nine months in power, the economy “created” 12.5 million such jobs.

Inflation: The guy who claimed to always be straight with the American people can’t keep his tall tales about inflation straight. At one point, Biden said there was nothing to worry about. Then there was a problem with the supply chain. Then he blamed Putin and greedy gas station owners. Already, Biden insists he is “making progress” on inflation.

None of that is true.

What is true is that today’s inflation was triggered by Biden’s own $2 trillion “bailout,” which flooded the economy with cash when it was already roaring back from COVID.

The limit: On at least 17 occasions — one of them as recently as July 20, 2022 — Biden or his top lieutenants claimed the border is secure.

Where Biden and company really crossed the line into outright lying was when they blamed mounted Border Patrol agents for “whipping” illegal immigrants. As Heritage’s Oversight Project proved, Homeland Security Secretary Alejandro Mayorkas knew that a photo circulating on the Internet in 2021 was completely misleading and that these agents were trying to control their horses with the reins, not attack immigrants with whips. But Mayorkas fed this lie and needlessly ruined the lives of innocent border agents for more than a year.

COVID: During his term, Biden repeatedly said he had a plan that would “shut down” the virus. Really? More than 635,000 Americans have died of covid on Biden’s watch, according to the Center for Disease Control and Prevention’s official count. That compares to roughly 400,000 who died before he took office.

The president knew his “plan” was bogus and that this bug couldn’t be shut down, just as he knew it wasn’t a “pandemic for the unvaccinated”, a fact underscored when Biden himself contracted covid after being stabbed repeatedly .

Taxes: It would be hard to add up the number of times Biden claimed that “anyone making less than $400,000 a year won’t pay a dime in taxes” during his administration. But no matter how often he said it, it was still false.

Preston Bashers, a senior policy analyst at the Heritage Foundation, looked at the “Inflation Reduction Act” that Biden signed and found that more than half of the tax increases in that bill will be paid by those making less than $200,000, with 26% of the burden falls on those earning less than $75,000.

The great Rush Limbaugh is said to have joked, “In the past, it was the media that held people to account when they lied in politics. That doesn’t happen anymore.”

With all due respect to Rush, he was only half right. When conservatives stretch the truth—and even when they don’t—the media always pounce. When those on the left, like Biden, prevaricate, the media is like a bear in hibernation.