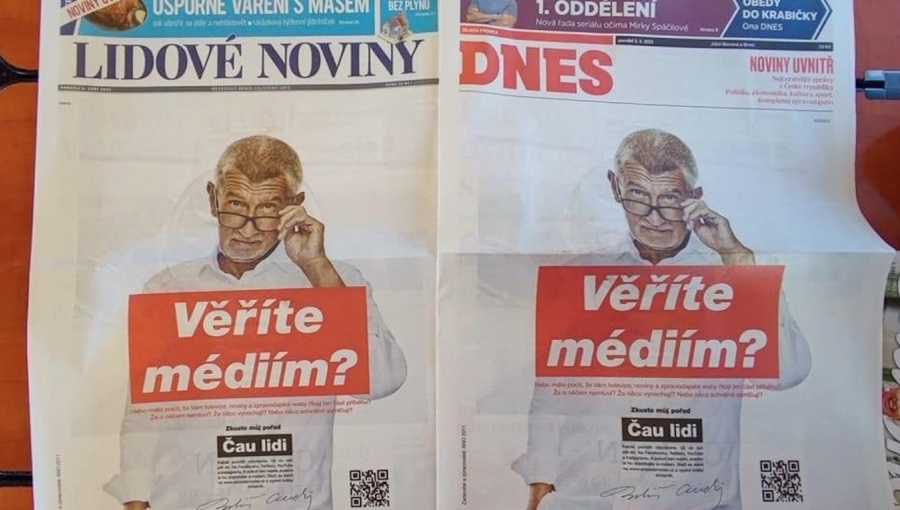 The Czech parliament has given the green light to government bills designed to strengthen the independence of public media and prevent the kind of pressure on them from parliament-appointed boards that have been criticized by international journalists’ organizations.

The bill, which passed first reading after 10 and a half hours due to opposition obstruction, will allow the Senate to elect one-third of Czech Television and Czech Radio Council members who oversee public media, rather than all members being elected by the lower house. The bill will now be reviewed by the Riksdag’s media committee.

Opposition parties – controversial billionaire Andrej Babi’s populist ANO and the far-right SPD of another businessman-politician Tomio Okamura – have blocked the legislation, accusing the ruling coalition of trying to exert political influence over public media with the changes. The Senate is dominated by parties in the ruling centre-right coalition.

Czech TV and Czech Radio have been under pressure from councilors nominated by the previous parliament in which the SPD, the pro-Russian Czech Communist Party and Babis ANO held a majority. Councilors supported by these parties often accused public media management of misdeeds that were later proven false in an attempt to pave the way for their removal. International media organizations expressed concern and called for strengthening the independence of the Czech public media.

Much of the Czech private media is controlled by oligarchs such as Babis, a former prime minister, who use it to advance their own interests. Babis has regularly attacked the media, which he says is biased against him, and even took out full-page ads in his own newspapers in September telling voters to ignore other media outlets.

The legislation would also better define which organizations can nominate council members. This would include civic organizations representing cultural, regional, social, employer, employer, religious, educational, scientific, ecological or national interests. In addition, these would need to have a history of at least ten years and cannot be newly formed organizations, a practice enabled by the current legislation.