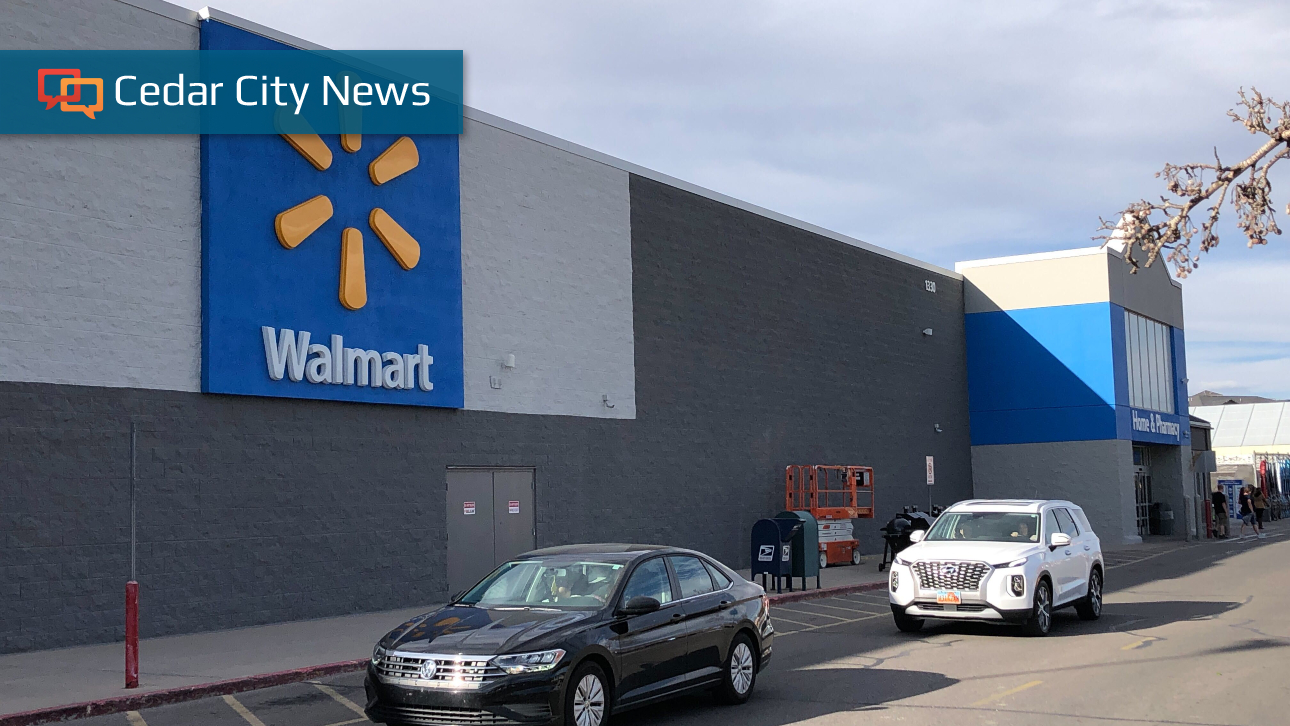 In the video, as St. George/Cedar City News has chosen not to publish, are three of the teenagers in dark makeup that were once used by minstrel performers to create bigoted caricatures of black people. They also wear “jail suits” with black stripes. Two other teenagers are seen in police uniforms with handcuffs.

The person filming the video is heard confronting the teenagers about the appropriateness of the clothing but is laughed at by them.

After initial confusion over whether the incident took place in Cedar City or at a Walmart in the northern Utah suburb of Cedar Hills, Cedar City Mayor Garth Green told the St. George / Cedar City News that “it was in Cedar.”

The city and Cedar City Police later released a joint statement saying that while police were not called to the store at 1330 S. Providence Center at the time of the incident, it is now under investigation.

“The Cedar City Police Department and Cedar City officials do not condone this type of activity,” the statement said.

While many social media users, including the person who filmed the video, spoke of a hate crime being committed, Iron County Prosecutor Chad Dotson said the act of wearing blackface is not technically a hate crime.

“I don’t have enough information watching the video to make that judgment, but just dressing like that is definitely not a hate crime.”

By definition, a hate crime must be an actual crime, such as theft or assault, that can be linked to hatred of the victim’s race, ethnicity, religion or sexual orientation.

A media representative from Walmart’s corporate office released a statement saying the teenagers were eventually kicked out of the store.

“Upon learning that these people were in the building, our staff immediately instructed them to leave the property,” the statement said. “We do not tolerate discrimination or derogatory behavior of any kind and are incredibly disappointed by what is shown in this video.”

The video, which was originally on the Internet video service TikTok, then spread across Twitter — where “Cedar City” was among the top trending topics Tuesday afternoon — as well as Instagram and Facebook.

It has also been reported in national and international media, including being reported by the British tabloid Daily Mail.

It also caught the attention of Utah’s governor.

“We strongly condemn racism in all its forms and we urge all Utahns to reject such offensive stereotypes, slurs and attitudes,” Gov. Spencer Cox said in a statement. “We have to get better.”

Some of the confusion about where in Utah the incident took place stemmed from people on social media trying to identify the teenagers involved as well as the schools they attend.

Shauna Lund, a spokesperson for the Iron County School District, said that while they cannot specifically identify the names of students who may have been involved in the incident, the teenagers in blackface do not appear to be students in the area.

“Based on the information we have received, preliminary findings indicate that the individuals in blackface are not students enrolled in Iron County schools,” Lund said, although she did not rule out the possibility that some of those in the video attend local schools. “We have launched an investigation into the student’s involvement and will take appropriate action once the investigation is complete.”

St. George News has learned that switchboards at Cedar City-area high schools have been inundated with calls described as harassing and accusing the community of being racist.

In July 2021, the Iron County School District released a the Racism Directive that said, “Iron County School District will NOT tolerate any act, practice, process or approach that promotes racism.” The month before, a school board action was taken to ban the teaching of critical race theory—the idea that racism is systemic in the nation’s institutions of white supremacy—in area schools. defeated by one vote.

In 2019, the board removed the “Redmen” mascot from Cedar High because some had determined it was derogatory to Native Americans continues to draw criticism from those who say it is not derogatory. In another recent incident involving race in Cedar City, an elementary school student said students, parents and administrators bullied her because she is half black.

The spread of some information that has been proven to be false has nevertheless led to some minors and institutions being harassed online and offline on Tuesday.

Along with condemning the act, Cedar City officials also warned against harassing people online or jumping to conclusions without corroboration — including blaming teenagers or institutions that were not involved in the incident.

“While topics like these can cause an emotional reaction, we encourage everyone to be mindful when sharing videos of youth on social media, including any cyberbullying or other harassment that may accompany these types of incidents,” Cedar City officials said in his statement.

University of Cambridge and Oslo Metropolitan University Researcher Rebekah Larsen, author of a oft-cited July study about how Facebook uses people’s personal data, told St George News that the lack of rules on how information about minors is shared on social media means young people are vulnerable to harassment.

“My first response is that the United States needs more regulation to protect minors around these kinds of things, but also just people in general,” said Larsen, who before becoming an internationally known scientist grew up in Utah.

Larsen noted privacy measures in place across the European Union known as the “right to be forgotten” where people can apply to have their information removed from search engines if it is untrue or causes them harm – even mistakes made in youth.

“Regulation was pushed because of people who had done things when they were underage who did it online, and then prevented them from getting jobs or just affecting their personal lives. But the United States doesn’t have anything like that,” Larsen said. “Basically everything that indexed by search engines that is incorrect, no longer relevant, potentially harmful and not about a public figure… that person can request that these search results be removed from Google.”

Chris Reed serves as editor and reporter for the St. George News. He has steadily moved east after growing up among the Valley girls in Southern California’s San Fernando Valley. He graduated from Cal State Northridge before spending a decade in Las Vegas. As a sports reporter and editor, he once compared shoe sizes with Shaq. As a news reporter and editor, he has covered parades, triumphs and tragedies. He also once came close to the stars, doing publicity for a space module builder. He came to St. George for love and has grown to love society. He is the proud father of two boys, his youngest a champion against both autism and type 1 diabetes.