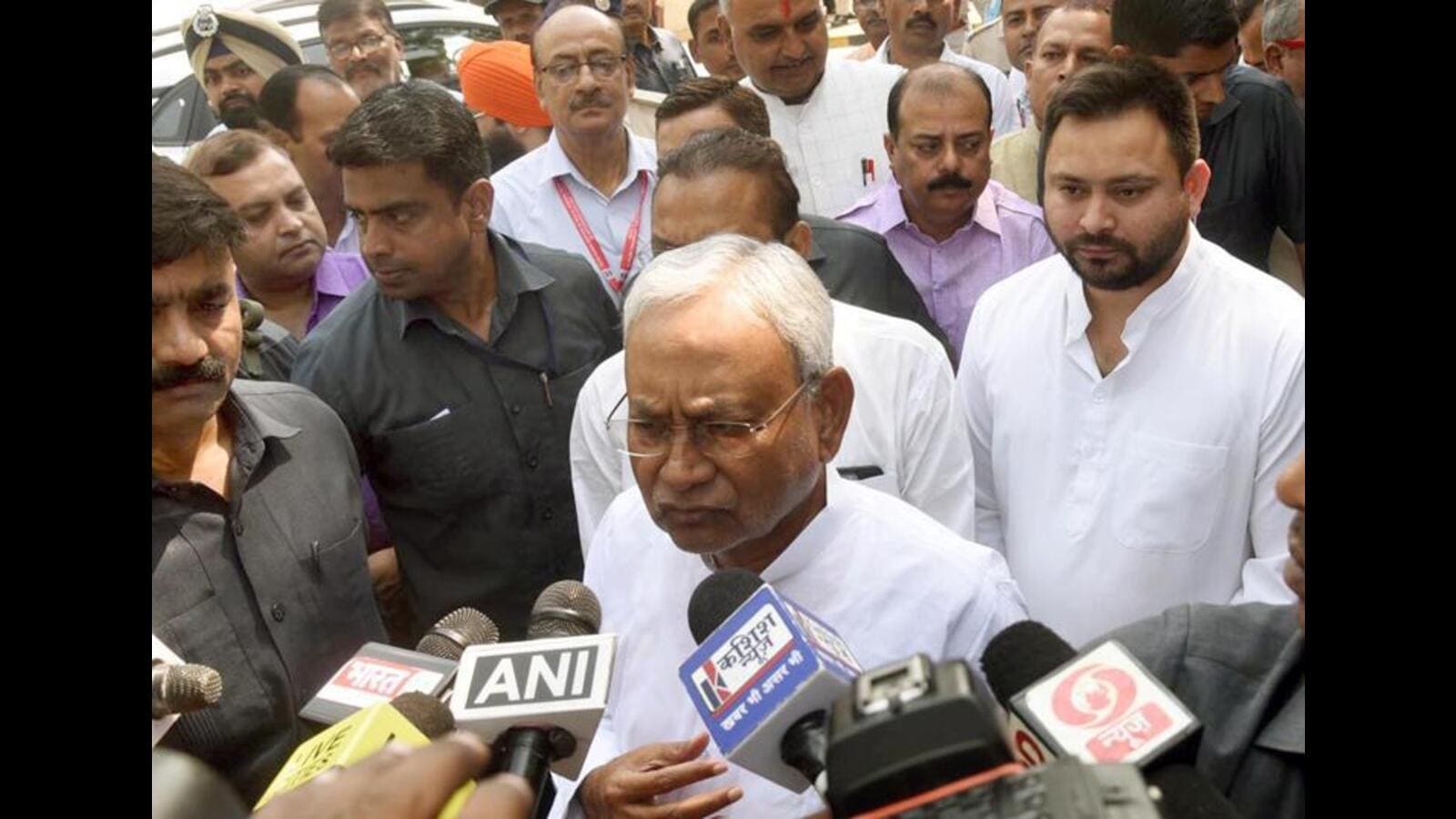 As LJP (Ram Vilas Paswan) chief and Jamui MP Chirag Paswan on Monday set out to campaign for BJP candidates for the November 3 Mokama and Gopalganj bypolls, announcing that both parties Alliance talks are also underway, Bihar Chief Minister Nitish was quick to point out that this was a known fact since the 2020 assembly elections.

“He is doing the right thing. Who fielded candidates against the JDU? It is all on expected lines,” Kumar told reporters as Deputy Chief Minister Tejashwi Prasad Yadav stood by him.

Kumar said he was not campaigning due to his injury, but the opinion was that the RJD candidate would win both the seats.

On the other hand, Chirag said that the contradictions in the Grand Alliance (GA) are so clear that the CM is sending a message by keeping himself away from the by-election campaign. Do the people of Mokama know what happened there by-election? It is ironic that the JDU president (Rajiv Ranjan aka Lalan Singh), who was the key figure behind it, is campaigning for an RJD candidate. He played a key role in disqualifying Anant Singh. I am discussing alliance with BJP and soon I will meet Prime Minister Narendra Modi and Home Minister Amit Shah again. The alliance will be on the issues that the LJP is fighting for,” he said.

Chirag, who held a roadshow in Mokama on his birthday, said he and his father, the late Ram Vilas Paswan, were also uneasy in 2017 when Nitish Kumar switched sides and allied with the BJP. “Nitish Kumar was always worried about my father’s growing height. In Mokama, LJP had contested earlier and got good votes. We are firmly with the BJP,” he said.

Chirag has raised his voice against Nitish Kumar. “I admit that I fought to downsize JD-U in 2020. I was never there to help JD-U,” he said.