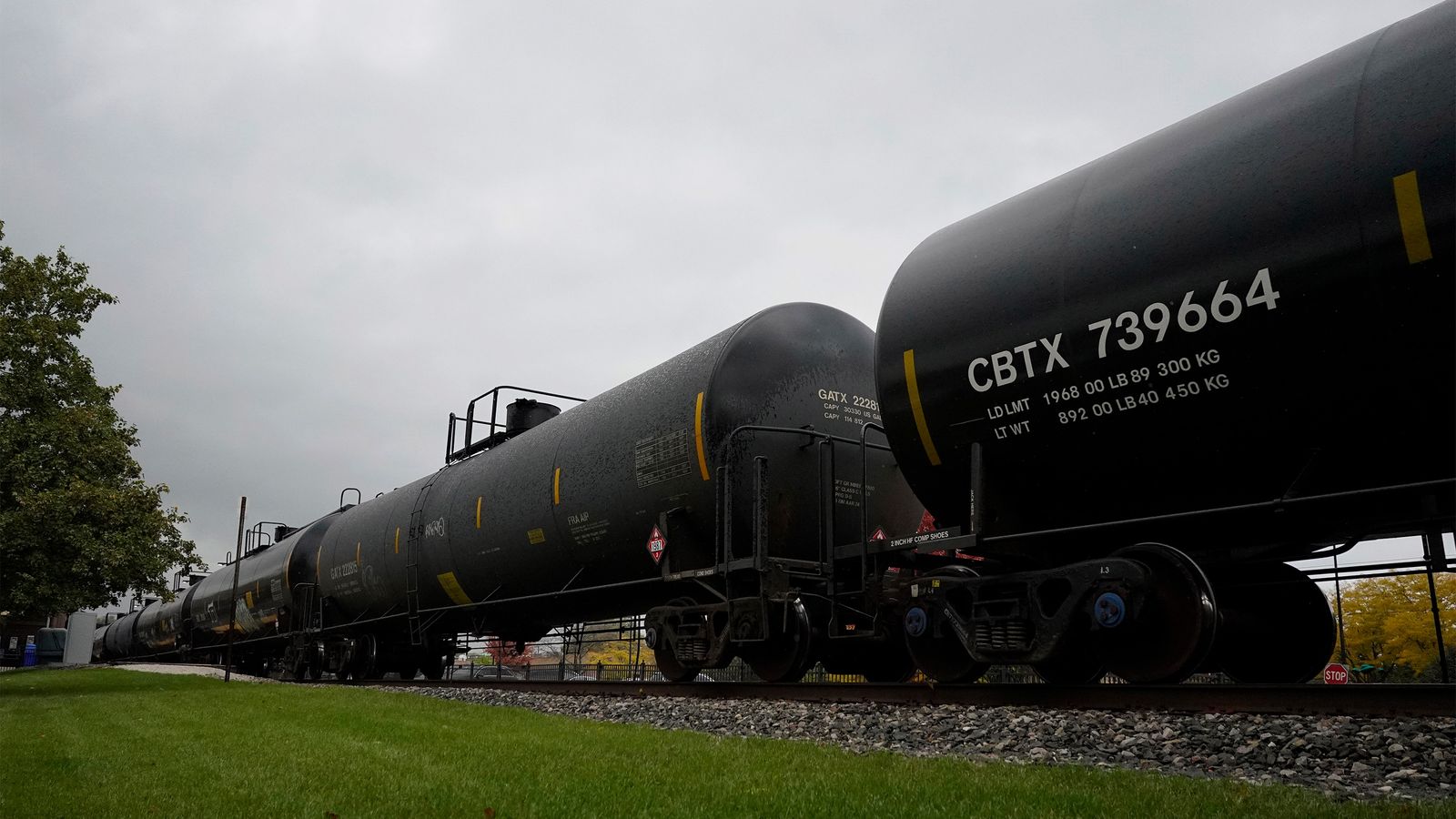 About half of all U.S. railroad companies are voting on a contract brokered by the Biden administration to prevent a strike in September. The two largest rail unions, BLET and SMART-TD, delayed their votes until November and extended their strike deadline to December 9. The result of the vote is expected to be announced on Monday.

Three of the 12 railroad unions have rejected their deals, while seven of the smaller unions have reportedly approved their contracts. Even if only one union were to go on strike, all others are expected to respect picket lines, bringing the bulk of US rail transportation to a halt.

The potential for a rail strike, which the Biden administration, railroad companies and union leaders have been adamant about avoiding, has thrown the corporate media into a frenzy of concern. Across the country, major media outlets are suddenly raising the specter of a rail strike and the disruption it would cause to corporate profits.

Several outlets have cited estimates of a loss of $2 billion a day in economic activity, with CNBC warning that the US economy was “at risk”. In an attempt to scare an American population suffering from runaway inflation, CNBC quoted Jon Gold, vice president of supply chain and customs policy for the National Retail Federation, as saying, “A railroad strike in December would potentially affect holiday goods, as well as shipping. for spring goods that retailers are already starting to take in.”

CNBC further expanded on the economic costs by citing a report by the American Chemistry Council, which estimated a “month-long strike resulting in a total hit to the economy of $160 billion, or one percentage point of GDP, and [a] rise in a key inflation index, the producer price index, of 4%.”

The reference to increased inflation, in particular, is an attempt to divide the working class and pit railway workers against other workers. This is a decisive effort by the ruling class to prevent a rail strike from developing into a wider strike movement.

Politico went even further, claiming: “If unions don’t get members on board by the end of an industry-wide cooling-off period on December 9, just one could trigger a strike that upends the country’s supply chain – stripping store shelves, starving livestock and compromising drinking water.”

To blame workers for any shortage caused by a strike betrays the facts of the matter, that the railway companies have reaped huge profits at the expense of their workforce. Even the corporate press has been forced to admit this, including references to the sick leave and quality of life issues plaguing the industry.

Freight waves quoted Martin Oberman, chairman of the Surface Transportation Board (STB), who accused the rail companies of putting themselves in this position by cutting their workforce for years. He noted that Class 1 companies cut their workforce by 29,000 people from 2016 to 2020, and noted that the carriers saved $5 billion in wages, just one-twelfth of what they gave to investors through stock buybacks and dividends.

Oberman is correct that the carriers are to blame for service problems across the country. However, he does not represent the interests of the workers with these comments, but of the middle class and the industries that depend on freight transport by rail. He is a longtime figure in the Chicago Democratic Party and was handpicked by Biden to chair the STB.

What Oberman represents is the concern among sections of the media and the ruling class that the carriers have overplayed their hand and that sympathy among workers for lack of sick time and personal time off from work will evolve into more politically conscious working-class solidarity and organization. For Oberman and figures like him, the answer to the railroad crisis is to throw the workers in the nuts, to hire a few more hands and give a few more sick days, and get the contracts ratified before the situation spirals out of control.

This is also what union bureaucrats look like. Several union officials interviewed by Politico expressed hostility to the opposition to the contracts. Jared Cassity, SMART-TD’s alternative national legislative director, said “There are factions out there on social media … actively campaigning against this thing, without regard for merit.” Jeremy Ferguson, SMART-TD president, added, “I can tell right away who’s no” and begins “explaining how it works. ‘We’re at the end. This is it. We’re out of runway, guys.’

The workers do not need to have the process explained to them, nor do they criticize the agreement thoughtlessly. Thousands of workers are rightfully angry and upset with union officials for failing to get back a deal that meets their needs. Not only that, but these bureaucrats have continuously delayed and undermined the 99 percent strike authorization that workers have already given. The problem is the contract, not the workers’ understanding of what is in it.

Labor opposition has placed the prospect of a strike front and centre. CNN Business tried to reassure its corporate audience that a strike could still be avoided if the contracts were rejected. It interviewed Ian Jefferies, CEO of the industry Association of American Railroads, who argued: “There are absolutely opportunities if a ratification fails the first time to sit down and come to further agreements and put it out and get [tentative agreement] ratified.” Jeffries added that if ratification were to fail, “Congress has historically shown a willingness to intervene if necessary.”

But the struggle of workers in Ontario, Canada against the reactionary anti-strike law shows that the working class has great power to fight against the government’s restriction of the right to strike. The education support workers’ movement quickly grew toward a general strike in Ontario, before it was sold out in backroom deals between the conservative provincial government and the unions.

By organizing across craft and industrial lines, railroad workers and the working class at large can take matters into their own hands and fight for what they deserve. Only the Railroad Workers Rank-and-File Committee has taken up this fight to fight for what workers need, not what Congress and the union apparatus say they can have.