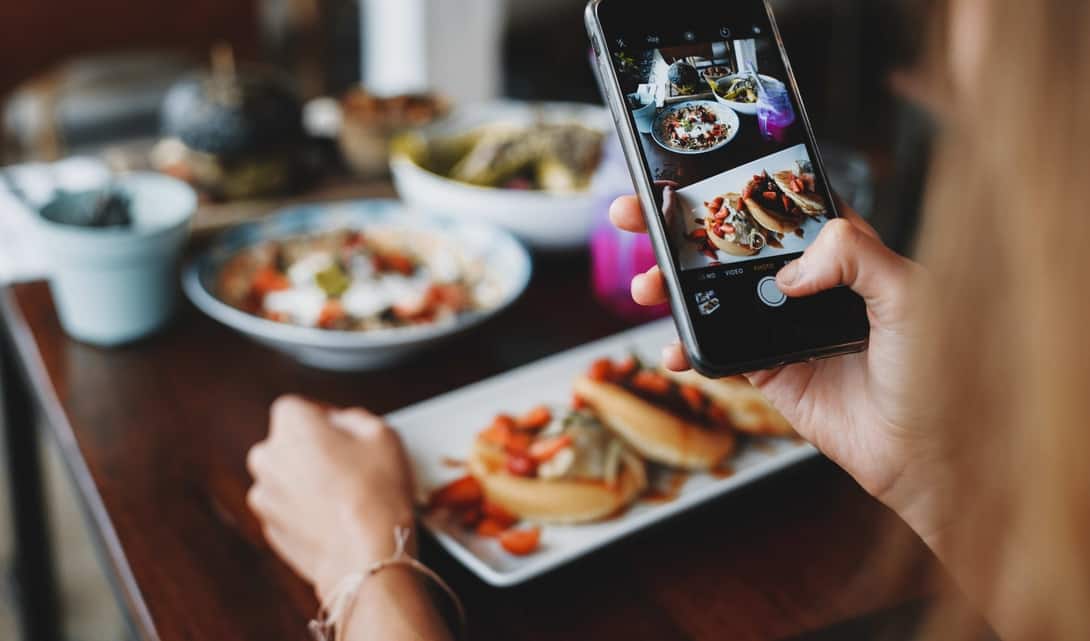 During the summer I traveled to Spain with my wife and son.

Between overflowing plates of Iberico ham and a few too many Aperol Spritzes, we made it a point to visit the country’s food mecca, San Sebastian. Our sole purpose: to eat at Mugaritz, a two-star Michelin restaurant.

As my wife and I devoured spiny lobster and sake handkerchiefs (don’t ask), we wondered if our son would one day make his own Michelin-inspired journey and join the ranks of devotees who have made the Michelin guide the gold standard for fine dining.

Or would the guide, with its review of more than 15,000 restaurants across 35 territories, have fallen victim to the distraction that has plagued so many gatekeepers with pedigrees?

As with so many forms of modern culture — from music to books to film — the challenge may well come from TikTok.

The short video app now has more than 1 billion users. In America, 100 million people scroll through TikTok’s incredibly efficient recommendation algorithm and spend an average of 80 minutes a day on the app, “more than the time spent on Facebook and Instagram, combined,” according to the Washington Post.

“TikTok food searches provide an experience you can’t find anywhere else on the internet,” said Danny Kim, a TikTok food influencer with 3.7 million followers on the handle @DannyGrubs. “Google and Yelp don’t show the whole experience like walking into a restaurant and seeing food come out in real time.”

Formerly an engineer, Kim turned to food media after his blog on the DC food scene (Eat the Capital) took off. Over the past year, he has repeatedly gone viral by doing short chef challenges such as “can you make a gourmet meal with McDonald’s chicken nuggets?”

In a phone chat, Kim tells me that these digital views are turning into real foot traffic and that TikTok is the first converter for restaurants. The app gets more people through the door than Instagram, which is very popular with food influencers.

The TikTok-to-restaurant trend is hardly anecdotal. In June, a Google executive said that “almost 40% of young people, when they’re looking for a place for lunch, they don’t go to Google Maps or Search … they go to TikTok or Instagram.”

And short-form videos are now ubiquitous, with TikTok clones everywhere from Instagram Reels to YouTube Shorts to Snap Spotlight (these apps would really take off in the event of a US ban by Chinese-owned TikTok).

“I think Gen Z just prefers visual search,” says Turner Novak, a venture capitalist who is the founder of Banana Capital and writes The Split newsletter. “You see it in TikTok’s engagement, which has gotten to the point where Google is rolling out more visual search tools to mimic TikTok’s For You page.”

As the younger generation increasingly turns to TikTok for food recommendations, could Michelin become the culinary equivalent of the Oscars or Emmys: one-time arbiters of excellence that are losing relevance?

Liebmann listed the many threats to Michelin’s influence since the turn of the century:

TikTok’s food recommendations are the latest upstart, but Michelin’s reputation — built around a system of anonymous inspectors and rigorous review guidelines — remains high, according to Liebmann.

“I don’t think Michelin is going anywhere,” said Liebmann, who now runs Understory, a media consulting and production company. “Does it need to redefine itself for a new generation? Or migrate its content and tell its stories across new platforms or media? There are certainly opportunities there. Putting aside what people think of the guide and the starred review, the brand still stands for something.”

What do TikTok natives think of Michelin?

Kim (AKA @DannyGrubs) wants to know more about the process of assigning stars and feels that anonymous inspectors are diametrically opposed to an individual speaking directly to the camera. The latter puts authenticity at the center, which is very important to the Gen-Z audience. The Eat the Capital founder still gives Michelin his due.

“One thing about Michelin, you tend to have a good dining experience,” says Kim. “It will be safe and there is a standard that will be maintained for cleanliness and the chef will be top notch.”

In a nod to the star rating system, some of the @DannyGrubs challenges ask chefs to make a “Michelin-level” soup or dish with only $10 worth of ingredients.

Does Michelin even need a TikTok strategy?

Liebmann doesn’t think so. To remain relevant in the following decades, Michelin should not jump around on new platforms but rather double down on its original mission: solving the question of where to travel to eat.

Of course, the original Michelin guide was founded to get French motorists to drive around the continent looking for good food while driving on Michelin tires (the origin story has also become an incredible meme).

But in terms of global coverage, it’s still early days: The guide didn’t even launch in America until 2005 before adding other major non-European economies in 2007 (Japan) and 2017 (China). And as my columnist Bobby Ghosh recently noted, it just came to Istanbul.

While Michelin obviously has an online presence now, the brand’s core products remain the physical guidebooks (over 30 million lifetime sales) and the live events to reveal star ratings.

In recent years, tourist boards have paid for the platinum Michelin brand to launch a guide for their cities (to be clear, this is just to get inspectors to show up). Per Eater, South Korea’s tourism board paid Michelin $1.8 million to launch a Seoul guide in 2016, and Thailand’s government paid $4.4 million over five years, starting in Bangkok in 2017.

An Ernst & Young report suggests that such money is well spent: 71% of frequent travelers are willing to “increase spending if there was a selection of the Michelin guide.”

As fate would have it, the newest Michelin star is much closer to me than Spain. It’s actually where I live: Vancouver (which also has a healthy supply of Aperol Spritzes). So stay tuned for a short 30-second video review detailing my first hometown Michelin meal.

This column does not necessarily reflect the views of the editors or Bloomberg LP and its owners. The column is by writer Trung Phan.