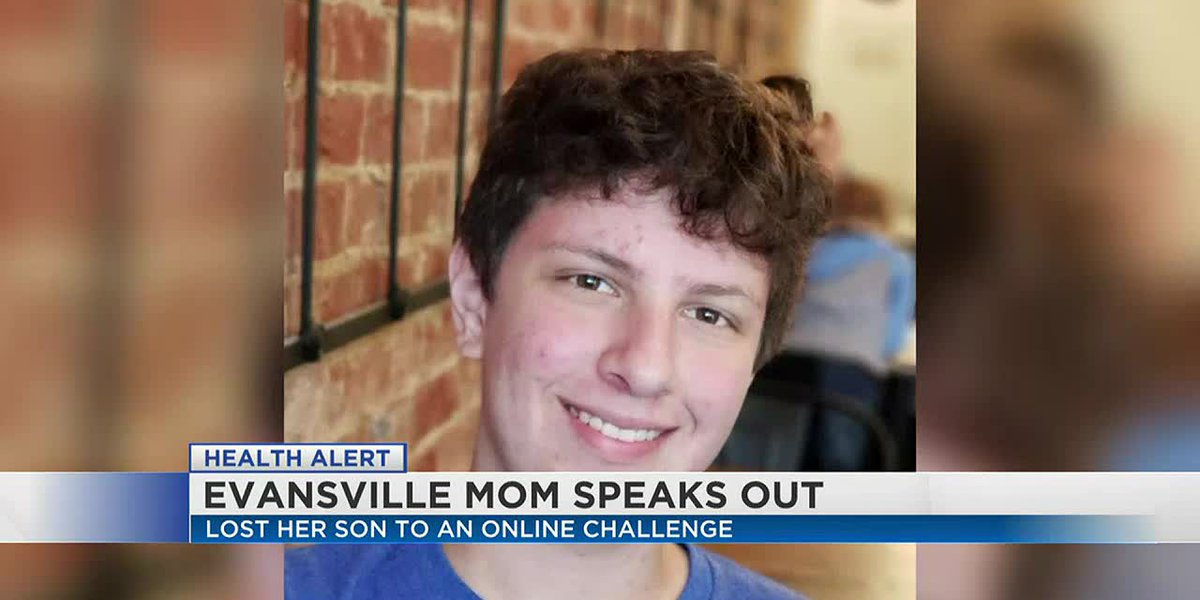 EVANSVILLE, Ind. (WFIE) – An Evansville mother who lost her youngest son in a challenge he saw on social media is speaking out.

15-year-old Mason Bogard donated his organs to five different people. He, like many other kids his age, took part in a viral internet “choking challenge”. Unlike his comrades, Bogard did not wake up.

And now his mother, Joann, is working to bring about change in a system she says is not focused on children.

“Every day that goes by without some kind of legislation in place, another child dies,” says Joann, “because these companies are billion-dollar companies and they don’t have laws telling them what they can and can’t do.”

Joann, along with a group of other moms, met with CEOs and leaders of social media platforms.

She says that after talking to them, she realized they had no interest in changing the way things were run.

“These platforms weren’t designed with kids in mind, so they’re exposed to harmful content, online challenges, cyberbullying, drugs sold online, just about anything you can think of that we’re trying to protect them from,” says Joann.

Joann says she and the others took it a step further and took their case to lawmakers.

She says they talked to about 15 lawmakers over the past few days, and having lawmakers and members of Congress hear their stories face-to-face, stories like Mason’s, is what makes the difference.

“When they see how hurt you are, and these are tears and pain that will never go away,” Joann says, “parents who lose their children or someone they love, it doesn’t go away.”

They are pushing for KOSA, the “Kids Online Safety Act,” hoping to enforce stricter rules on social media.

Joann hopes that if they can gain traction and get it approved, it may prevent other parents from having to bury their children.

“I was also that mom like a lot of us, thinking ‘not my kid. He’s too smart to do that. He would never do something like that,'” says Joann, “never say that. “Not my kid, ” should not be in our language. Their brains are not fully developed and they are children. That’s why we put these safety features in place.”

Here is the summary of the Kids Online Safety Act Bill:

This bill requires covered platforms (ie, applications or services that connect to the Internet and are likely to be used by minors) to protect minors from online harm.

A covered platform must act in the best interests of a minor using its application or service. This includes an obligation to prevent and mitigate increased risks of harm that may occur when using the Platform (e.g. sexual exploitation).

Covered Platforms must provide (1) a minor (or a parent) with certain safeguards, such as settings that limit access to a minor’s personal information; and (2) parents with tools to monitor the minor’s use of a Platform, such as controlling privacy and account settings.

A covered platform must also disclose specified information, including how, with respect to minors, the platform uses algorithms or targeted advertising.

Further, a covered platform must (1) allow minors and parents to report certain harms, (2) refrain from facilitating the promotion of products or services that are illegal to sell to minors, and (3) report annually on foreseeable risks of harm to minors caused by the use of the platform.

The bill provides for enforcement through the Federal Trade Commission and states.

In addition, the bill establishes a program to facilitate relevant public interest research and a council to advise on the implementation of the bill. It also requires guidelines for market and product research focused on minors and an evaluation of age verification options at the device or operating system level.