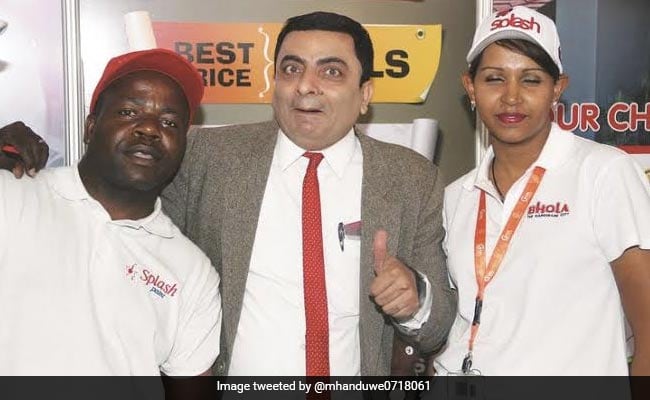 The comedian is hilariously known as “Pak Bean”.

Cricket fans from Zimbabwe and Pakistan engaged in a war of words over a non-cricket issue. The reason? Fake Mr. Bean. After Pakistan Cricket’s official Twitter account shared pictures of the player preparing for the Zimbabwe clash, a Twitter user named Ngugi Chasura responded to the tweet by saying: “As Zimbabweans we will not forgive you… you gave us once that Fraud Pak Bean instead. by Mr Bean Rowan ..we will solve the matter tomorrow just pray the rain will save you…#ZIMVSPAK.”

A Pakistani fan asked the context to which he replied that comedian Asif Muhammad, a Mr Bean look-alike, traveled to Zimbabwe in 2016.

As Zimbabweans we will not forgive you…you once gave us that Fraud Pak Bean instead of Mr Bean Rowan ..we will resolve the matter tomorrow just pray for the rain to save you….#ZIMVSPAK

A fake Mr Bean was once paid to come and perform in Zimbabwe in 2016. pic.twitter.com/IrM5pfqcoH

The Pakistani comedian participated in comedy shows, did road shows and was part of the Harare Agricultural Show.

The comedian is hilariously known as “Pak Bean”. During his visit to Zimbabwe, Fake Bean was also given a police escort.

The tug of war on Twitter went viral on social media and netizens had a field day.

Meanwhile, Pakistan faced a narrow four-wicket defeat at the hands of India in their opening match while Zimbabwe’s opening match of the Super 12 stage against South Africa was abandoned due to rain. It would be interesting to see what combination both teams go in for this crucial encounter.