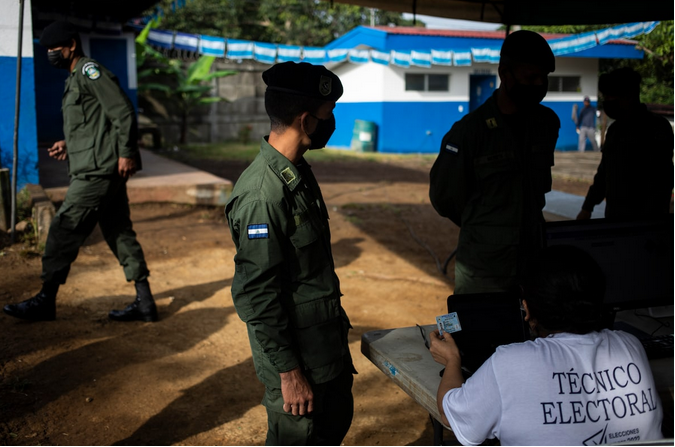 The heading i Washington Post ahead of Nicaragua’s local elections hinted at skepticism: “Nicaragua’s ruling party seeks to expand local vote” (11/6/22). The story itself, taken from a Unbiased Press report submitted from Mexico City, was worse, portraying the election as a “farce” carried out “under the absolute control” of the ruling Sandinista party. 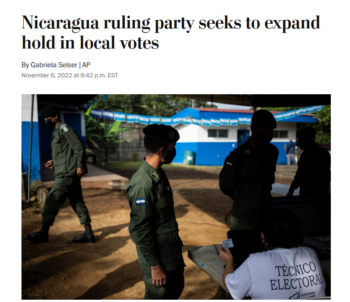 Why one might ask Post be interested in municipal elections in a small Latin American country, if not to support Washington’s attempt to discredit its government? The reality that the elections once again show that there is a thriving democracy in Nicaragua must be turned into an argument that they represent a “consolidation of Daniel Ortega’s totalitarian regime.”

On Sunday, November 6th, as a resident of Nicaragua for 20 years, I went to vote, and later toured various polling stations in Masaya, Nicaragua’s fourth largest city. At the start of a new four-year election cycle, mayors and councilors were elected for every town hall in the country, from the smallest to the largest – the capital, Managua.

Nicaragua has a well-organized system to provide everyone 16 years of age or older with an identity card, which automatically puts them on the voter’s list. On election day, 3,722,884 were eligible to vote.

In the last parliamentary election a year ago, 65% of registered voters took part. This time – not surprisingly given that these elections were local – the percentage was smaller (57%). Yet it was still very respectable in international terms: neighboring Costa Rica’s last local elections saw only a 36% turnout. Across the United States, only 15-27% of eligible voters voted in their last local election. In the UK, turnout in local elections is typically around 30%, and only in Scotland have a few small districts seen turnout exceed 57%.

Here is a summary of the preliminary results. On the day, 2.03 million valid votes were cast. (About 3.8%, or 80,000, were deemed invalid or spoiled.) Of the total, 1.49 million (73%) went to the Sandinista coalition and the rest to opposition parties. The vote for President Daniel Ortega’s party was enough to win the mayoral vote in each district, although the composition of each city council will depend on the proportional distribution of votes between the parties.

In the national compilation was the second largest share of votes Partido Liberal Constitucionalista (PLC); its 256,000 votes represented almost 13% of the total. Four small parties took the rest. There were four small towns where the total opposition vote exceeded that of the Sandinistas, but in each case the vote was split between different parties and the Sandinista candidate was elected mayor. 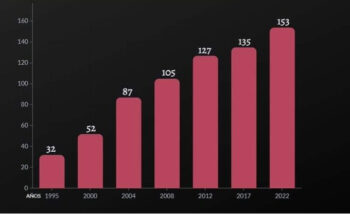 The number of mayoral positions won by the Sandinista Party has been increasing for years, even before the Sandinistas returned to power at the national level in 2006. (Chart: Bases Sandinistas.)

Given that the Sandinistas won 75% of the vote in the 2021 general election, Sunday’s result was fully expected. It reflects both the ruling party’s success in stabilizing the country after the violent 2018 coup attempt, the huge social investment program it is undertaking (for example, building 24 new public hospitals in the last 15 years) and the country’s successful recovery from the Covid pandemic with less damage on their economy than the neighboring countries experienced. The municipalities, which manage 10% of the state budget, have made important contributions to these efforts.

This is, of course, far from the image created by Ortega’s opponents. Brian A. Nichols, US Assistant Secretary of State for the Western Hemisphere, said before the vote that

Nicaraguans will once again be denied the right to freely and fairly elect their municipal leaders. As long as opposition leaders remain unjustly imprisoned or in exile, and their parties banned, there is no choice for the Nicaraguan people in yet another sham election.

Unsurprisingly, he ignored the crimes committed by so-called “opposition leaders” for which they had been tried and convicted. While a conditional amnesty in 2019 released those convicted of crimes in the 2018 coup attempt, some who organized violence had resumed doing so ahead of the 2021 elections, or had been convicted of money laundering or of actively seeking US intervention or sanctions. None of these “leaders” had ever stood in local elections, nor were they members of registered political parties.

As usual, the reports in the corporate media went along the same lines. According to Washington Post, the vote followed “an election campaign without rallies, demonstrations or even real opposition.” Various other media used the same story – e.g. ABC News (11/6/22) and the British Independent (11/6/22). Yet it was a complete lie: Scores of pro-Sandinista rallies and demonstrations had taken place across the country in the previous weeks, as well as much smaller opposition ones.

The party with the most opposition votes, the PLC, was arguably the ‘real’ opposition, as it was in power nationally just two decades ago and has won seats in all recent local elections. On the Caribbean coast, the regional Yatama party also won more than a third of the vote in several cities and has also recently been in power. 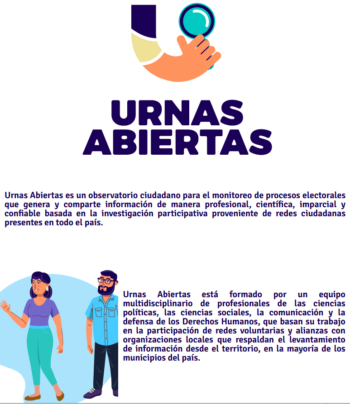 Who is Urnas Abiertas? Where does it get its funding? Its website gives no clue.

Just like a year ago, the corporate media cited the “evidence” of an obscure body called Opening of urns (“Open Ballots”) – cited in five of them AP the piece’s 22 paragraphs. No one knows who this group is or where its money comes from. (Its website gives no clue.)

In a report cited in corporate media, it claims that people queued at polling stations just because they were forced to vote. This relied on various messages purportedly from public sector officials urging their employees to vote – but if they did, of course, they did so in a secret ballot, and were free to support one of five opposition parties, or to destroy their ballot paper . In any case, when I visited several polling stations, I could tell that people voted enthusiastically, not out of compulsion.

Oddly enough, in a statement that seems to contradict its main point, Opening of urns also claims ridiculously that a whopping 82% of people abstained and that “the streets were empty.” In an article for the Council on Hemispheric Affairs (11/16/21), I showed that similar claims made after last year’s election were baseless. Social media offered anyway plenty of evidence of large numbers of people going to the polls on November 6.

If the claim had been correct, it would mean that the government faked almost 1.5 million votes. Opening of urns fails to provide any evidence of how this was done, in an electoral process that is strictly administered, involves some 70,000 officials and where all the competing parties have representatives scrutinizing every step. Apparently it didn’t either AP think to question Urns‘ claims. 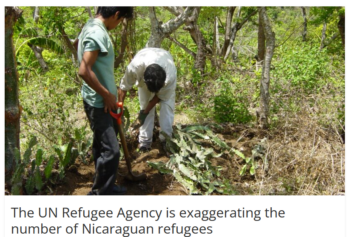 Other parts of AP report simply repeat Washington talking points. Apparently, “Nicaragua has been in political and social upheaval” since 2018, something that is invisible to people who actually live in the country. The government has “shut down some 2,000 non-governmental groups and more than 50 media outlets as it cracked down on dissenting voices,” a misrepresentation previously analyzed by FAIR (6/16/22). And “more than 200,000 Nicaraguans have fled the country since then [2018]mostly to neighboring Costa Rica,” a claim I dismissed in an article for COHA (6/29/22).

The corporate media is so engaged in State Department propaganda about Nicaragua that they can’t ask simple questions: Could this election and the previous one mean that Nicaraguans really support their government’s record? Why is Washington so strained before a small country’s local elections? Is it the case that Nicaragua’s democratic achievements are once again the “threat of a good example”? After all, in countries that claim to be superior democracies, a much smaller percentage of their voters actually manage to vote. Instead of subjecting Nicaragua to increasingly harsh sanctions, Western countries should ask themselves whether they might learn something from a government that manages to win and maintain such a high level of popular support.

FAIR’s work is supported by our generous donors, who allow us to remain independent. Donate today to be a part of this important mission.