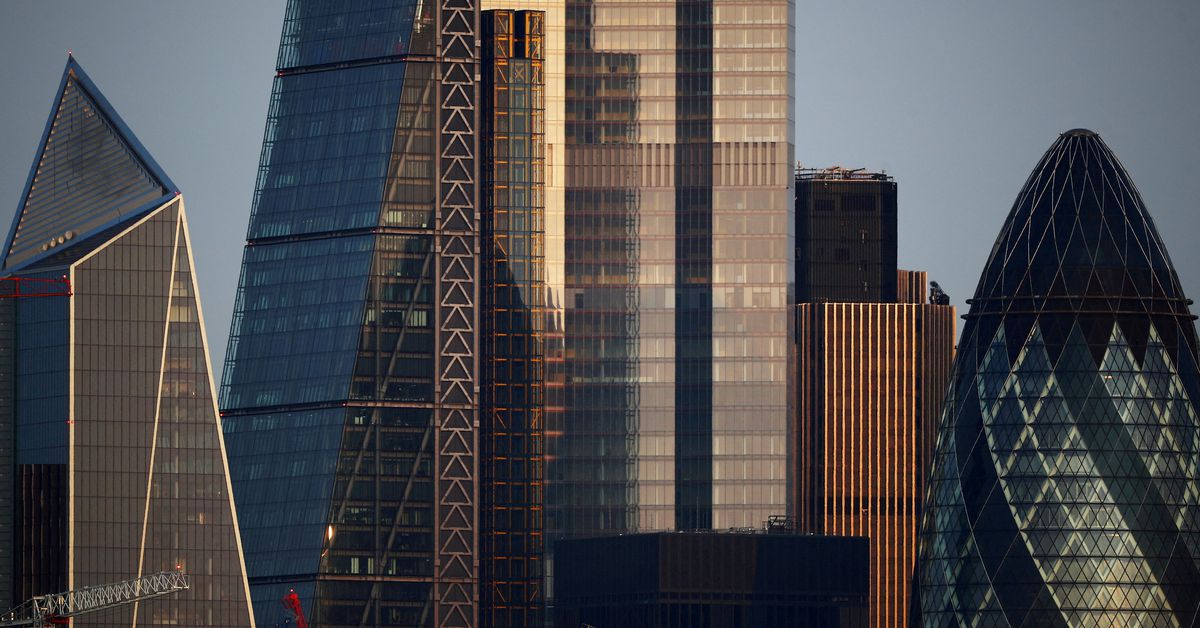 LONDON, Nov 18 (Reuters) – Credit funds at Blackstone, Apollo, DZ Bank and Astra Asset Management are getting cheap offers from UK pension funds as they scramble for cash, and some say pension schemes are still shedding assets as pressure continues.

British defined benefit pension funds were caught up in market turmoil in September due to the UK government’s plans for unfunded tax cuts, forcing them to quickly sell assets to raise cash.

Hedge funds and private equity firms have taken advantage of the forced sales to secure deals – including certain portions of collateralized loan obligations (CLOs), securities invested in by pension funds.

Credit funds are already making juicy profits on some of these trades. Spreads on top-tier “AAA” CLO tranches have tightened, based on prices described by Union Investments and Astra Asset Management, suggesting that funds could make money if they sell them back to the market.

CLOs are securities backed by a pool of loans taken out by companies with high levels of debt and typically non-investment grade credit ratings. Most CLO deals are traded over the counter.

The biggest discounts occurred at the height of the LDI crisis but prices on CLO tranches have recovered slightly, said Alexander Ohl, senior portfolio manager at asset manager Union Investments, the investment arm of DZ Bank group in Frankfurt. Ohl confirmed that his fund had purchased the A-rated CLO tranche at a discount.

“All of this sales interest is finding interested buyers, which means demand is there at this broader level,” Ohl said.

“We continue to see from pension funds, a consistent liquidation in the CLO market, although it is much more orderly now than at the height of the LDI crisis,” said Anish Mathur, chief investment officer of Astra Asset Management, who said his firm had been buying CLO tranches at a discount.

Mathur, who manages $419 million, said what makes selling CLOs beneficial to pension funds is that the sales only come at a 10% to 15% discount, compared to the 70% discount on 30-year UK government bonds.

“If they had gone into fixed income – they would have been completely destroyed,” he said.

Jonathan Gray, Blackstone’s ( BX.N ) chief operating officer, said in the company’s third-quarter results presentation that the private equity firm had bought CLO paper sold by pension funds at the height of the crisis.

Scott Kleinman, co-president at Apollo Global ( APLTR.UL ) said that CLO trading volume jumped to 800% above average and during that time, its annuity provider arm, Athene ( ATH_pa.N ), bought $1.1 billion of AAA and AA Tranches of CLOs.

Although the defined benefit pension fund’s sale of the CLO tranche carries a small discount to UK government bonds, this will still leave a gap in the pension fund’s balance sheet that requires more cash or equivalent investments.

This is because these pension funds must match their portfolios with what they will owe retired members.

Raj Mody, head of global retirement consulting at PwC, says this is why the sale of CLO paper continues.

“It’s only been two months since the peak of market pressure for these funds. Although the market has calmed down, some pension funds are still dealing with the implications,” said Mody.