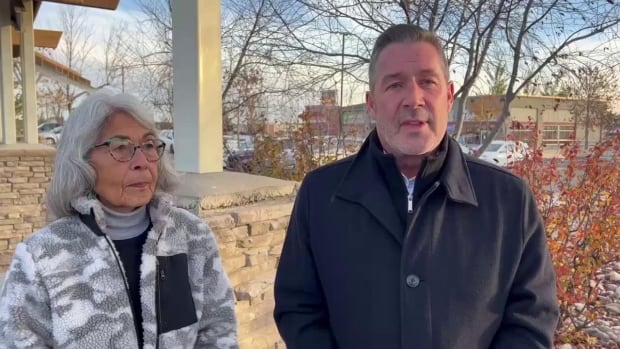 A Calgary city councilor is stepping down from council committees and boards after a series of videos posted on social media purporting to implicate him engaging in racial taunts against Indigenous people.

Last week, Ward 13 count. Dan McLean apologized after a series of videos were posted on social media. In these videos, a group of men engage in a racist taunt against the indigenous population. The men are talking to an unnamed person not seen on camera who is said to be McLean.

On Tuesday during a council meeting, McLean said he would give up his committees and boards and sit with a circle of elders to “learn to grow, change and get better.”

McLean has been replaced by Coun. Andre Chabot as the City of Calgary’s Gray Cup representative.

Calgary Mayor Jyoti Gondek said after the videos emerged that she spoke with indigenous leaders and elders.

“These conversations were sparked by the emergence of a video last week that was racist and included a member of our city council. I asked for Indigenous perspectives, advice and expectations for our next steps as a council,” she said.

“I was also told that it is not the mayor’s place to speak for Indigenous people. But it is my responsibility to call out racism and it is our council’s responsibility as well.”

Gondek asked McLean if he would agree to meet with a circle of elders to be assembled by Rose Crowshoe and Reg Crowshoe.

In the videos, the men perform racist caricatures of indigenous people, at one point mocking an indigenous woman with a made-up vulgar surname.

After McLean’s time with the elders, he will report back to a public council meeting with a path forward for restoration, which must be approved by the elders.

“I want to take responsibility and show that I’m willing to learn to grow, change and get better. It starts with the circle of elders,” McLean said.

“I want to thank my fellow councilors and Indigenous people for giving me this great opportunity, and once I sit with elders I will have a more informed way to demonstrate my commitment to truth and reconciliation and anti-racism.”