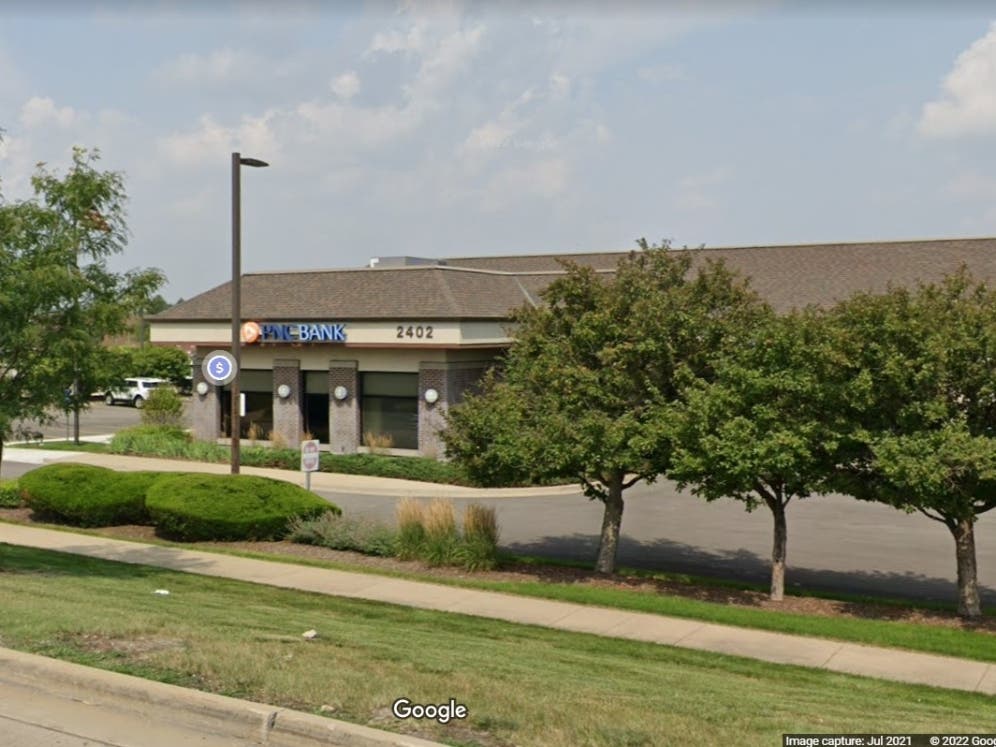 According to Joliet police, a man entered PNC Bank and handed the teller a note announcing a robbery. The bank robber then fled the area after taking an undetermined amount of cash.

Joliet police described the robber as a possible Hispanic male, approximately 25 to 30 years old, with a beard. He was wearing a medical mask, glasses, a black hat, a black jacket and blue jeans. No injuries were reported in this crime.

Officers remained at the scene until representatives from the Federal Bureau of Investigation arrived and took over the investigation, Joliet police spokesman Dwayne English said.

On Saturday, another Route 59 bank was robbed, the Heartland Bank & Trust Company in Plainfield.

Get more local news delivered straight to your inbox. Sign up for free newsletters and Patch alerts.

To request removal of your name from the arrest report, submit these necessary items to arrestreports@patch.com.