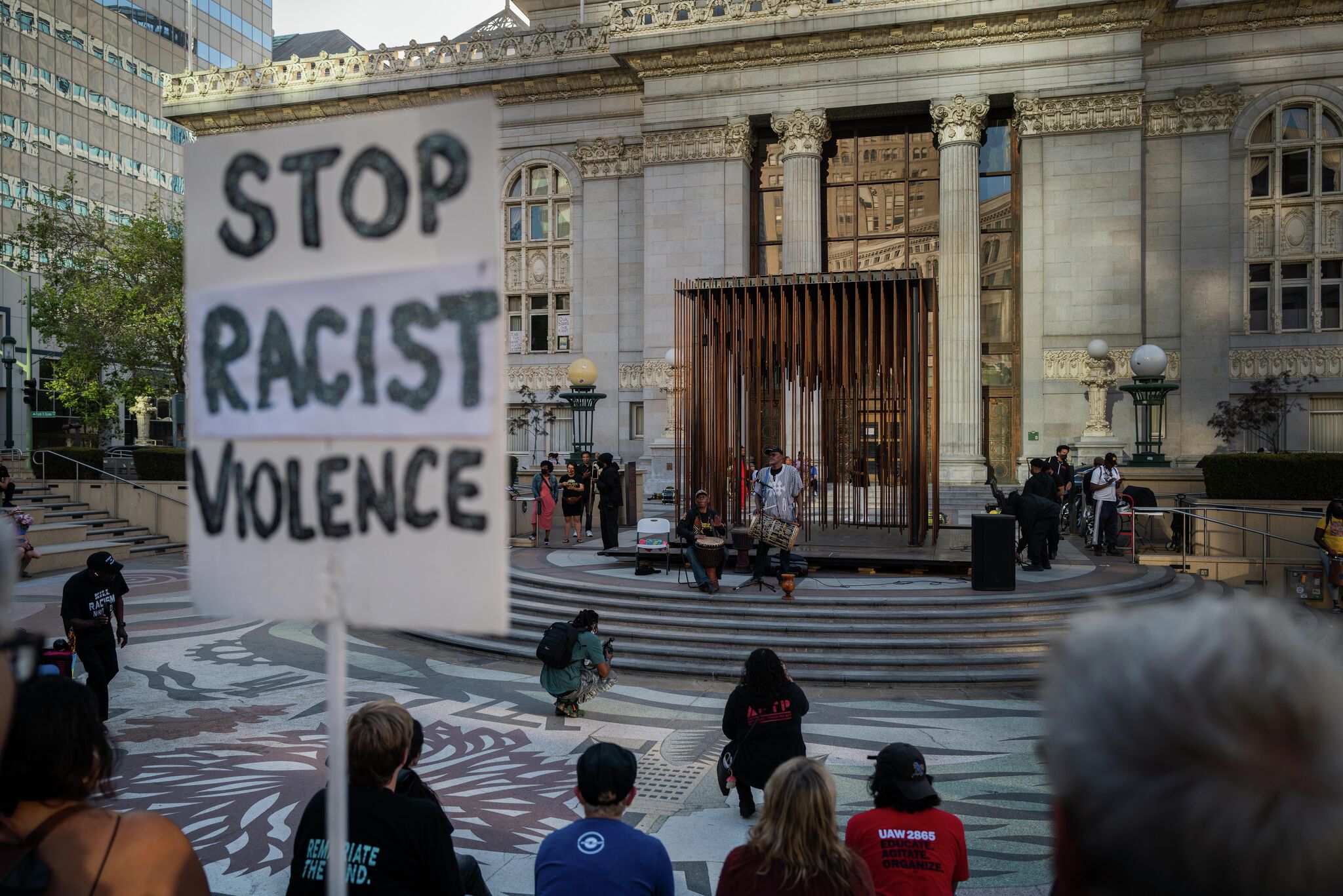 Payton Gendron was 18 in May when authorities say he drove 230 miles across upstate New York to a Tops Markets store in Buffalo and shot 13 people. He wrote in a manifesto that he chose the supermarket because its customers were mostly African-American; all 10 people who died were black. He hurt a white man and apologized; the black people he hurt he finished, according to prosecutors. Gendron said he was determined to stop the destruction of white supremacy and to inspire others to follow his lead, so he live-streamed his attack via Twitch, a platform owned by tech giant Amazon. He also said he found out everything leading up to the May 14 massacre online.

“There was little or no influence on my personal beliefs by people I met in person,” he said.

On November 13, 2015, Nohemi Gonzalez, a 23-year-old first-generation student from Long Beach, was shot dead at La Belle Equipe cafe in Paris by gunmen loyal to the Islamic State terrorist group known as ISIS. She was one of 129 people killed throughout the night, at a football stadium, restaurants and a concert hall. Her family says in a lawsuit that the killers learned to hate online, thanks to Google, which “repeatedly recommended ISIS videos to users likely to be receptive to the calls for terrorism those videos conveyed, and did so at a time when ISIS recruits … carried out or attempted mass murder in the United States and Europe.”

The killings in Buffalo and Paris have sparked legal challenges to the rules of online communications and are giving voice to a wider realization that the internet has become a civil and moral scourge, allowing grotesque dogmas to be popularized and innocent people to be harmed. With tech billionaire Elon Musk’s purchase of messaging giant Twitter, public revulsion may deepen. Musk has denounced “content moderation” – the blocking of problematic material – as an infringement on free speech and has hinted that ex-president Donald Trump, who was kicked by Twitter for calling for the attack on the US capital on January 6, 2021, will be reinstated.

Now, after the Buffalo massacre, New York State Attorney General Letitia James, in a withering 47-page analysis, called on the state to criminalize live-action murders and subject anyone who distributes images created by the killers to damages. Most importantly, James called on Congress to remove the federal law that shields Internet companies from lawsuits over damages caused by posts they carry and requires Google and YouTube to take reasonable steps to block violent content that could inspire copycats.

It’s the same federal immunity that underlies the lawsuit against Google brought by Gonzalez’s parents, which is going before the US Supreme Court this term.

Protecting Internet services from liability for their posts became law in the Communications Decency Act, passed in 1996 when the Internet was young. Then the platforms could probably claim that they were passive message boards where users posted what they wanted others to see, acting on their own and giving operators little opportunity to intervene. The services themselves had, or sought, no more control over what was posted than the telephone companies had over what callers said to each other. Hence the immunity written into the act as the infamous section 230.

These days, the argument goes, the entire business of Internet services has undergone a radical transformation. Social media are no longer docile whiteboards, social media are mega-businesses built on aggressively monitoring and manipulating user behavior – dangling incentives and marketing content with perfect lures, all to maximize the time users spend online and reap the ad revenue their engagement brings .

The Gonzalez case the Supreme Court will hear pays particular attention to “recommendation algorithms” — software that collects behavioral data and applies inferences about taste and receptivity to customize the options users choose from. It is this type of software that identified the young men whose cultural and political sympathies primed them for indoctrination that turned them into ISIS killers. The algorithm basically became a recruitment tool.


It’s a terrifying picture, and regardless of your passion for expressive freedom, it’s impossible to justify standing by as the world’s most powerful and advanced communication media is used to create killers.

And, let’s be clear, to make money. The picture goes from terrifying to obscene when the question of revenue is included. With paid advertising woven into the social media experience, links to content associated with images from the Buffalo shooting exposed users to ads and generated revenue. The New York attorney general’s report could not say how much. Among the ads, the New York Times reported, were promotions related to a horror movie, clothing stores and video streaming services. A copy of the suspect’s 22-minute video — which was stopped two minutes after the actual shooting — appeared on an obscure site that more famous sites linked to and was viewed more than 3 million times. A Facebook link to that site remained up for more than 10 hours, the Washington Post found, drawing about 500 comments and 46,000 shares.

There is nothing simple about the choices that the outrage over Internet-enabled slaughter forces upon us. Stripping online services of their immunity from injury claims will strike fear into the wallets of even the most opulent of them, and they’ll no doubt crack down on posts they should probably leave. I myself have argued that the lackluster political response to school shootings may be a byproduct of the news media’s refusal to let the public actually see images of the carnage—images that the New York attorney general’s proposal could now ban.

But a cornerstone of socially responsible media operations must be accountability. We trust our legal system to uphold standards of justice and allow people who have been hurt to, within the limits of what is possible, be made whole. Once there might have been an argument for Internet immunity. No longer. Now it is clear that, like other powerful institutions, social media cannot be above the law.

Edward Wasserman is a professor and former dean of the Graduate School of Journalism at UC Berkeley.