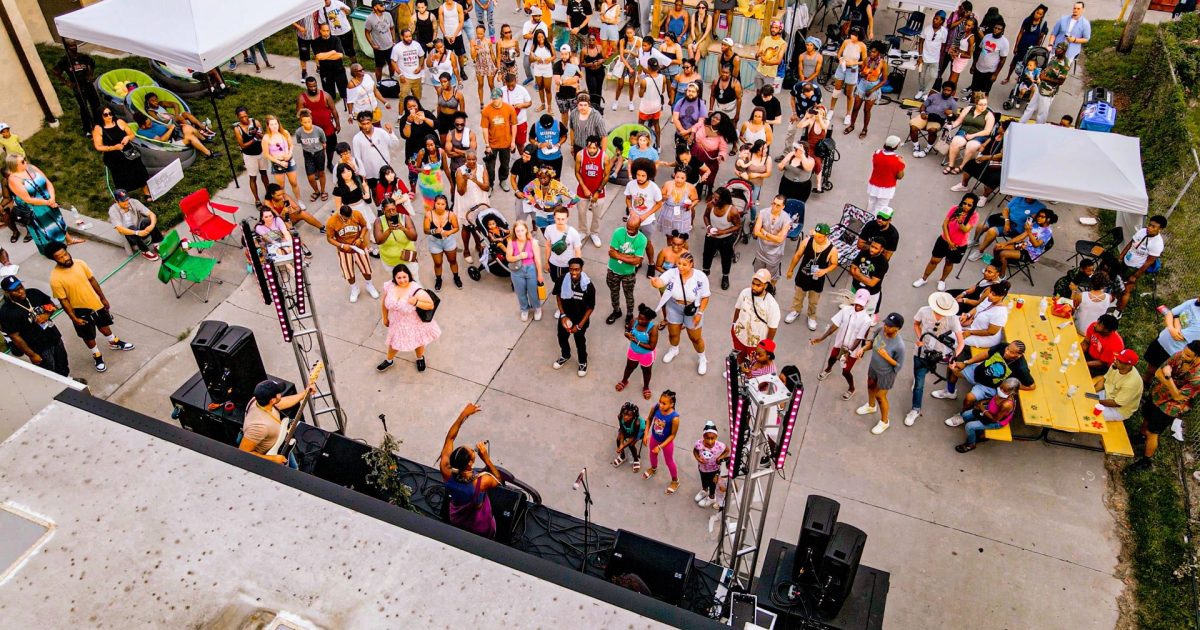 Omaha, Neb. North 24th Street is the historical and cultural heart of the city’s black community. It’s also one of the many communities that Omaha Mobile Stage (OMS), a new mobile venue development project, has begun to expand and elevate.

Created in 2021 in response to the artist victims of the COVID-19 pandemic, OMS is an accessible, adaptable and transportable mobile venue created from a repurposed truck. In its early years, it became an important part of the process of supporting the North 24th Street Corridor’s diverse arts community, rich athletic legacy and civil rights history, especially as the corridor recovers from the pandemic and experiences demographic and economic changes.

Throughout the pandemic, artists and creatives have been, and continue to be, among the hardest-hit segments of the nation’s workforce. Recognizing this challenge, Partners for Livable Omaha (PLO) designed OMS to be a flexible, safe, and attractive place for communities to connect with each other, activate public spaces, and revitalize the city’s social, creative, and economic life.

OMS has five goals for creating a creative place:

After conceiving the idea, PLO began a multidisciplinary collaboration of Omaha and Lincoln leaders in design, performance, education and placemaking to make it a reality. Students from FACT (Design/Build Studio at the University of Nebraska-Lincoln College of Architecture) set to work to transform an 18-foot box truck into a mobile stage that can be easily set up for all types of performances.

To help complete the design/build phase, the project received $60,000 in-kind funding from its architectural, engineering, electrical and university partners. Our team at PLO also raised and contributed nearly $75,000 for the initial purchase of the truck and conversion into a mobile performing arts venue.

After nine months of construction, we were ready to go and decided to focus our first season of performances on hosting events in historically disadvantaged communities that were disproportionately affected by the pandemic. These were also the same communities that had less access to arts education than wealthier neighborhoods before the pandemic.

All of our productions were free and aimed at both ‘traditional’ and ‘non-traditional’ performing arts audiences (the former being those who may regularly attend galleries, theatres, etc., and the latter those with less formal exposure to the arts). We also wanted to make sure that families without the budget for the arts scene could attend and build communities with their neighbors.

By hosting performances in public spaces and close to schools, senior and community centers, and revitalizing main streets, we’ve worked to make the arts easily accessible to people of color, immigrant populations, seniors, people with disabilities, income households, and others who might otherwise have limited access to live performances. One example is Pull Up and Vibe, an open mic series and community experience created by Keiria Marsha. It is hosted by the Healing Roots African Diaspora Garden, a community garden and placemaking project run by residents of North Omaha. It is adjacent to the busiest bus stop on North 24th Street, the developing North Omaha Trail, and several schools and community and senior centers. .

The arts can have a significant economic impact on communities and individuals. Before the pandemic, the industry generated $166 billion annually, according to a national study of the economic impact of the nonprofit arts and culture industry. audience costs.

OMS is seeking a similar economic boost to Omaha. Its events create opportunities for neighborhood businesses, pop-up vendors and food truck operators who benefit from event-related spending before, during and after the shows.

As Manne Cook, director of urban development at Spark CDI and founder of Omaha’s Fabric Lab and North Omaha Trail, said, “The Omaha Mobile Stage provides an opportunity to reignite the North 24th Street corridor’s historic music and performing arts culture by creating a platform for communities. come together and express yourself”.

In the coming months and years, OMS will continue to serve Omaha’s various neighborhoods, along North 24th Street and beyond. For example, in 2022 in September, OMS began hosting a traveling citywide youth talent show. in 2023 the series will expand to serve locations throughout the Omaha metro area and will be combined with workforce development programs.

We hope that OMS will continue to harness the power of creative placemaking for community benefit, contributing not only to expanded access to the arts, but also to new forms of social capital, innovation and civic engagement.