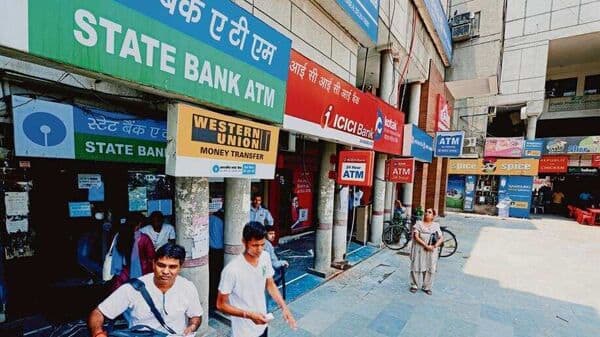 Most banks reported better profit figures and stronger margins in the September quarter, helped by a combination of an increase in advanced lending rates and a delayed increase in deposit rates.

Analysts expect repricing to occur gradually over the next year as existing deposits are renewed over time, and new deposits come at higher costs.

Until now, banks have refused to raise deposit rates, but the shift from an abundance of liquidity to a near-deficit has favored savers.

Banks face the challenge of bringing savers back into the fold, some of whom have migrated to other investment options.

As Kotak Mahindra Bank told analysts on October 22, some savings deposit customers have abandoned other instruments.

“And as interest rates have tightened, we have seen a slight decline, particularly in the savings account book, mainly due to our high net worth and affluent client base, many of whom have moved their money from savings deposit rates to liquid. and fixed income instruments, which offer higher short-term rates,” said Uday Kotak, managing director and chief executive, Kotak Mahindra Bank.

Kotak said that future spreads and prices will depend on the percentage of current account deposits and low-cost savings, the cost of other deposits growing relative to loans, and the terminal rate for the benchmark repo.

In recent weeks, banks have tried to recover lost deposits through higher interest rates for a limited period and through regular rate increases on new deposits. For example, State Bank of India (SBI) recently raised deposit rates by up to 80 basis points (bps).

India’s largest bank has offered an increase of 80 basis points to new depositors who are willing to deposit their funds for 211 days to less than a year.

Others such as Canara Bank, Yes Bank and IDBI Bank have also introduced special festive offers for deposits, indicating increased competition for funds.

“My sense is that deposit rates will rise sharply in the next six months, and that will have a bigger impact on banks than credit cost slippage,” said Prakash Agarwal, director and head of financial institutions, India Ratings and Research. .

According to Agarwal, there may be a compression in net interest margins over the next 12 months as the deposit base reprices.

Without giving any specific guidance, other bankers also said there are various factors that will determine margins in the coming quarter.

Amitabh Chaudhry, chief executive of Axis Bank, said some deposits will be repriced, and given that overall interest rates may continue to rise, there is potential in the future that the cost of bank deposits will rise faster than he sees.

“On the contrary, the effect of the increase in some of the marginal costs of the funds-based lending rate (MCLR) will continue to occur. We also expect to see high yields in some of our asset classes. And that will also take time to enter our system,” he told analysts on October 20.

Bankers said that while margins are expected to shrink, it will not be significant.

The gap between credit growth—still largely driven by retail—and deposit growth is among the highest ever.

For the two weeks ended October 7, non-food credit grew 18.4% from a year earlier compared to deposit growth of around 9.6%, with the latter declining gradually since the start of the year.

Gopika Gopakumar contributed to the story.