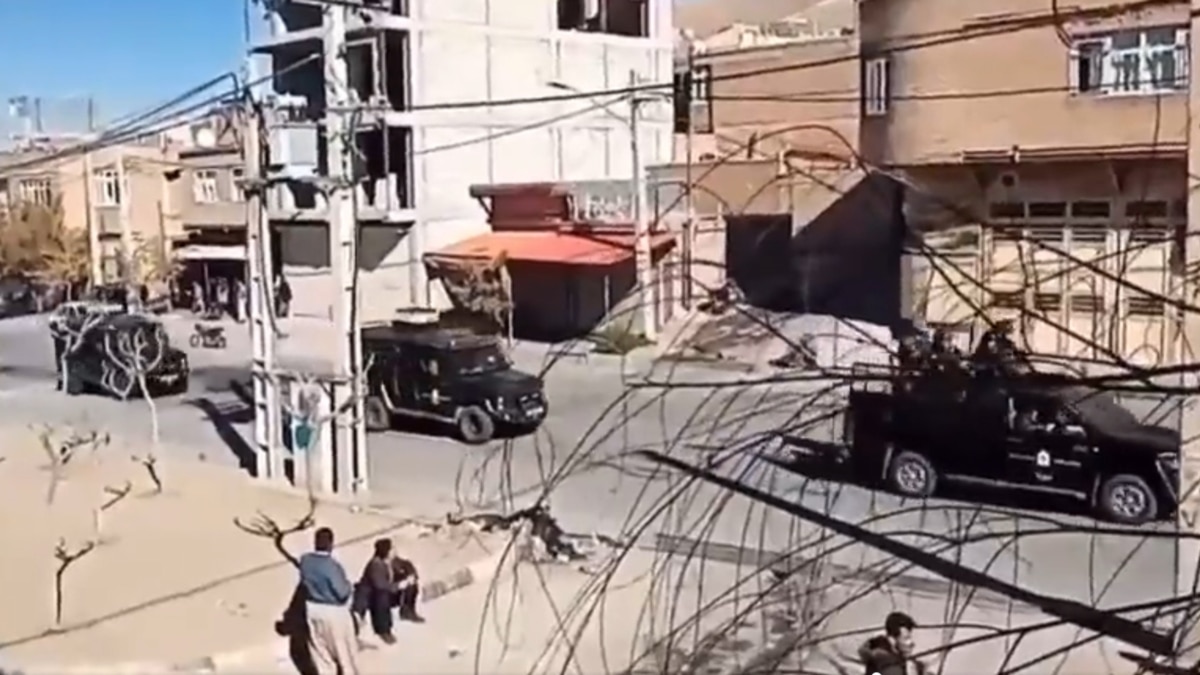 Nationwide protests, sparked by the September death of 22-year-old Iranian Kurdish woman Mahsa Amini in the custody of the morality police, have been most intense in the areas where the majority of Iran’s 10 million Kurds live.

Videos on social media, which could not be verified by Reuters, showed a convoy of military vehicles carrying heavily armed troops, allegedly in the western city of Mahabad. The sound of heavy weapons could be heard in several other videos.

In a statement carried by state media, the Guards confirmed they were “strengthening” their forces in the northwestern Kurdish region to confront “terrorist separatist groups” in the area.

“The security of the people is our red line … and dealing with terrorists is our mandate,” the statement said.

Iranian authorities, who have blamed Amini’s death on pre-existing medical conditions, say the unrest has been provoked by foreign opponents and blame armed separatists for the violence.

“Disturbing news is emerging from the Kurdish areas, especially from Mahabad … pressures and crackdowns will lead to further discontent,” Abdolhamid tweeted.

Iran’s state media said calm had been restored to the area. But activists and Hengaw said on Twitter that “resistance” continued in several Kurdish towns.

“In (the Kurdish town of) Marivan, repressive forces have opened fire on people,” Hengaw said.

The uprising has turned into a popular revolt by angry Iranians from all walks of life, posing one of the boldest challenges to the clerical leaders since the 1979 Islamic revolution that swept them to power.

Ehsan Hajsafi, a soccer player who normally plays in Athens, on Sunday became the first member of Iran’s national team to speak out from the World Cup in Doha in apparent support of the protests at home. Other players have remained silent, and some activists have called for protests against the team.

The protests have stretched into a third month despite the violent state crackdown and death sentences handed down to at least six protesters.

Rights activist HRANA said 410 protesters had been killed in Saturday’s unrest, including 58 minors. Some 54 members of the security forces were also killed, it said, adding that more than 17,251 people have been arrested. The authorities have not provided any estimate of any wider death toll.

Two Iranian actresses, who had posted pictures of themselves on Instagram without the mandatory headscarf in solidarity with the protest, were arrested on Sunday for inciting protests, Iranian state media reported.

Videos posted on social media showed Iranians in several other cities continuing the protests, from Tehran to the northwestern city of Tabriz, where they called for the overthrow of the Islamic Republic and chanted, “Death to (Supreme Leader Ayatollah Ali) Khamenei.”