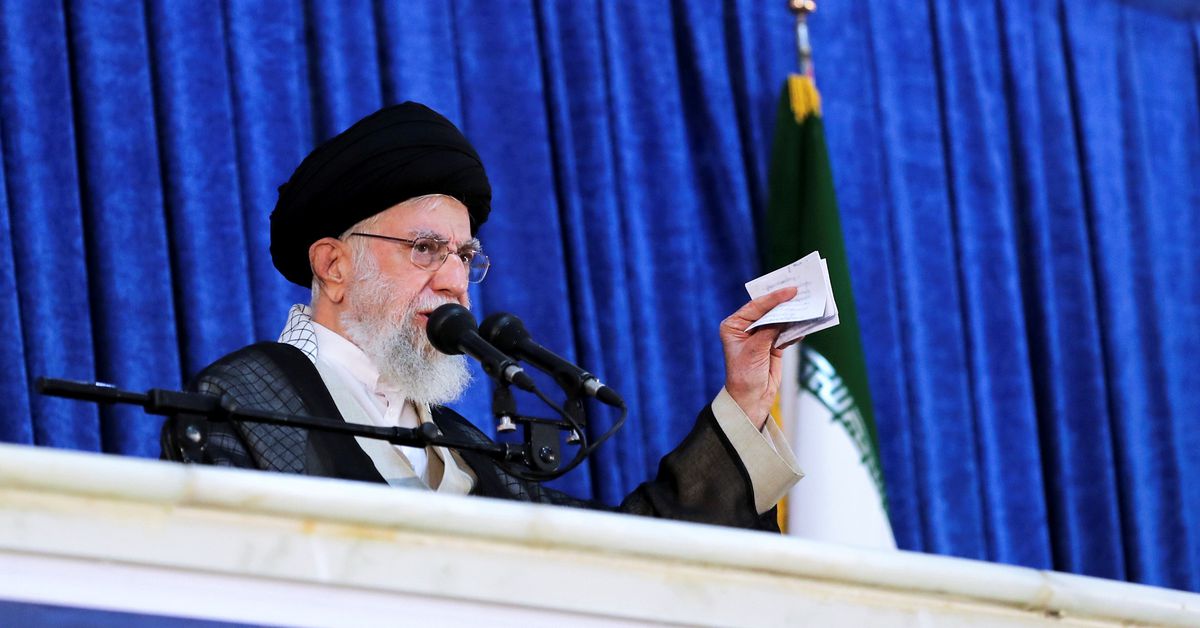 Nov 18 (Reuters) – Video footage showing late founder of the Islamic Republic Ayatollah Ruhollah Khomeini’s ancestral home in Iran on fire has been widely shared on social media, with activists saying it was torched by protesters.

However, the semi-official Tasnim news agency denied that Khomeini’s house was set on fire and said a small number of people had gathered outside the house.

Social media videos show dozens of people cheering as a flash of fire ignites a building.

Reuters could not independently verify the dates when the videos were filmed. The activist network 1500Tasvir said the incident occurred on Thursday night in Khomeini’s hometown of Khomein, south of the capital Tehran.

Posts on social media said the house had been converted into a museum.

“The report is a lie,” the Tasnim news agency said, adding: “the doors of the house of the late founder of the Great Revolution are open to the public.”

Nationwide protests that have gripped Iran were ignited by the Sept. 16 death of young Iranian Kurdish woman Mahsa Amini, whom the morality police had arrested for violating the Islamic dress code.