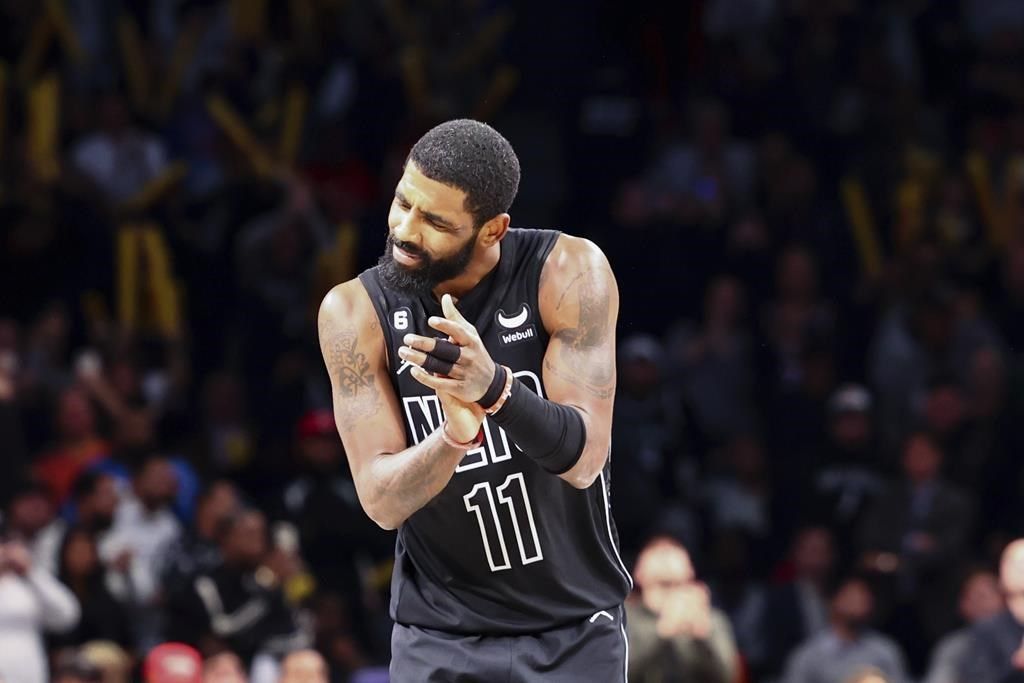 Irving will not speak Tuesday amid social media posts

NEW YORK (AP) — Kyrie Irving did not speak to reporters again Tuesday as the Brooklyn Nets decide how best to respond to the fallout from the star guard posting a link to an anti-Semitic video on social media.

Irving defiantly defended himself and his right to post whatever he thinks after the Nets’ game on Saturday, and general manager Sean Marks said the team didn’t want to create any further “fuss” by Irving speaking again after Tuesday’s game.

“I think everybody knows he’s going to have to answer these questions at some point and he hasn’t shied away from it before,” Marks said. “But I think the last post-match meeting didn’t go well and we’re not trying to cover it up, I think this is something that needs to be addressed, but let’s deal with it in the right way.”

Irving was held to a season-low four points in the Nets’ 108-99 loss to Chicago. He shot 2 for 12 and missed all six of his 3-point attempts.

Marks said the controversy surrounding Irving was not the catalyst for the team moving on from coach Steve Nash on Tuesday. But it’s another headache for a team that struggles on the court and alienates fans. Some wore “Fight Antisemitism” shirts as they sat courtside in the Nets’ win over Indiana on Monday.

Irving, who deleted the Twitter post on Sunday, did not speak to the media after Monday’s game.

Marks said the organization is in discussions with the Anti-Defamation League to get advice on the best course of action with Irving. Irving will continue to play in the interim, but not speak for at least one more game.

“At some point he’s going to come here and do the media again, but I think at this point we don’t want to create more commotion right now, more interaction with people,” Marks said. “Let’s let him simmer down and let’s … I guess let’s let cooler minds prevail. We’ve got to go out and educate ourselves, educate the whole group and get some guidance, seek the experts, and one of them is really ADL.”