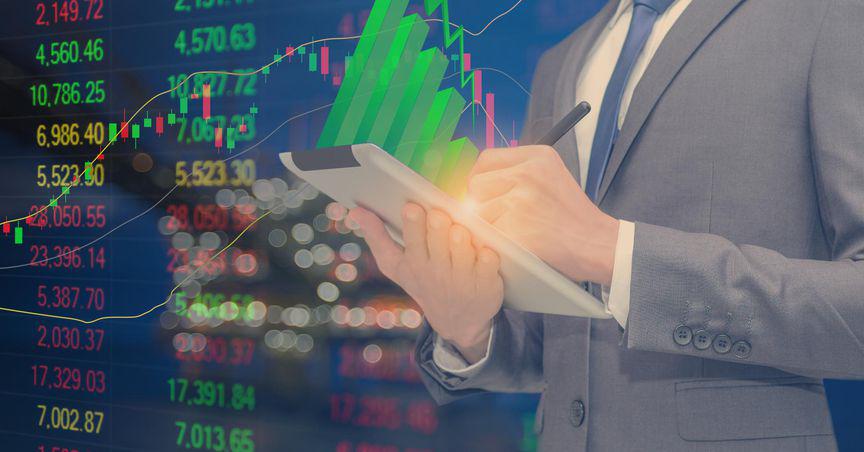 The cannabis industry in Canada has seen both ups and downs in recent years. Many of these companies have taken the plunge by acquiring the necessary licenses and engaging in product and brand expansion. With their rapid growth and rapid development, they have taken their share of the market.

With the growth of the sector, governments on a global level are moving towards legalizing the use of cannabis. The S&P/TSX Cannabis Index experienced a QTD (quarter-to-date) increase of 24.84 percent and had an adjusted market capitalization of C$8.751 billion at the time of writing.

Senate Majority Leader Chuck Schumer has reportedly stressed that Congress is likely to pass marijuana legislation that includes provisions to give legal businesses access to banking services. SAFE banking could lead to a transformation in the cannabis industry as it would create more demand.

As an investor, look at the stock’s past and current performance along with their company valuations. Sector growth and stock growth are different concepts and should be taken that way. Be sure to go with in-depth research on your stock and the market. This will facilitate the understanding of your portfolio in an efficient manner.

Here we explore five cannabis stocks and their recent performances:

Cronos Group is engaged in the sale and cultivation of recreational and medicinal cannabis. It is headquartered in Toronto and operates under the medical brand Peace Naturals. In addition to this, there are two other leisure brands owned by the company – Cove and Spinach.

The company’s stock experienced a QTD increase of 17.57 percent along with an increase of 13.18 percent in the last five days.

Tilray is a company that grows and sells medical and recreational cannabis. In 2021 legacy Tilray was acquired by legacy Aphria which was a reverse merger and renamed itself Tilray.

There was a decline in gross profit which was recorded at US$48,614 million from US$50,955 million for the same competitive period. The company saw an MTD (month-to-date) increase of 46.05 percent.

On September 22, 2022, the company announced that its subsidiary FL Group SRL received approval from the Italian Ministry of Health to distribute and import its THC25 medical cannabis oral solution throughout Italy. 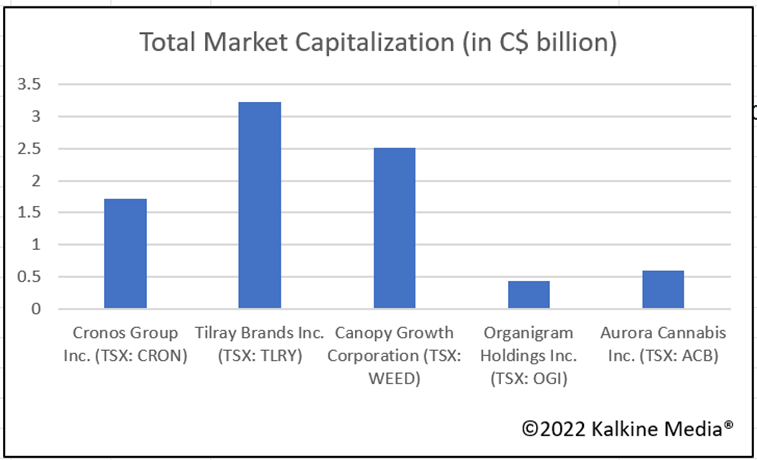 Canopy Growth Corporation deals in recreational cannabis and is engaged in its sale and cultivation. The company is headquartered in Smiths Falls. The company operates primarily in Canada but has its production and distribution licenses in more than a dozen countries. This facilitates the company in its expansion plans in global medical cannabis.

In the first quarter of 2023, Canopy Growth’s net sales were reported at C$110.1 million, showing a decrease of 19 percent. EBITDA is reported with a loss of C$75 million, which was a decrease of 18 percent.

On October 25, 2022, the company announced that it has entered into an agreement with Canopy Growth Corporation and Canopy USA, LLC.

OrganiGram Holdings Inc. operates as a licensed producer of cannabis products and is based in Canada. Primarily, the company addresses adult recreational consumers and patients with cannabis that grows indoors.

In the third quarter of fiscal year 2022, the company’s gross revenue was recorded at C$55.2 million, which was an increase of 26 percent higher than in the second quarter of 2022.

Net sales were reported at C$38.1 million, which was an 88 percent increase from the year-ago quarter. Adjusted EBITDA grew to C$583.

Aurora Cannabis is involved in the sale and cultivation of recreational and medical cannabis and is headquartered in Edmonton, Canada. The company’s brands include- San Rafael ’71, Aurora, Daily Special and CanniMed, MedReleaf, etc.

On August 25, 2022, the company announced its acquisition of controlling influence in Bevo Agtech Inc.

On May 5, 2022, the company announced the completion of its acquisition of TerraFarma Inc.

Pot stocks occupy a significant share of the market and should be operated with a long-term strategy. Before investing, study the fundamentals and analyze the stock movements carefully. Many investors do not consider past performance.

Be sure to look at the big picture before choosing your stocks. In addition to this, implement the diversification factor to your portfolio and be prepared. The market works in a certain but still uncertain way. Be ready for the swings and design your risk mitigation strategy to stay relevant in the long run.

Note that the above content constitutes a very preliminary observation based on the industry and is of limited scope without any in-depth fundamental valuation or technical analysis. Any interests in stocks or sectors should be carefully evaluated taking into account the risks.