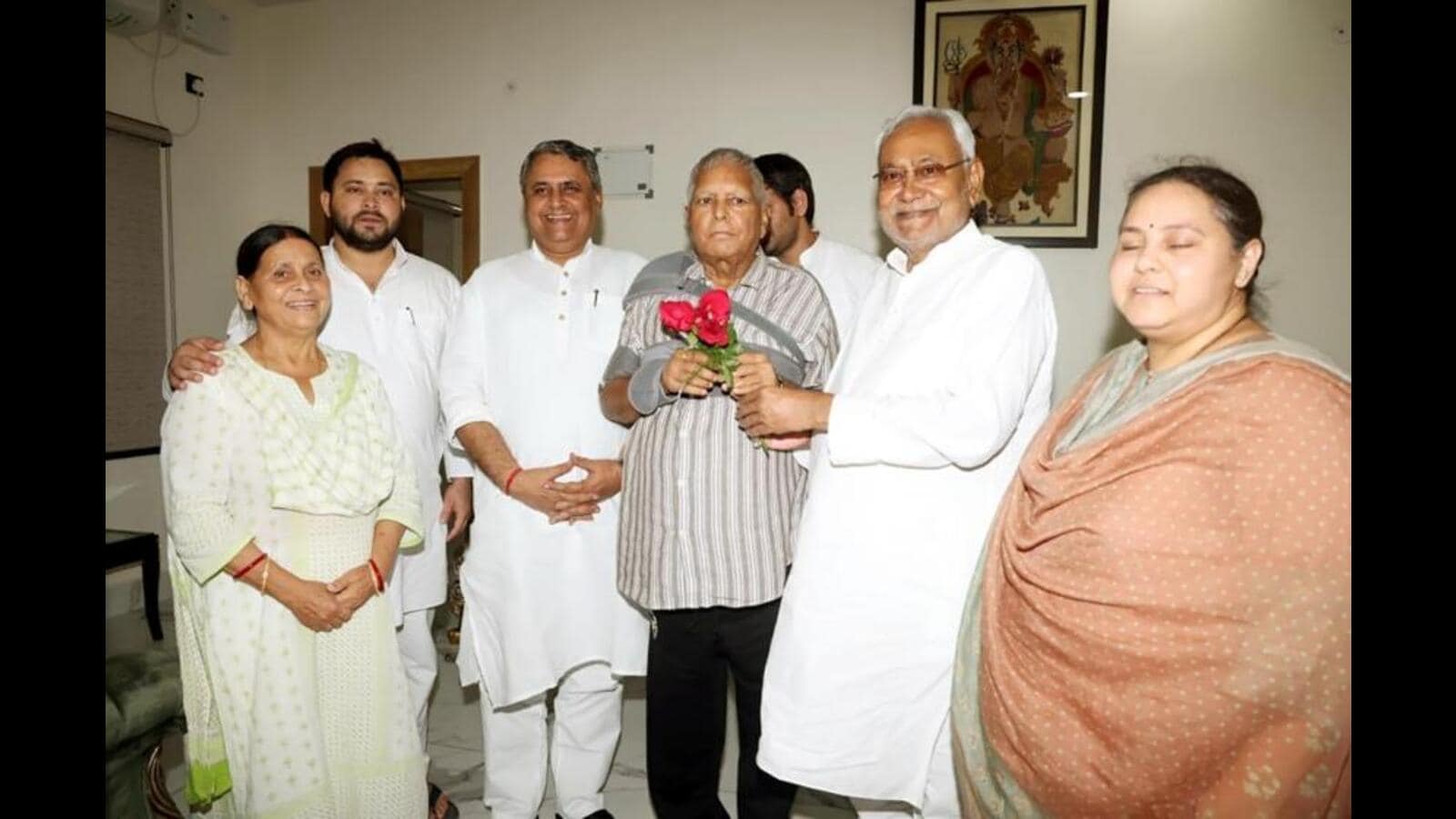 The meeting lasted for 30 minutes.

Soon after his arrival, Prasad, who was flown to the national capital early last month for treatment of a fractured shoulder, inaugurated the newly constructed Rabri Devi’s official residence, a senior RJD leader said. Chaired the meeting of ministers and legislators of his party in the government.

It was the first time after the change of government in the state that Prasad chaired a meeting of party legislators in person. “Earlier, on RJD’s foundation day, he was ill and so he virtually addressed them from Delhi,” said another leader.

Rajya Sabha member and Lalu’s elder daughter Misa Bharti accompanied him during the journey from Delhi.

Although party workers tried to stop him at the Patna airport and on his way, Prasad waved to an anxiously waiting crowd of supporters and entered the Circular Road residence in a packed SUV. After a short break at home, he was taken to a makeshift meeting place, where party leaders were waiting to hear from him. The meeting continued till late evening.