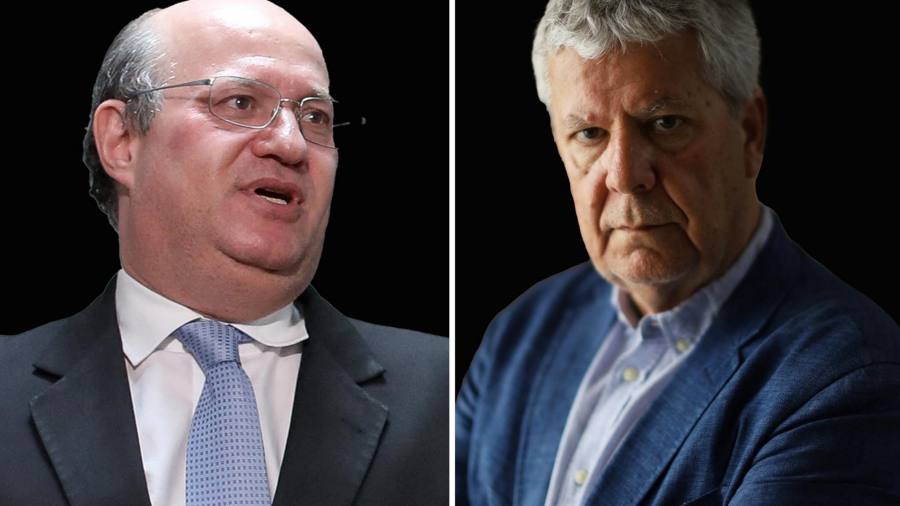 Shocked from a decade of almost no growth and the devastation wrought by the pandemic on education and poverty levels, Latin America has arguably never needed its major development bank again.

But the first challenge awaiting the Inter-American Development Bank’s new president, who will be elected on Sunday by the lender’s 48 shareholder countries, is to rebuild the morale of the organization shattered by the dismissal of its previous leader.

Trump-era nominee Mauricio Claver-Carone was fired by the Washington-based bank governor in September. This follows an investigation that concluded he maintained sexual relations with a subordinate and rewarded him with a salary increase totaling more than 45 percent in less than a year. Claver-Carone and the woman denied the relationship.

“The new IDB chief needs to have a solid understanding of this problem and a clear idea of ​​how to deal with it,” he said. “But what is arguably more important is the deft political touch that will be essential in mobilizing support for a much-needed capital increase and in restoring the integrity and composure to lift a faltering staff.”

Five candidates are vying for the position. Three come from the region’s largest economies, Brazil, Mexico and Argentina, while Chile and Trinidad and Tobago have also put forward candidates.

However, in the wake of the Claver-Carone debacle — the first American to hold a position traditionally reserved for a Latin American — the US is embarrassed about its priorities. Officials have said that without a candidate of its own this time, Washington wants Latin America to unite behind a consensus choice.

Instead, the major countries in the region compete directly with each other. There are no clear favorites and very few countries have publicly expressed preferences ahead of Sunday’s election.

The two front-runners, according to those following the process, are Brazil’s Ilan Goldfajn and Chile’s Nicolás Eyzaguirre. Former head of Brazil’s central bank and respected economist, Goldfajn is currently on leave from his position as the IMF’s Western Hemisphere director to run for the IDB post.

As well as the immediate human resources challenge, “this needs to be evidence and data-oriented banks, seeing when projects work,” Goldfajn told the Financial Times. “You have to look at the numbers. I like data, I like to see evidence.”

His top priority is to use the bank’s firepower to tackle poverty, food insecurity, climate change and improve the region’s financial infrastructure.

Goldfajn will be Brazil’s first IDB president but his home country may yet snatch defeat from the jaws of victory. Key members of leftist presidential candidate Luiz Inácio Lula da Silva have complained that Goldfajn was nominated by the outgoing hard-right government of Jair Bolsonaro and have asked the IDB election to be delayed to allow Lula to name his own candidate — a request rejected by other countries.

Goldfajn presents himself as the technocratic, apolitical choice but a lack of support from his prospective home government may hurt his chances.

Hoping to come through the middle is Chile’s Eyzaguirre. A former finance minister who also served as head of the IMF’s Western Hemisphere and worked at Chile’s central bank, he has the experience for the role and is more politically aligned with the region’s incoming left-wing government.

Like Goldfajn, Eyzaguirre emphasized the need to improve morale in banks and improve the effectiveness of lending. “Chile is a country that has made great progress in the last 40 years but has not used a lot of IDB resources,” he told the FT. “It is a trusted broker that is unbiased.” Eyzaguirre believes his experience holding different ministerial positions in Chile is a good basis for the negotiations and consensus building needed at the IDB.

Mexico nominated its central bank deputy governor, Gerardo Esquivel. Esquivel is a respected technocrat and former academic but lacks the international experience and profile of his rivals from Brazil and Chile. He may be at a disadvantage due to his late nomination and his lack of managerial experience. Esquivel did not respond to requests to discuss his candidacy.

Argentina’s Cecilia Todesca, secretary of international economic relations at the foreign ministry, hopes to become the first woman to become the permanent president of the IDB. Speaking to the Financial Times from Washington where he has been rallying support, Todesca said central to his plan was a program to prioritize the “care economy”.

Todesca will direct IDB funds to help improve reliable childcare and elderly care, so women can “reinsert themselves back into the workforce,” and create better conditions for domestic workers. “Argentina decided to put a woman in front, that is valuable for the region,” he added.

Also nominated was Gerard Johnson of Trinidad and Tobago, former head of the IDB’s Caribbean division who now works as a consultant to the Jamaican government. The Caribbean has never had an IDB president but the region’s limited voting power makes this option unlikely. Efforts to contact Johnson were unsuccessful.

To get the job, candidates need to win more than 50 percent of the voting power of the 48 member states and a majority of at least 15 member states of the Western Hemisphere.