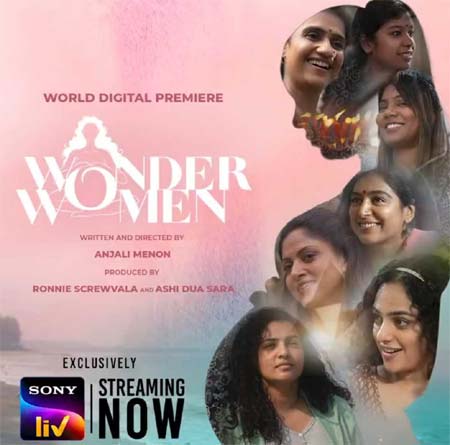 Bangalore Days director Anjali Menon was in the news because of her comments on film criticism. She received severe backlash from netizens due to her comments on movie reviews. Now another controversy was sparked on social media regarding a scene from the film.

The film’s plot revolves around pregnant women from different regions meeting at a birthing center run by Nadiya. First, a lady who is from North India tells Nadiya to teach in Hindi because she cannot understand English. Then another character says she can’t understand Hindi, to which the First Lady says Hindi is the country’s national language.

In comes another lady who says that Hindi and English are only official languages ​​but not national languages ​​of India. Finally, the North Indian lady says she knows a little Madrasi, and the other woman clarifies that there are many languages ​​in South India, adding that there is no language called Madrasi.

This scene has gone viral on social media and created a huge divide between people in the North and the South. There is a lot of discussion on the internet about this scene, and people say that language discrimination is depicted in the film. Nevertheless, the film received good limelight due to the controversy.

Articles that may interest you: