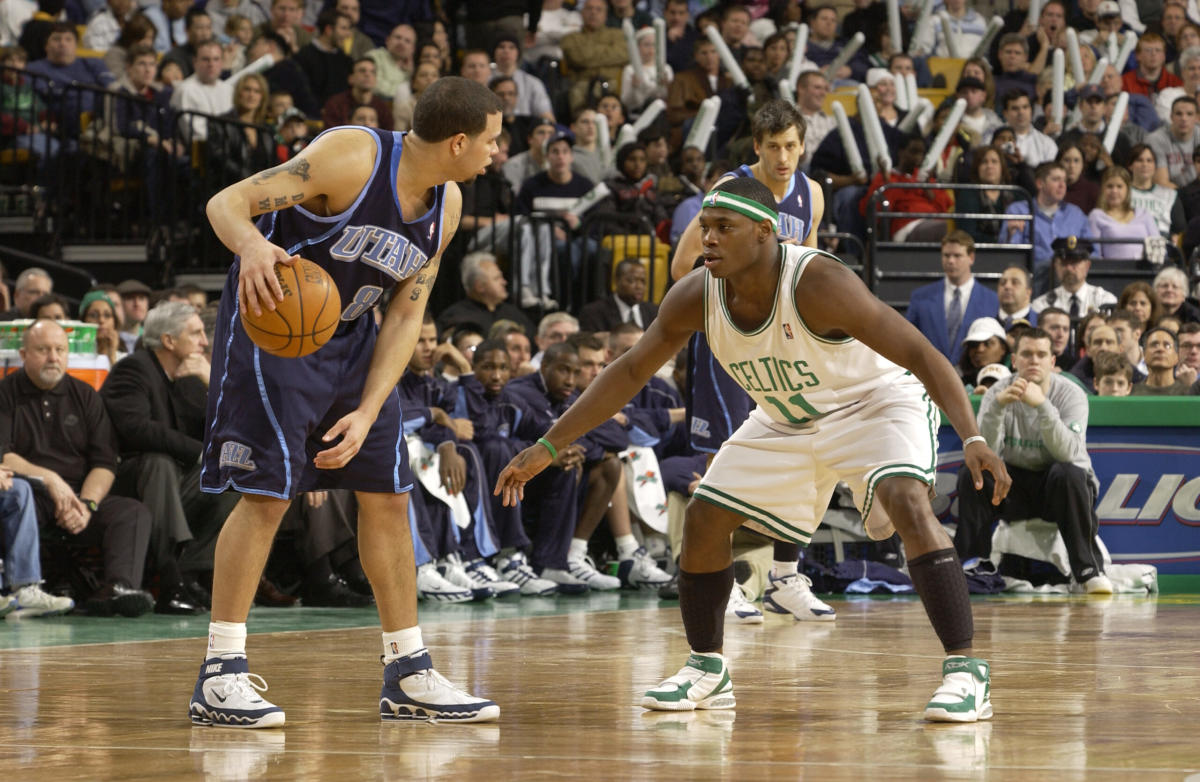 On this day in Boston Celtics history, point guard Arthur Lemarcus “Marcus” Banks III was born in Las Vegas, Nevada in 1981. Better known to Celtics fans as Marcus Banks, the former Boston floor general played basketball at the NCAA level with the University of Nevada – Las Vegas Runnin’ Rebels, where he would be named Co-Defensive Player of the Year as a senior.

Banks would be taken with the 13th overall pick of the 2003 NBA draft by the Memphis Grizzlies but would be dealt to the Celtics in a draft night deal that sent him and future Boston champion Kendrick Perkins to the Celtics in exchange for Troy Bell and Dahntay Jones.

The Nevada native was nearly traded to the Los Angeles Lakers in 2004 in a deal that would have sent legendary guard Gary Payton to Boston.

The UNLV product survived the cut because the trade was amended due to Payton’s refusal to take a physical, however.

Banks would play 180 games for the Celtics over three seasons, averaging 5.3 points, 1.5 rebounds and 2 assists per game.

It was also on this date in 1992 that former Boston big man Joe Wolf was waived by the team.

The UNC alum came to the Celtics as a free agent signing in October of that year, after last playing with the Denver Nuggets.

He would appear in just 2 games for Boston, averaging 1.5 rebounds per game with the team in that shortest stint. He has moved on to the other side of the clipboard with a successful career in coaching.

A Penn product taken by Boston with the 35th overall pick in the 1973 NBA draft, Hankinson would play two seasons with the Celtics, winning a title in a reserve role in 1974.

The Georgia native averaged 3.9 points and 1.8 rebounds per game with Boston during that stretch — rest in peace, Phil.

Listen to the “Celtics Lab” podcast at: