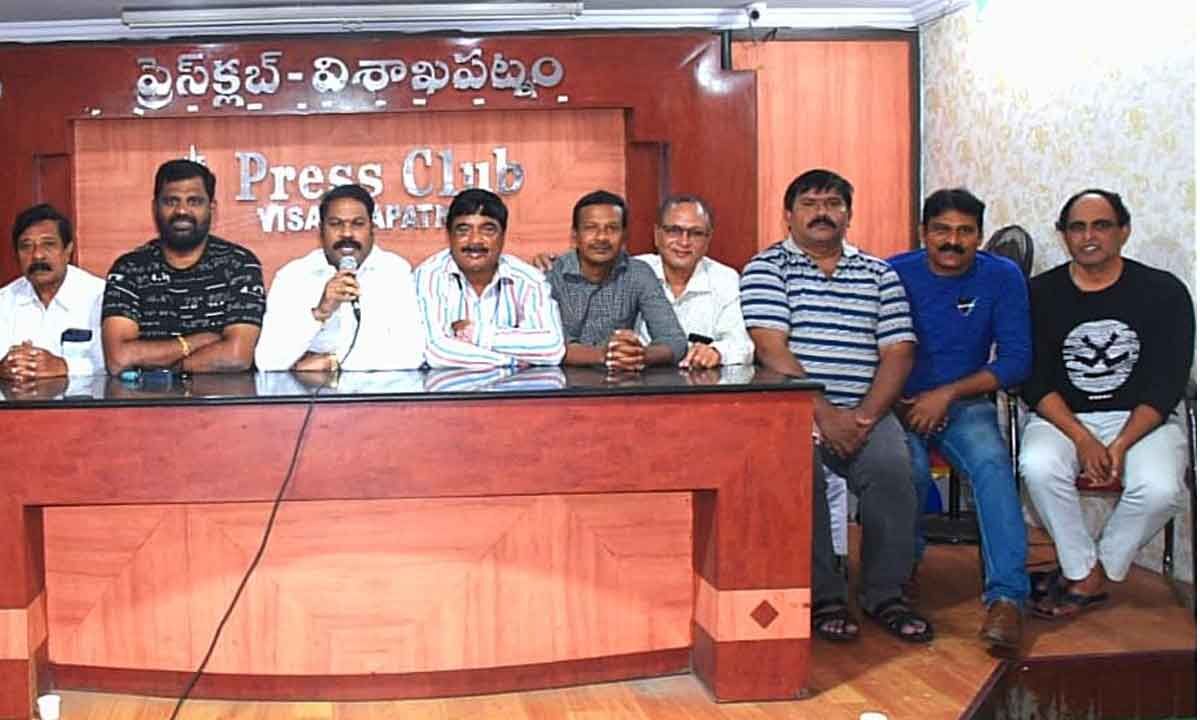 Visakhapatnam: A talent promotion program will be organized for journalists and their children on October 30 under the auspices of the Vizag Journalists’ Forum (VJF), said forum president Gantla Srinubabu and media award committee chairman R Nagaraju Patnaik. A board meeting was held at VJF’s press club here on Monday.

As part of that, the members had a long discussion on various issues, including the choice of forum. The VJF members told the media that a number of decisions were taken regarding the welfare of the forum members. During their tenure, about Rs 23 lakh was spent for medical expenses of journalists and their family members.

Journalists who excelled in the field will be felicitated for media awards at Andhra University YVS Murthy Auditorium on October 30. Along with Kapila Gopala Rao and Masuna Master Memorial Awards, cash, certificates would be awarded to 32 journalists in print and electronic media, photo, video and web journalists in various categories, the forum members said. Around 150 children of journalists will be given scholarships, they added.