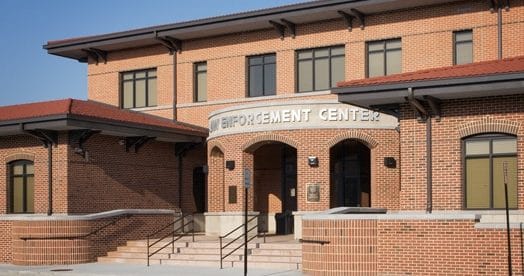 On October 28, 2022, officers from the Pittsburg Police Department, Pittsburg Fire Department and Crawford County EMS were dispatched to the 1400 block of East 14th Street, in Pittsburg, in response to a report of a pedestrian struck by a vehicle. According to information gathered during the initial investigation, a tan SUV was traveling westbound on 14th Street when it struck 43-year-old Melanie L Ishimura of Pittsburg and then fled the area without stopping to render aid. Mrs. Ishimura was initially transported to Ascension Via Christi Hospital by Crawford County EMS for injuries sustained when she was hit. Mrs. Ishimura was later transferred to a hospital in Missouri and remains listed in serious condition, but is expected to recover.

The Pittsburg Police Department reached out to the public for help identifying the suspect vehicle, which was captured on a security camera in the area. Various tips and leads were generated from this public inquiry.

On Monday afternoon, October 31, 2022, 46-year-old Brian Scott Walrod of Cherokee came to the police department with his attorney and turned himself in to police. Walrod was arrested for failure to stop at an accident resulting in great bodily injury. He was transported to the Crawford County Jail and police are requesting that he be held without bond pending a court appearance.