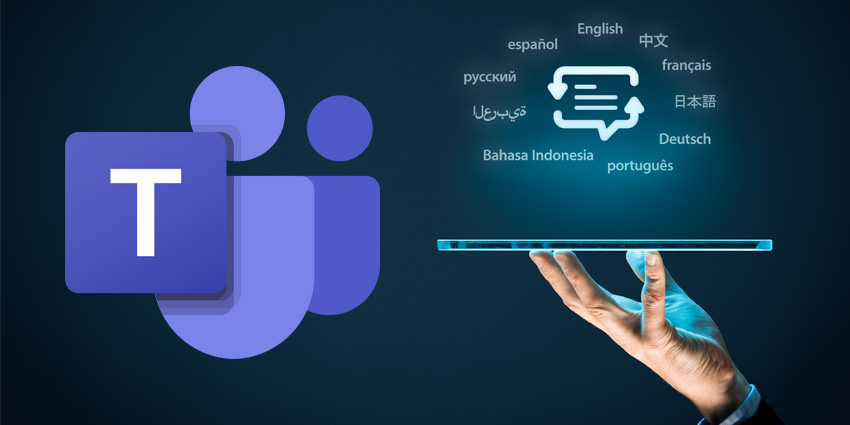 Microsoft has revealed that it is launching intelligent message translation for Teams chats on mobile devices.

The feature will be available on Teams on iOS and Android devices and will allow users to translate a chat message into their preferred language.

The company hopes that users who speak different native languages ​​will collaborate better.

Microsoft’s blog says: “Effective collaboration and conversational communication require tools and features that understand who you are, where and how you like to communicate.

“Microsoft Teams on mobile can understand customers’ preferred languages ​​and how customers like to communicate with their contacts.

“When colleagues are chatting in different languages, the intelligent message translation feature uses their account preferences to inform the user when they would benefit from translation and personalizes the translation behavior of the conversation.”

If Teams users receive a chat message in an unfamiliar language, the platform will prompt them to translate it into their preferred language.

Users will also be able to customize the translation behavior of their chats by enabling automatic translation.

If the user will be using the translation multiple times, Teams will prompt them with an option to enable automatic translation.

If a language doesn’t need to be translated, users can select “never translate” when the option appears to ensure that Teams will no longer show them translations for that specific language.

Teams users can edit their language preferences by tapping their profile settings and selecting general and translation.

Microsoft has confirmed that the smart message translation feature is now available in the latest release of Microsoft Teams for iOS and Android devices.

Microsoft has improved the translation features of its desktop Teams platform.

The company announced this in September Commands are usually provided with a language translation meeting participants.

This feature allows professional translators to verbally translate a speaker’s message into another language without disrupting the speaker’s original flow or presentation.

The company has developed the feature to support its customers who need to communicate with users around the world.

Earlier this year, Microsoft teamed up with the Welsh Government to offer live human translation services.

Designated interpreters offered interpretation services during scheduled Teams meetings, and participants could listen in real-time in their chosen language and switch between languages ​​during the meeting.

This feature was created to help public institutions and organizations promote inclusion and understanding when holding meetings in multiple languages.