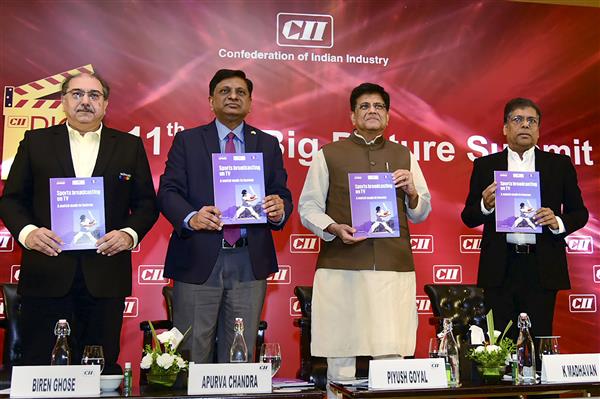 The National Capital Region will soon conduct a pilot study of live telecasting to mobile phone, which could increase the reach of television channels, Information and Broadcasting Secretary Apurva Chandra said on Thursday.

The reach of television media will increase

There are about 20 million TV households. India has more than 60 million smartphones and 80 million broadband users. The reach of television media is expected to be much greater. Apurva Chandra, Secretary, I&B

Speaking at the Big Picture Summit organized by the Confederation of Indian Industry here, Chandra said mobile live streaming is the “next big thing” for television media as it can increase viewership.

“Currently, there are about 20 million TV households in the country. India has more than 60 million smartphones and 80 million broadband users. The media reach of TV should be much greater,” he said.

He said that IIT-Kanpur and Sankhya Labs have conducted a pilot study of live-to-mobile streaming in Bangalore and are now starting another study in Noida or somewhere near Delhi.

Chandra said the government is also working on the issue of TRP ratings.

He said the reverse track data pilot project was a success and a report would be submitted soon.