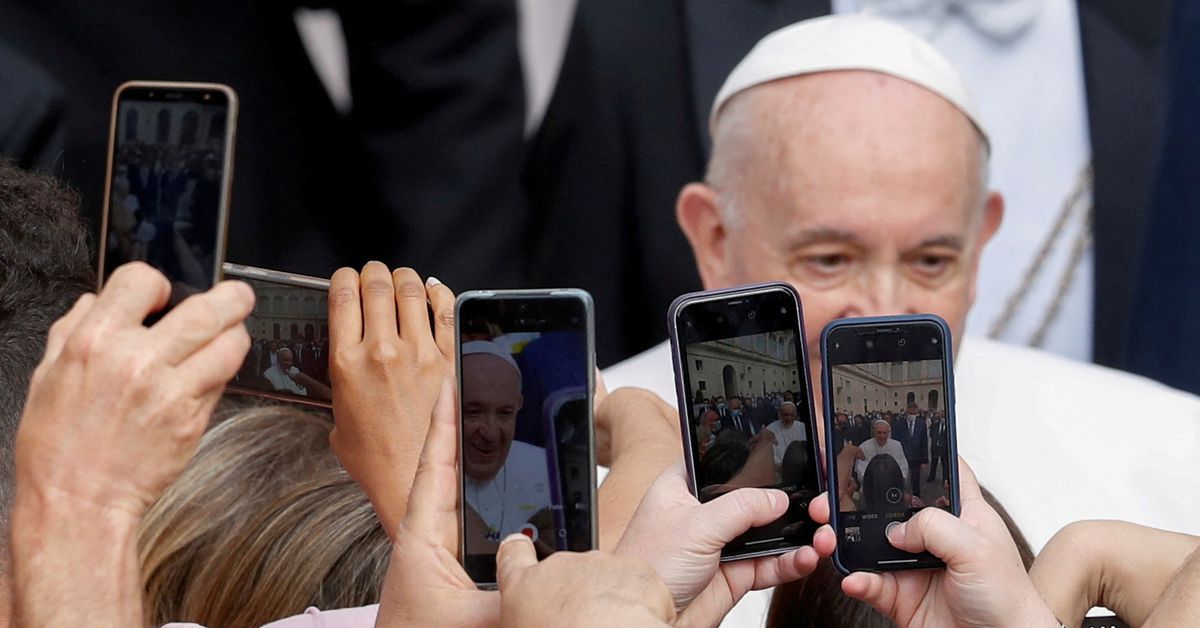 Pope Francis, who has often said that people should limit their use of cellphones and prioritize personal communication, held a private audience with Apple CEO Tim Cook on Monday.

Cook, the head of the $2.4 trillion company whose iPhone revolutionized personal communication, was on the pope’s daily audience list. As is customary, the Vatican did not reveal what was discussed in the private conversation.

The 85-year-old pope’s relationship with cellphones is mixed. Last year, he interrupted his general audience when an aide handed him a cell phone and made an emergency call to a senior Vatican official.

But he also regularly warned people against becoming slaves to cell phones and other technology.

“Free yourself from cell phone addiction,” he told the youth in 2019. “When you become a slave to your cell phone, you lose your freedom.”

On other occasions, he has said that it is sad that people use cellphones at the dinner table or while attending mass.