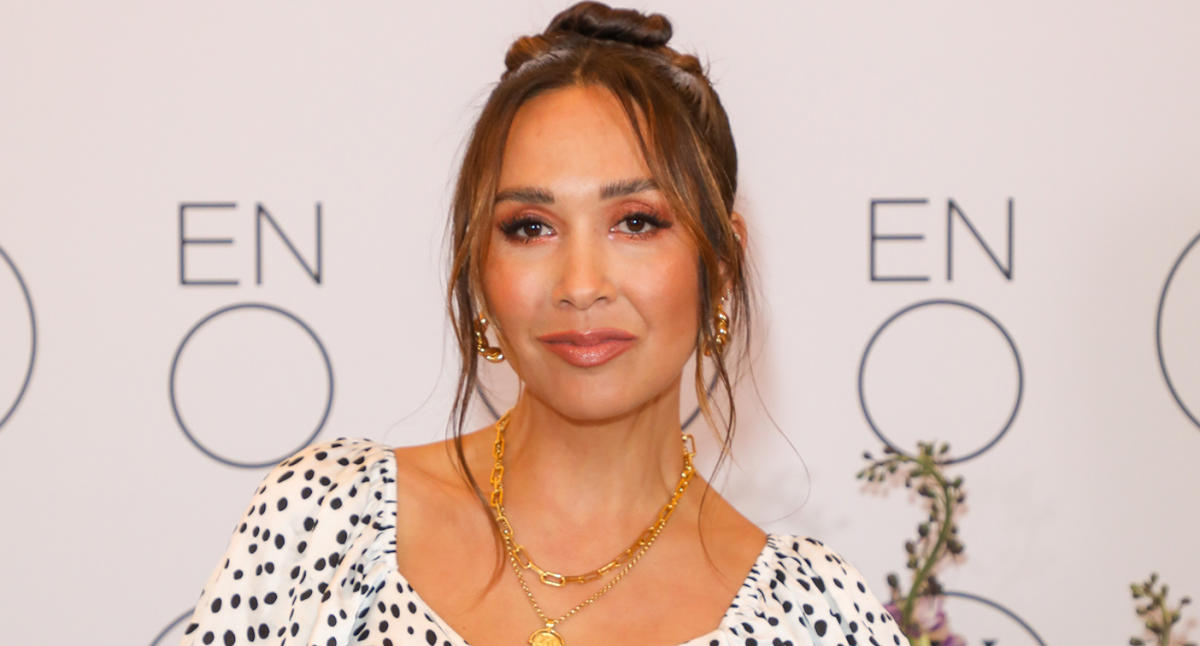 Myleene Klass broke advertising rules three times when promoting her own book, Next clothing, and Skechers trainers on Instagram, the Advertising Standards Authority (ASA) has ruled.

The former Hear’Say singer posted to her Instagram feed on May 13 a video featuring various celebrities including Alex Jones, Chris Evans, Kate Garraway and Lorraine Kelly which ended with Klass holding a copy of her book, titled They don’t teach this in schoolwhile the text “Wish Granted” appeared on the screen.

Read more: All the campmates were rumored to return for I’m a Celebrity All Stars

Some of the celebrities were also seen holding the book and answering the question: “What’s the one thing that’s really important that you should have learned in school…but you WERE NOT?”

The ASA upheld complaints against the social media post, as well as others with Next clothing and Skechers trainers, saying they did not make clear their commercial nature.

Of the book video, they said: “We felt that those who viewed the ad might have believed that the video was just a general discussion of the topic rather than related to the promotion of Ms. Klass’s book.

“We noted that it wasn’t until the sixth celebrity appeared that one of them was shown with a copy of the book only partially visible on their lap.

“It was not clear, at the time, that Ms. Klass was the author of the book. At the end of the video, Ms. Klass was shown holding a copy of the book up to the camera, with the text ‘Wish Granted’ on the screen.

Read more: Boy George does I’m a Celebrity because he is “bored of being iconic in the corner”

“We felt that it was only at that point that it would have been clear to viewers that her book was the subject of the video and the reason for the initial question.

“For these reasons, we considered that it was not immediately clear to viewers that the post was a marketing communication.”

Klass also posted on May 16, as well as a reel seen during the same month, in which she advertised a bra top, pink drawstring pants, a bikini, a floral dress and high-heeled sandals from clothing company Next.

And she posted a post promoting pink sneakers and a battle-print cap belonging to Skechers, as well as a June 14 story about her and another woman wearing pink clogs from the same company.

When contacted about the promotional posts for their clothing on Instagram, Next said it was clear to viewers about the commercial relationship between the company and Klass because she referenced the product she was wearing and tagged @nextofficial.

They also said she was referring to “my collection” and that most people would have known about the commercial relationship because it had been reported in the media.

But the ASA disagreed, saying: “We considered that the posts could have been seen in isolation, that not all Instagram users would be aware of the pre-existing relationship between Next and Ms Klass and that she was engaging in marketing activities for them.

“We also held that the reference to ‘my collection’ was insufficient to make clear that there was a commercial arrangement between them, whereby Ms. Klass would receive royalty payments on the sale of the displayed products, and that the postings were, in fact, advertisements.”

Skechers said it had asked Klass to either edit or remove the posts and ensure all future posts were clearly labeled, adding that it monitors its advertisers’ social media posts but it’s impossible to catch every mistake.

Representatives for Klass said there was some confusion about what was and wasn’t an ad, but that she would caption future posts with #ad.

The ASA said: “We welcomed Ms Klass’s assurance that she would add #ad to her posts in the future.

“However, because at the time of the complaint the commercial intent of the post had not been made clear in advance, for example using an identifier such as #ad, we considered that it was not clearly identifiable as a marketing communication and concluded that it breached the Code.”