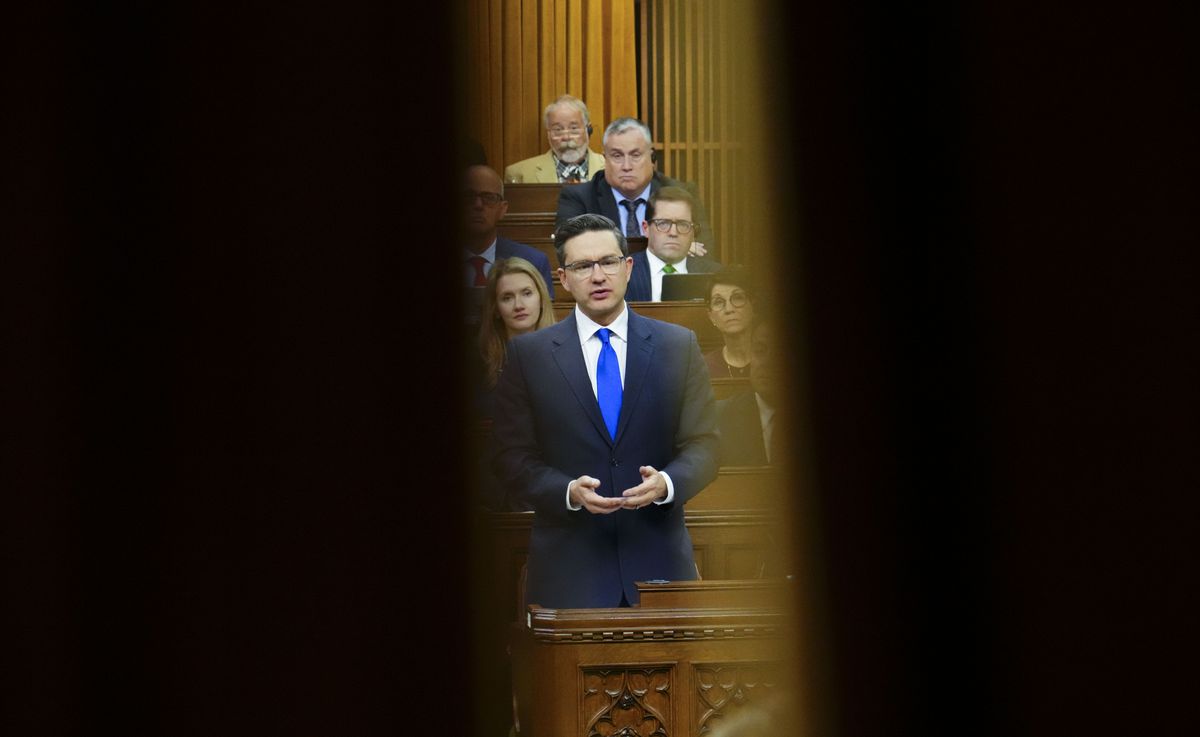 Conservative leader Pierre Poilievre’s practice of avoiding questions from journalists on Parliament Hill has now stretched beyond 40 days, an approach to the media that flies in the face of decades of tradition in which party leaders routinely praise, defend and explain their policies even as they often revisit them. – exchange with reporters.

Poilievre, who is also the leader of the official opposition, did not hold a press conference after winning the conservative leadership on September 10. He last answered two questions from Parliament Hill reporters on September 13, after a testy exchange in which a Hill reporter heckled the new leader over his original plan not to answer any questions at all. (Global News reporter David Akin later apologized.)

Mr. Poilievre has done some interviews with the media, including Ottawa radio stations, but has not taken questions in a press conference or media availability format with members of the Press Gallery, which consists of 302 members from 48 agencies and outlets, freelancers not including journalists, since he became party leader.

His political rivals have taken note of the situation.

When asked about the issue, the prime minister said Canadians deserve answers from their political leadership about their ideas and policies, even when the issues are difficult.

“It shows a lack of confidence in his own ideas that Mr. Poilievre refuses to face questions and scrutiny, especially when he offers slogans and simplistic proposals for complex issues. All political leaders have a responsibility to answer questions, to remain accountable and transparent towards Canadians, says Ann-Clara Vaillancourt from the PMO.

“The prime minister continues to answer questions, usually several times a week, on all the issues he asks about,” she said.

NDP Leader Jagmeet Singh said Poilievre is hiding from critical questions about how to help Canadians in challenging times. “We are always happy to take questions and we will continue to do so,” he said in a statement.

The Globe reached out to Poilievre’s office for comment Wednesday, but did not receive a response.

Mr. Poilievre predicted this approach during the Conservative leadership race, explaining during a debate in May that he is not trying to go through the “liberal media” to get his message out, but rather connecting with Canadians through social media.

Poilievre’s social media following — he has 465,000 followers on Twitter and 588,000 on Facebook, for example — was key to reaching would-be and existing conservatives as he sought support during the month-long leadership race. Since winning, he has also used these platforms to talk about his politics and criticism of the federal government.

“I think there are many ways to express our position and to talk to Canadians. Among them, you have the House of Commons, you have question period,” Mr. Deltell said. “The leader is there to ask the government, to hold the government accountable, and that is exactly what he does.”

Last weekend, Poilievre skipped the Press Gallery dinner held for the first time since a two-year hiatus linked to the covid-19 pandemic. The event sees politicians and journalists working on Parliament Hill come together for an evening of laughs at each other’s expense, with party leaders giving comical speeches.

Christopher Waddell, professor emeritus at Carleton University’s School of Journalism, said the challenge for Poilievre is that he can reach like-minded voters through social media and interviews with conservative media, but risks not connecting with voters who follow politics through mainstream media.

He leaves, Mr. Waddell said, this stage to other party leaders.

“It’s really a bit unusual,” said Mr. Marland, which is based at Memorial University in St. John’s, Newfoundland and Labrador.

“It speaks to a broader issue in society that transcends one party leader. It’s a trend we’re seeing in the U.S. as well, and it’s really about this sense of conservatives fighting the mainstream media and claiming prejudice,” he said.

Editor’s Note: This article has been corrected to indicate that Ann-Clara Vaillancourt issued a statement from the PMO.