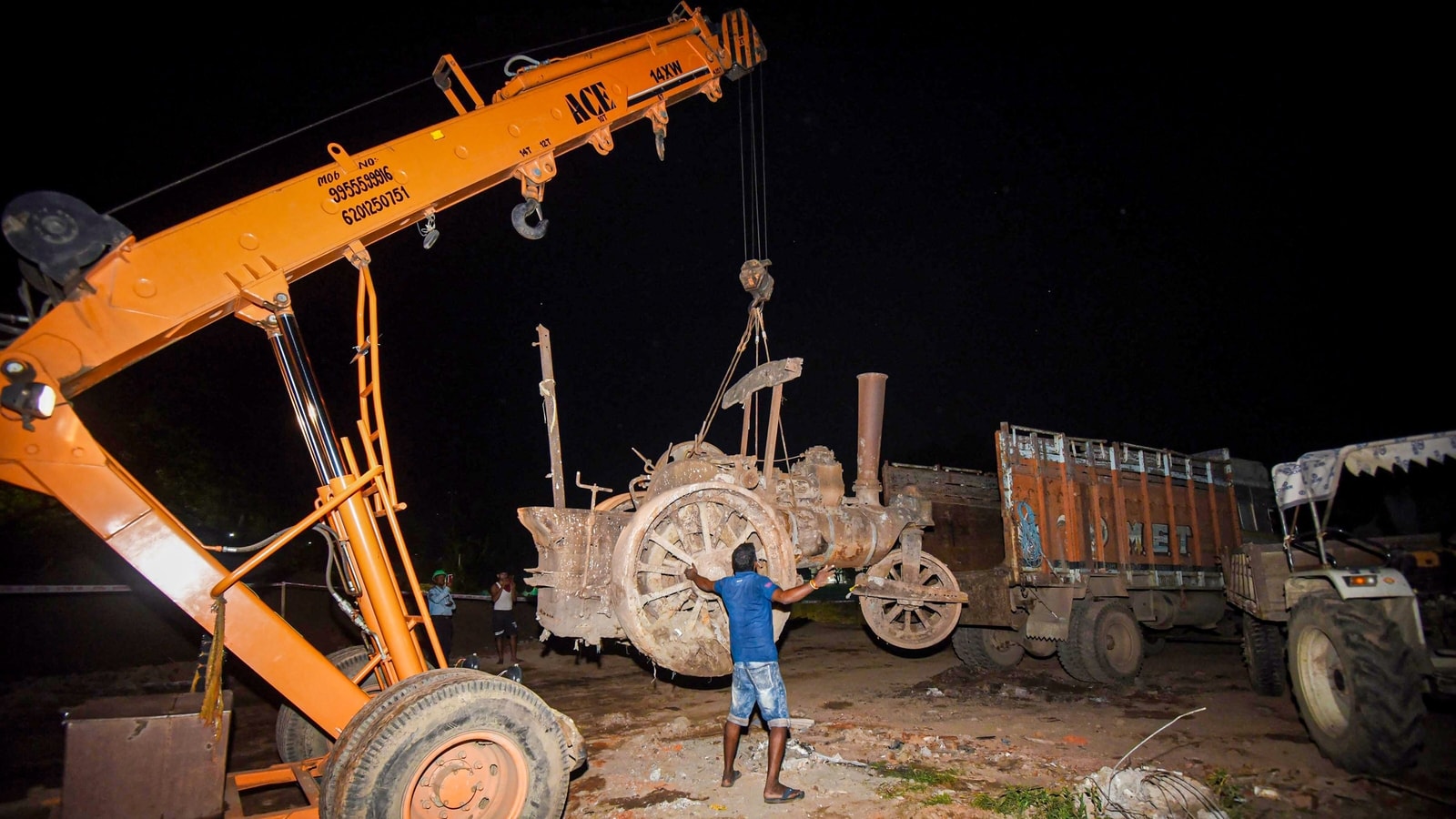 A nearly century-old steam roller manufactured by a British company that had languished in the Patna Collectorate premises for decades was rescued early on Thursday and sent to the city museum, ending a chain of events that led to its demolition. It came out later. The milestone began in mid-May.

Read this also ‘Should not have gone to the temple’: Complaint in Bihar against Wazir Mansoori

However, the fate of a Dutch-era hanging skylight, a vintage safety vault and an old clock housed in the century-old district engineer office building in the 12-acre collectorate campus, official sources said, are “in the process of being dismantled”. Presumed to be lost”.

However, the rescue of the road roller, manufactured by John Fowler & Co., England, is the result of a sustained citizen-led campaign and an interest on the part of the Patna Museum authorities to acquire some of the artifacts that emerged from the demolition of the museum. Centuries old Patna Collectorate.

How was the roller moved?

“The rescue of the steamroller was done in the middle of the night. It was lifted by a big crane and then loaded into a truck at the Patna Collectorate demolition site, and then taken to the Patna Museum. It is now A platform will be displayed soon. With an information panel for people to see,” a senior museum official told PTI.

Read this also Oudh Bihari Chaudhary filed nomination papers for the post of Speaker in the Bihar Assembly.

“We are also planning to preserve and restore the road roller,” the official said.

The development came about 40 days after a team of experts from the Patna Museum inspected the heritage artifacts at the demolition site of the Patna Collectorate to assess them and rescue them accordingly.

How did the collective effort of the citizens save the ancient vehicle?

However, the salvage process for this vintage machine has seen its ups and downs over the past couple of months.

On July 19, heritage lovers from different parts of the country appealed to the museum authorities in Bihar to immediately shift the road roller and other old items — now missing skylight, safety vault. and the Wall Clock — of the historic Patna Collectorate away from the demolition site.

The road roller had been lying for decades in an open area in front of the Dutch-era District Engineer Office building on the banks of the Ganges River.

Until recently, its heavy iron wheels were half-buried in a pile of earth, and the large road roller wheels were finally dug out a few days ago.

The board, which owns the road roller, had written to the district administration and eventually the Bihar Art and Culture Department demanding its transfer when the demolition work was in full swing in May.

On May 13, the Supreme Court rejected the plea of ​​heritage body INTACH, which had been fighting a legal battle since 2019 to save the Patna Collectorate complex. Paving the way for its demolition.

The Save Historic Patna Collectorate, a citizen-led initiative, had been fighting since 2016 to save the landmark. Its representatives had met the board and museum authorities soon after the demolition began and appealed to them to save the road roller and other artefacts.