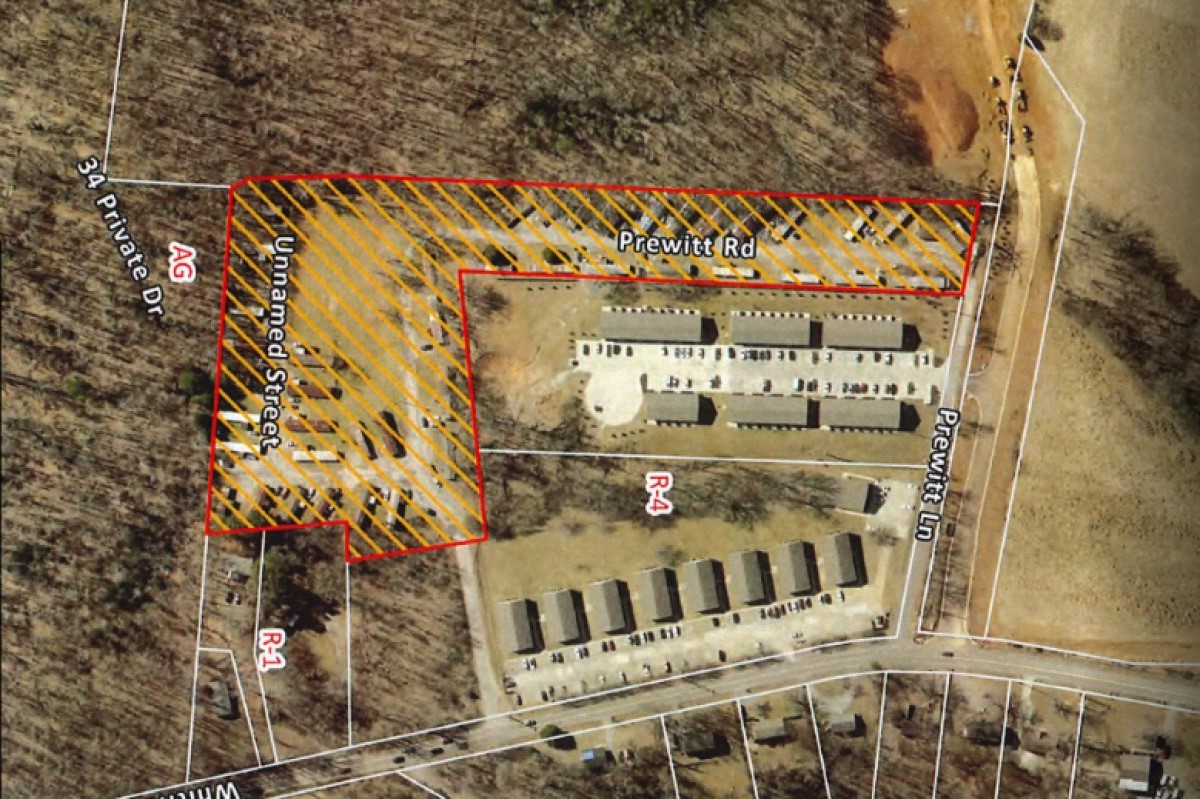 CLARKSVILLE, TN (CLARKSVILLE NOW) – An application to redevelop nearly 7 acres in Clarksville could result in the relocation of more than 41 residents.

Universal Exports has applied for the 6.96-acre site south of Prewitt Lane and west of Whitfield Road, known to some as the Prewitt Mobile Home Park.

The applicant requested a rezoning from Agricultural to R-4, citing plans to remove the mobile homes to expand the existing multifamily buildings.

The RPC recommended approval, but the department’s comments included the need for sewer and water expansion and a traffic assessment.

Councilwoman Karen Reynolds noted that rezoning the property would displace several residents and force them to look for affordable housing. She said she had previously spoken with the property owner, who said he planned to sell the property one way or another. Also, all of those trailers are leased from the property owner at a low cost and are not owned by the residents.

There are currently 45 lots in that lot, 41 of which are occupied. The owner noted that the entire turnover is in about 24 months.

“If we approve this, those are the residents we will have to reach out to and help them find affordable housing because they won’t be able to move into the apartments that are currently in our community.” That’s another 41 people we’re moving out of this area,” Reynolds said.

Councilor Ambar Marquis brought up the fact that trailers are currently being rented out in an agricultural area, which is unusual. RPC Deputy Director John Spainhoward explained that the department conducted joint investigations about two years ago when similar questions arose.

“It looks like this trailer park has been zoned in some places out there.” It had several different names. The longest running name is Prewitt Mobile Home Park. Our current mobile home parks would actually have an R-4 designation and then go through an approval process to get the mobile home park approved. In this case, you are using what would probably be called a non-compliant use.