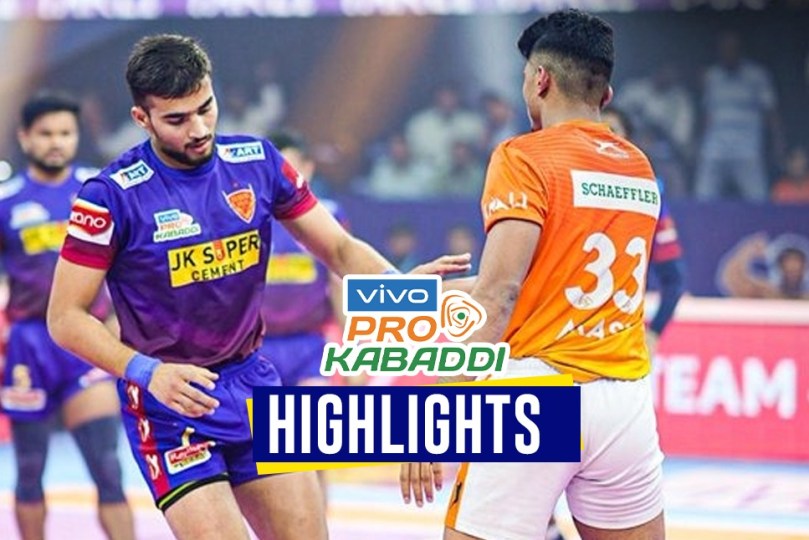 Puneri Paltan produced a clinical performance to register a 43-38 win over Dabang Delhi in the Pro Kabaddi League (PKL) here on Tuesday.
Akash Shinde and Mohit Goit both scored 13 points in fine performances while Fazil Utrachali’s defense ensured the home side suffered a fifth straight defeat for Delhi.

After trading a pair of empty raids, Goyet brought the packed crowd to its feet with a super raid to touch Krishna, Anil Kumar, Vijay Kumar, which gave the Platoons the lead.

That one raid set the tone for the majority of the half, as Platoon ran amok over a Delhi defense that lacked confidence. The first all-out came in the first five minutes as the Pune side extended their lead to 10-3.

Despite Delhi’s sluggish resistance, the Paltans took a commanding lead with a second all-out. Dabang Delhi looked out of sorts. Albeit slowly, they clawed back with Naveen Kumar finding their feet to catch Fazil Atrachali and Gaurav Khatri to bring them back into the game. They trailed 23-17 at the break, but only two Pune players remained on the mat. Akash Shinde’s super raid on Anil Kumar, Vijay Kumar and Ravi Kumar returned the initiative for Pune.