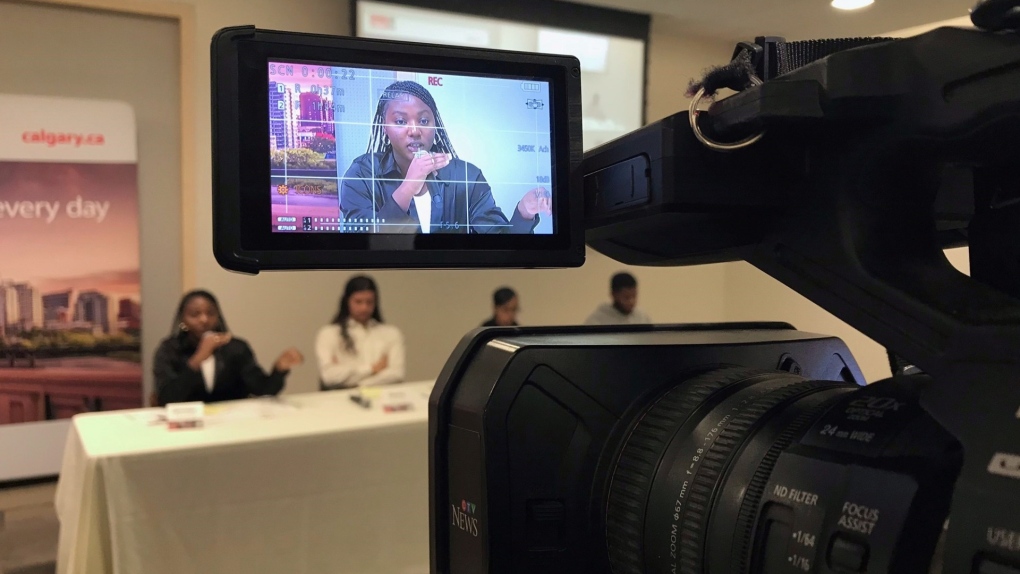 She may not do it often, but when Opemipo Olojabi watches the nightly news or entertainment media, she doesn’t see enough people who look like her.

The diverse voices and perspectives that the 17-year-old Calgarian is looking for aren’t easy to find on traditional television channels, and that’s a problem, she says.

“That’s probably why I don’t really watch the news.”

Olojabi’s comments came Monday at City Hall as part of a panel discussion between journalists and high school and college-aged people in racialized communities.

It was part of the ongoing anti-racism work the city has been conducting since a council decision in 2020.

Rea says coverage of events, parades and gatherings involving all of Calgary’s communities would go a long way toward making a step toward a more representative media landscape in the city.

“It’s about making it more accessible and also making sure to find the youth instead of the youth always trying to look for opportunities like this,” said Melat Ghebreha, who was the youngest member of the panel at age 16.

Dr. Linda Kongnetiman, who leads Calgary’s anti-racism program, says the legal work being done at City Hall is the first of many steps in building an anti-racist city.

Part of that, she says, is having a better understanding of the wording and descriptions of stories involving racialized groups, both in the media and in the public.

“We all know that representation matters, and the stories and narratives that we create and build have lasting impact,” Kongnetiman said.

“The specific language we use when we report on us racialized youth, we just have to be a little more careful with that so we’re not selling false truths,” said Jedidiah Akinloye, an 18-year-old currently attending the University of Calgary.

Calgary’s anti-racism work also includes a committee that is supposed to meet monthly.