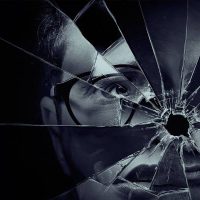 Headquartered in Toronto, Our House Media (OHM) has assembled 60 hours of new true crime content for a variety of US outlets.

Debuting in January 2023 on Paramount Global-owned BET+, Love you to death (20 x 60 min.) looks at cases where relationships end in murder. The series will also air on Paramount cable network BET, Sky in the UK and Super Channel in Canada. Abacus Rights will distribute the series internationally.

Millennials solving murders (20 x 60 min.) is also in the works for Paramount Global, but the specific platform for the title has yet to be announced. OHM CEO Simon Lloyd describes the series, due to begin production in January 2023, as an innovative true-crime format with strong recurring characters that will attract a younger demographic to the genre while appealing to core viewers.

Lloyd stated that OHM, which has produced close to 200 hours of true-crime programming, is still growing its offering in the genre with new partners and new series.