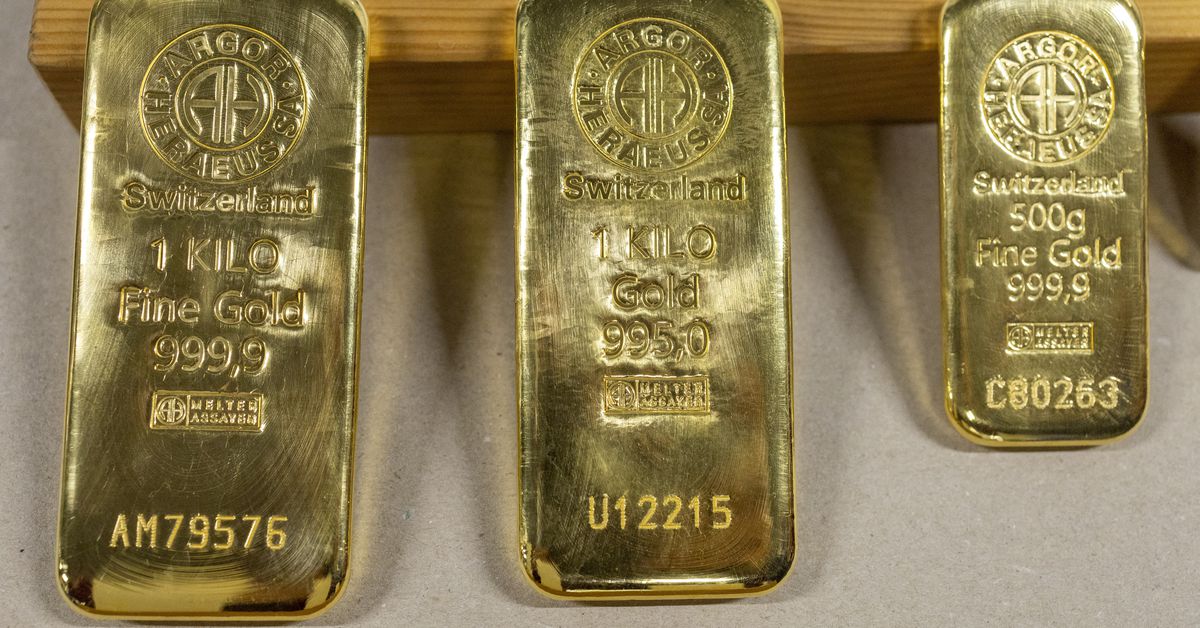 LONDON, Nov 1 (Reuters) – Central banks bought a record 399 tonnes of gold worth around $20 billion in the third quarter of 2022, helping boost global demand for the metal, the World Gold Council (WGC) said on Tuesday.

Demand for gold was also strong from jewelers and buyers of gold bullion and coins, the WGC said in its latest quarterly report, but exchange-traded funds (ETFs) that hold bullion for investors shrank.

Gold is generally seen as a safe-haven asset for times of uncertainty or turmoil, but many financial investors sell shares in gold-backed ETFs when interest rates rise and increase returns on other assets.

Bullion offloading by ETFs helped push gold prices down 8% in the third quarter, but the fall helped spur demand for jewelry, the WGC said.

Demand in the year to September had recovered to pre-pandemic levels, he said.

Purchases by central banks in the third quarter far exceeded previous quarterly records in data stretching back to 2000 and took their purchases for the year to September to 673 tonnes, more than in any full year since 1967, according to the WGC.

Among the big buyers were the central banks of Turkey, Uzbekistan, Qatar and India, but the WGC said large amounts of gold were also bought by central banks that did not publicly report their purchases.

It did not provide any details on which countries these were, but banks that do not regularly publish information about their gold holdings include China and Russia.

Purchases of gold bars and coins also surged in Turkey to 46.8 tonnes in the quarter, up more than 300% year-on-year, as people bought gold to protect themselves against rampant inflation.

“We also expect to see jewelery demand continue to perform strongly in some regions such as India and Southeast Asia,” he said.

Here are the numbers and comparison.