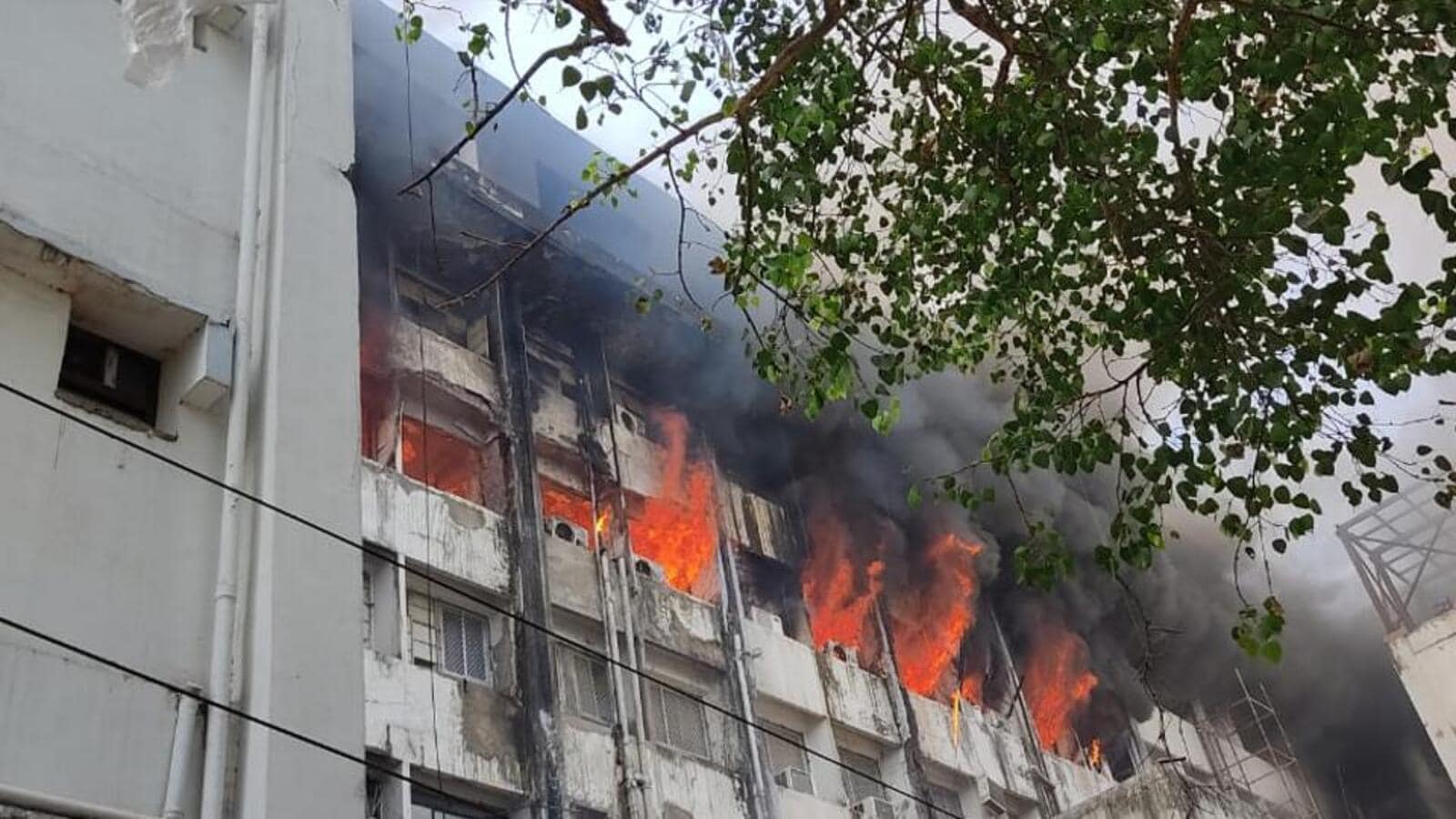 Patna: A major tragedy was averted on Wednesday morning after a massive fire broke out at the Vishwaswaraya Bhavan (also known as the Technical Secretariat) on Jawaharlal Nehru Marg in the state capital, Patna.

The fire caused extensive damage to office records and equipment, but there were no casualties. The building housed several offices of the state government including the road construction and building construction departments.

It took fire tenders about 90 minutes to control the fire. Some workers trapped in the building were rescued by the fire department. Construction of the new building premises is underway from 2021.

According to Naveen Kumar, SDO of Patan Sadar, the fire broke out around 7.30 am. A security guard saw smoke coming from the fifth floor of the building, and called the fire department.

More than six fire tenders with hydraulic ladders reached the spot and brought the fire under control by 9 am.

The firemen said that if the fire had reached the lower floor, there would have been a huge loss. The minister’s official chamber and the secretaries of the Rural Works Department and the Bihar State Planning Board have been completely damaged.

“The fire tenders are still there as a precautionary measure. It started from the third and fifth floors. Some records, computers and other materials have been partially damaged,” said a fireman.

Director General of Home Guard and Fire Services Sobha Ahotkar monitored the proceedings and confirmed that the offices were closed. The initial cause of the fire is said to be short circuit.

According to Ahotkar, 16 teams from six fire service stations, along with 14 fire tenders and two hydraulic systems, were pressed into service. Two people have been rescued from the building.