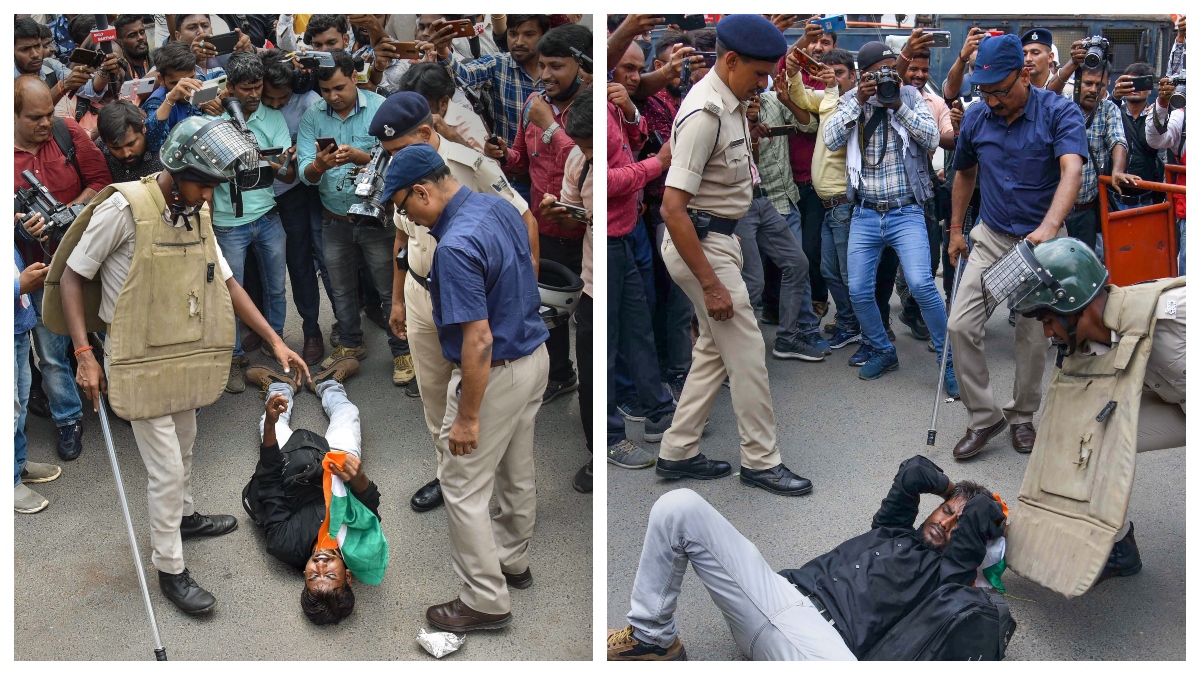 ADM attacks job aspirant: Hundreds of aspiring teachers protesting against the delay in recruitment were lathi-charged in Patna on Monday. A shocking video of the incident has surfaced, in which Additional District Magistrate of Patna KK Singh can be seen attacking a protester with a baton as he lay on the ground holding the national flag close to his chest. . The candidate was then dragged away by the bureaucrat, the video showed.

Apart from this, police personnel also used force including water cannon to disperse the protestors. Soon after the incident, Patna DM ordered an inquiry committee to investigate the incident. DM has also expressed his reservations on this incident. A two-member team including DDC and City SP (Central) has been constituted. Patna DM Chandrasekhar Singh told India TV that he has been asked to submit a report on the incident within two days.

While the new Deputy Chief Minister of Bihar Tejashwi Yadav promised to give jobs to 1 million unemployed, CM Nitish Kumar increased the quota to 2 million. However, when the unemployed went out to ask for a job with the tricolor in hand, the ADM of Patna pelted the candidates with sticks.

The District Magistrate of Patna has imposed Section 144 in several areas of the city for the next three days. The order states that any dharna, demonstration or procession at any other place such as Dak Bangla Square, Gandhi Maidan, Bailey Road, Boring Road in Patna Sadar Sub-Division for the next three days except the identified place of Gardeni Bagh. is not allowed.