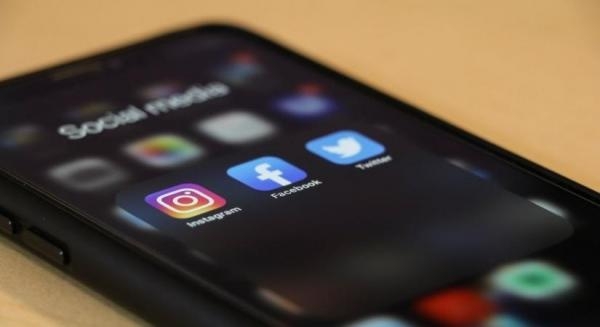 Bengaluru, November 20: A young doctor who allegedly used social media as a weapon to humiliate and humiliate his partner and fiancee could not have known that his actions would cost him his life. The case sparked a debate about social media becoming a tool in the hands of individuals to commit crimes.

The law soon caught up with the live-in partner and fiancé, who allegedly tried to exonerate himself by hiding behind his lover’s act of exposing her private videos.

This is the tragic story of Dr. Vikas and Pratibha, an architect, as reported in Begur police station limits, which shocked Bengaluru. The police investigations revealed that Vikas did it because he found out that Pratibha was allegedly having an affair, even though her marriage to him was fixed.

In a fit of rage, Pratibha and five of her friends cornered Vikas and beat him to death. Vikas later succumbed to his injuries at the hospital.

Asked about the trend of social media becoming a weapon to settle values ​​that often leads to crime, Belagavi Police Commissioner MB Boralinagaiah told IANS that the trend is gaining momentum and it will be a challenge.

“I think KYC, which is there on many fronts, should also be adopted in social media. Any Tom, Dick and Harry with some pseudonyms will engage in crime. The case needs to be investigated in depth, but at what cost is the question?” Boralingaiah said.

Strict punishments are needed for this. Some data must be there to immediately track the user, such as Aadhaar authentication. People become perverts. It’s about clicking a button now, he said.

Psychologist Dr. A. Sridhara opined that how relationships are defined by social media in young adults requires more attention and analysis.

It is more of a psychopathic tendency and there is more scope for the media to exaggerate such tendencies. You watch violent movies. You will watch and try to experiment with it. There is no feeling, there will be no fear, he said.

Individuals, adults go through difficult times mentally. They have not been able to understand what is happening. They stick with even more violent people on purpose. It very clearly indicates that there is no alternative available to them. They trust the technology, he explains.

“Apart from all today’s scenarios, the nature of crime and the media attention it gets, it is hyped. Going back to ‘Mahabharat’, Draupadi, when she was stripped in full public, she took an oath that she will drink Dushasana’s blood as pulled her saree.”

Sridhara explains that after this there are many cases of punishing people, murdering people, piercing eyes to make someone blind, cutting off limbs. By its very nature, violence is part of human emotion.

For some time we have managed to minimize it through peaceful coexistence, reasoning and culture and caring for other people. The element of destruction, giving punishment can go either way. In America, the nature of serial killers and what they do is unbelievable, he said.

“We all know about the tandoor case in New Delhi, where the young woman was killed, hacked and burnt in a tandoor. In Bengaluru, a professor attached to a reputed university and his son committed a similar crime 15 years ago,” he says.

He explains, “if you look at all the superhit Hindi films, revenge films have the most following. Today, technology created social media, if aggression is demonstrated, every individual feels it in their own way.”

The reports the media get are all the police version. You don’t know if that man is telling the truth and there is a risk of fictionalizing the police. There is little chance of verifying this. Social media is used to sensationalize horrible human emotions.

Senior advocate Rajalakshmi Ankalagi said social media has a positive as well as a downside. It provides everything unchecked and unedited. What you choose depends on the person. Social media also facilitates many campaigns that will get response from one corner of the country to another corner.

This is possible with social media. But if a person is negative from within, this will make him stronger. Media, social media and movies showed the trend of people’s mindset. I don’t agree that people learn through them, she said.