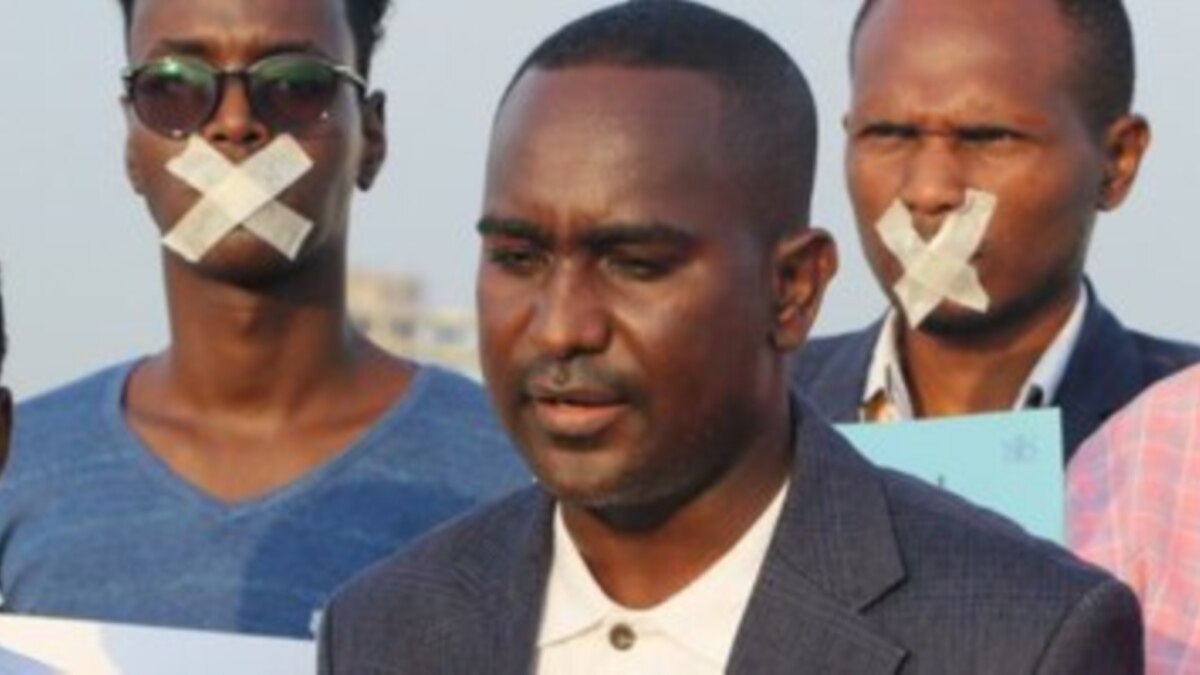 A media watchdog in Somalia says the government is pressuring one of its leaders to stop criticizing authorities.

Abdalle Ahmed Mumin, secretary general of the Somali Journalists Syndicate (SJS), is out on bail after two arrests in October on what officials called “security-related charges.”

But SJS claims that representatives of the Ministry of Information approached it with an offer to drop these charges on the condition that Mumin ceases his media advocacy and avoids future criticism of authorities.

The SJS said the ministry also demanded the association apologize and agree to comply with an Oct. 8 directive banning the dissemination of al-Shabab content. An official from the ministry denied that any such conversation took place.

Representatives were sent by Deputy Information Minister Abdirahman Yusuf Adala to present the offer at a meeting on Tuesday, according to SJS lawyer Abdirahman Osman and another media advocate, who were both present.

SJS President Mohamed Ibrahim, who spoke to VOA about the terms of the proposed deal, said the first was “that Abdalle Ahmed Mumin keep quiet, stop media advocacy and stop criticizing the government, while the second was to [SJS and other media associations] should publish an apology regarding their joint statement against the directive of [the] Ministry of Information.” The statement warned that the directive risked putting journalists at risk and said al-Shabab could target journalists for siding with the government.

However, the Deputy Information Minister denied that such an offer had been made. In a text message to VOA, Yusuf Adala said: “We have no information about what they are talking about. The case is in court and we [can do] nothing, no (other) choice.”

The head of the SJS believes that Somalia’s Prime Minister Hamza Barre and President Hassan Sheikh Mohamud should hold officials of the Ministry of Information accountable for what he saw as an attempt to suppress the media and freedom of expression.

Somalia is the most dangerous country in Africa for journalists, with militant attacks the biggest threat, media watchdogs say.

Said Yusuf, a photographer at the European Pressphoto Agency, believes the government should do more to support the media.

“As journalists in Mogadishu,” said Yusuf, “we have faced many challenges and oppression. We must be given a conducive environment and we ask the government to ease the oppression so that we have the freedom to search for news, and we plead for our right to have freedom of speech, which is an essential one.”

Somali officials say the directive on media coverage is part of their efforts to fight al-Shabab. However, journalists warn that such an approach risks limiting editorial independence and could deny the public’s right to know.