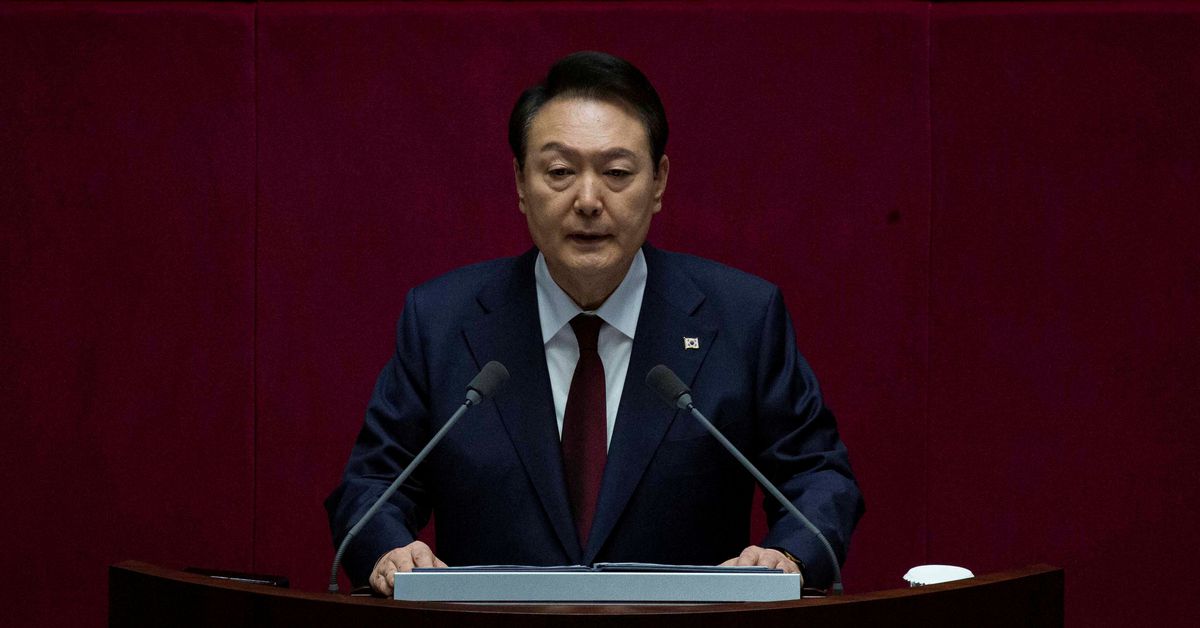 SEOUL, Nov 21 (Reuters) – South Korean President Yoon Suk-yeol on Monday suspended his near-daily media briefings amid a spat over banning a major broadcaster’s reporters from boarding the presidential plane for what he called “harmful” and “false”. . News.

Yoon’s office barred an MBC crew from boarding the plane with him during a visit to Southeast Asia earlier this month, alleging biased coverage of the recent controversies.

The end of the freewheeling briefings came three days after an MBC reporter shouted a question at Yoon, asking what was “harmful” about their reporting, to which Yoon walked away without an answer.

It was immediately followed by an altercation between the reporter and a presidential official as the official criticized the journalist for “lack of civility”.

In its statement on Monday, Yoon’s office said it decided the informal information could not continue without measures to prevent similar incidents from happening again.

The briefings were a break with years of tradition in South Korea, where daily access to the president was previously rare, as the new leader sought to increase transparency and dispel concerns about his lack of political experience.

Just months after taking office as a political newcomer in May, Yoon is struggling with low approval ratings as he tries to drive an economic recovery from COVID-19 and deal with North Korea’s nuclear and missile tests.

His approval rating was at 33.4% in the Realmeter poll on Monday, down from 34.6% last week. Almost 64% disapproved of his performance.

Yoon said Friday that the decision to exclude MBC from the plane was “inevitable” to protect the constitution, accusing the broadcaster of threatening national security by “trying to drive a wedge” between South Korea and the United States.

MBC was among the first to report on a viral video in which Yoon was caught on a hot microphone making insulting comments as he left an event in New York after a brief chat with US President Joe Biden in September.

The media initially reported that Yoon’s crude comments were aimed at the US Congress but Yoon’s office said he was referring to South Korea’s parliament.

Reuters could not independently verify what Yoon said.

Critics have said the decision to bar MBC from boarding the plane is a violation of press freedom.