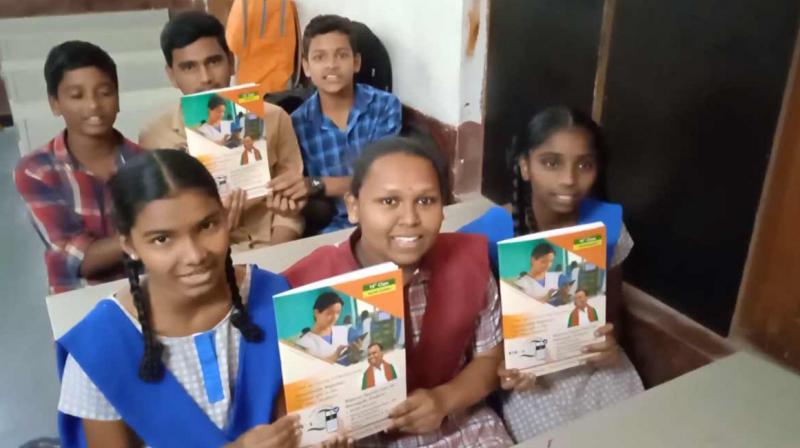 HYDERABAD: The vigorous Munugode village poll campaign was fought in cyberspace as much as on the ground – with the three main parties, their leaders, candidates, activists, sympathizers, volunteers, paid agencies, trolls and partisan and neutral analysts pitching on a plethora of social media platforms with their posts, reels, videos, images and tweets.

One of the most popular, and winner by pure response of over one lakh engagements per day, was Telangana Atma Gouravam, which on Facebook received over two lakh views within 48 hours.

In the video, senior BJP leader, former MLA and strategist Yennam Srinivas Reddy is seen describing various watermark elections in Telangana – Kalwakurthy (1989), Siddipet (2001), Karimnagar (2006), Palamoor (2012), Dubbak (2020) and Huzurabad (2021) ) – and then poignantly appeals to voters on behalf of his party by asking, will Munugode make history in 2022?

The campaign season has been dramatic, filled with rhetoric, counterfactuals, arguments and counter-arguments, fake news, lies, abusive trolling – with all competing parties trying their best to appeal to voters using all available means on social media.

During the Munugode season, many videos went viral, where leaders are seen attacking their rivals or showing off their own achievements; while some videos continued to do the rounds of the mischievous acts.

Videos of the BJP highlighting alleged failures and misgovernance of the TRS government in the state and appealing to voters to vote for Komatireddy Rajagopal Reddy to reinstate ‘Atma Gouravam’ found some of the highest levels of traction.

Satirical videos by Teenmaar Mallanna and his team, who often made fun of all the parties contesting the elections, were very popular. In one such video, the host could be seen making fun of TRS and calling them names like farm party, where he decodes the poaching incident that went viral.

An interesting video of TRS leader Rajanala Srihari distributing chicken and liquor to locals in Warangal also went viral, where the leader could be seen handing over a live chicken and a bottle of liquor to each of the locals queuing up to collect the free pieces for Dasara.

TRS also resorted to fighting back in response by posting counter-attack videos. In some of the videos, including those shared by the party’s official Facebook handle, the TRS blamed the BJP and Prime Minister Narendra Modi for the power shortage. The party appealed to the voters to vote for TRS for the development of farmers. Many of these videos had tens of thousands of views and engagements.

A top video in cyberspace across platforms was one made on Chief Minister K. Chandrashekar Rao, whose visit to Chandur for the public meeting and making a grand entry and interacting with people did the rounds, captioned ‘Boss Entry’.

Although there were videos of attacks, counter-attacks and accusations, some funny videos also got people’s attention for their unique content. A video of Evangelist KA Paul dancing with villagers in Munugode went viral, as people reveled in his rattling fire against any leader who visited the constituency to woo voters.

The video of speeches by almost all the leaders went viral, but the hilarious goof-ups of TRS candidate K. Prabhakar Reddy, who fumbled in his nomination speech and indulged in unprecedented malapropism, calling KTR as NTR, and a video of Congress candidate Palvai Sravanthi that breaking down in tears had the greatest effect.