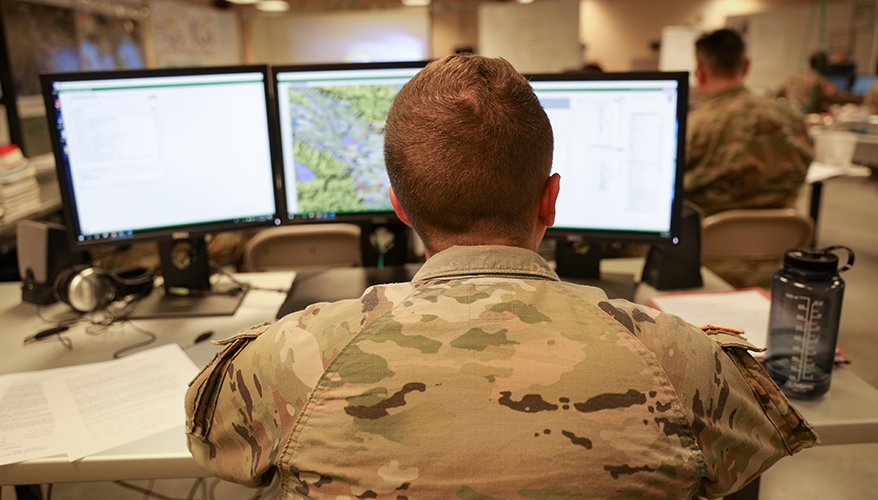 JUST IN: Army Aims to 2026 to introduce a new mobile control post

The latest iteration of the Army’s effort to modernize its command posts hopes to have a “fully integrated demo” will be developed, the project manager said.

“The more mobile and resilient your command post situation is, the more challenging it is to be efficient, both from a technology and systems perspective, and just from a human perspective, when you’re separated from the personnel you’re used to working closely with.” added.

Barton described five key technologies the MASCP project is developing to ensure the command post does not lose capacity as mobility increases: remote antenna systems, “so the enemy can see the beams, not be in the command post,” resilient and redundant data storage architecture. , autonomous and distributed energy sources, camouflage materials and signature perception.

“We want to understand what is ours [radio frequency] emissions from command posts are there,” Barton said. “Then we could correlate what the enemy’s capability is so we know…how we’re being viewed.”

Another important goal of MASCP is to make it decentralized, Barton said. Splitting a single command post into smaller posts allows for easier concealment and gives commanders a “much more mobile asset” with which they can perform “more specifically.”

At network modernization experimentThe MASCP team focused on two functions for experimentation: command post mobility and signature perception. But with the project still in its early years, they “didn’t have a lot of solutions yet … internally,” Barton said. So the project invited industry professionals to present possible solutions, and Barton and his team to “explore what the art of the possible is all about.”

Experiments with commercial technologies have provided valuable insights, he said. For example, the MASCP communications network must be capable of operating in harsh, ever-changing situations, an aspect of the project that many solutions were not necessarily designed for.

“Typically, industry can build this system for a stable environment, like connecting buildings in a campus,” Barton said. “But … we need these systems to be mobile and able to be set up quickly.”

“These are things that are important to us that systems may not have been specifically designed to do most efficiently.” So here we can identify a delta between commercial solutions and the needs of the military,” he added.

The MASCP team plans to develop many of the platform’s technologies in-house, “if necessary, incorporating industry solutions where they’ve already … reinvented the wheel,” Barton said.

While MASCP won’t have a “fully integrated demo” until at least 2026, Barton said, aspects of the project are expected to continue to be exhibited in the near future.

The RF sensing system of the project has been successfully tested network modernization experimentand will be further experimented with an Army unit “later this year,” Barton said.