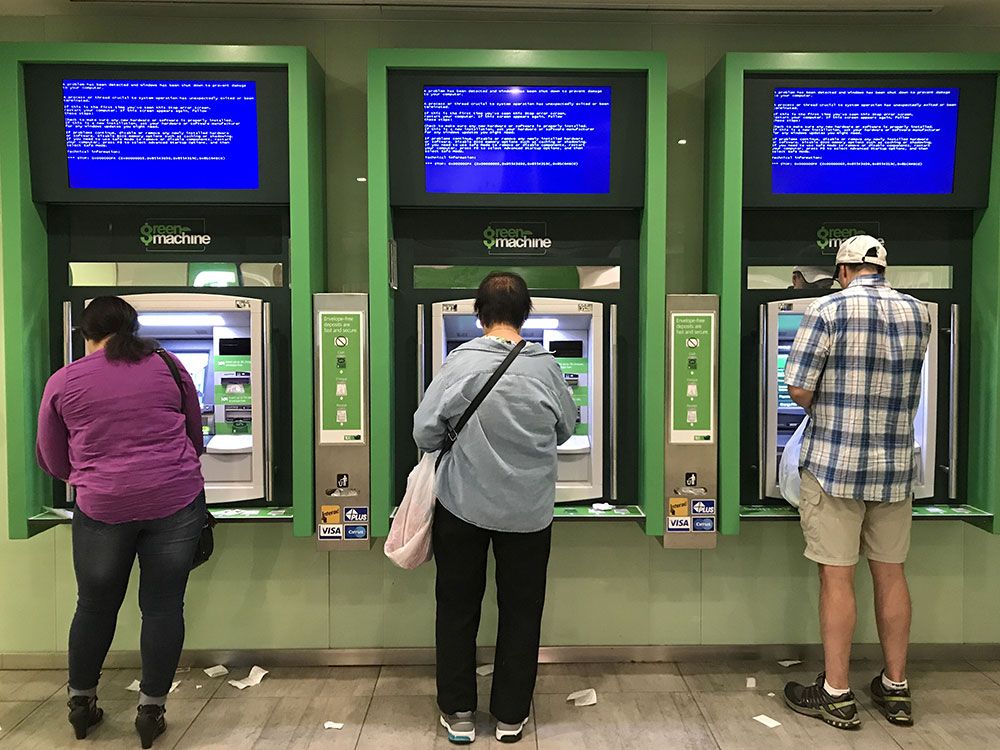 Canada’s financial consumer watchdog has introduced new requirements aimed at protecting Canadians in their dealings with banks, especially when it comes to sales practices and the handling of consumer complaints.

The Financial Consumer Agency of Canada said the framework, which came into effect Thursday, “holds banks to a higher standard” and requires them to take greater responsibility for consumer outcomes.

A welcome email is on its way. If you don’t see it, please check your junk folder.

The next issue of FP Finance will soon be in your inbox.

Banks, authorized foreign banks and federal credit unions, as well as third parties that offer or sell banking products or services, must comply with the new rules. They will not apply to wealth management subsidiaries, which normally fall under the jurisdiction of provincial securities commissions, the agency said.

“(FCAC) exists to protect consumers of financial products and services, but this is also a responsibility shared by the financial industry,” commissioner Judith Robertson said in a press release, describing the new framework as a “significant achievement” for consumers. protection in Canada.

Under the new protection, banks are required to deal with customer complaints within 56 days, marking the first time they have been legally required to do so within a specified period.

Previously, banks were expected to resolve complaints within 90 days from the day they were submitted to the employee designated to deal with the complaint. Although this is stated in the FCAC guidance, it is not a legal requirement.

The 90 day expectation in the FCAC guidelines will no longer be used and 56 days will be the standard going forward.

The bank must also provide written acknowledgment to the customer on the date the complaint was received and consider any expression of dissatisfaction with the bank’s products or services as a complaint.

The change follows a review by the watchdog in 2020 that found deficiencies in how Canada’s biggest banks handle consumer complaints, including unreasonable delays and inadequate training, as well as concerns about a system that allows banks to choose their external ombudsman.

Still, some critics argue that consumers will still “have a hard time” unless competing external complaints bodies are eliminated.

Banks currently have the option of belonging to one of two external bodies, either the Ombudsman for Banking and Investment Services (OBSI) or the ADR Chambers Banking Ombuds Office.

“56 days, 90 days – the same problem arises,” said John Lawford, executive director of the Public Interest Advocacy Centre, adding that the shortened period would be more helpful if Canada had reduced these complaints bodies to a single body, as the government announced during the budget this year.

The FCAC estimates that more than five million consumers make at least one complaint to a bank each year, most of which are dealt with internally and at the first point of contact.

In addition, banks need to establish a whistleblower program for their employees, which the agency says will encourage them to come forward if they find problems.

“Bank staff are often the first to know about issues and can help uncover problems that may not be reported,” he said, adding that they will also be able to report misconduct to the FCAC or the Office of the Financial Institutions Supervisor.

Banks are also now required to ensure the way they pay their employees does not interfere with new obligations to offer and sell suitable products and services to their customers and must comply with wider safeguards against providing misleading information or using coercive sales practices.

In a 2018 report, the watchdog found that financial targets and incentives at Canada’s “Big Six” banks have contributed to a culture in retail banking that heavily emphasizes sales, adding that banks’ “sharp focus” on sales may increase the risk of mis-selling to consumers.

“This environment increases the potential for mis-selling products and services that may not be compatible with consumers’ needs and financial situations, as well as breaching market conduct obligations,” the FCAC said at the time.

According to his findings that year, such compensation programs can lead to mis-selling because employees may want to increase sales to maximize their commissions or rewards.

The new protections also require banks to send electronic alerts to their customers to help them avoid overdrafts or spending beyond their credit limit, which could result in fees.

Electronic alerts will be useful for those with subscriptions or automatic withdrawals but it assumes that everyone has electronic access, Lawford said.

In the US, lenders including US retail banking unit Toronto-Dominion Bank have cut or eliminated overdraft fees amid criticism from politicians, regulators and consumer advocates.

The agency said this protection fulfills the commitment made by the federal government in 2018 to introduce a new Financial Consumer Protection Framework in the Bank Act.

In an emailed statement, the Canadian Banking Association said its member banks support the requirements included in the framework and are committed to complying with consumer protection measures.

It said banks devote a lot of time, effort and resources to help ensure customers are provided with products and services that are right for them and that they have agreed to receive.

“While Canadian consumers already benefit from a strong consumer protection regime for financial services, the FCPF is an additional step to continue to provide a consolidated and comprehensive regime to help ensure that consumers continue to benefit from consistent, safe and high-quality banking products and services. ,” the statement said.

Lawford, however, said the change feels like a “consolation gift” for consumers, adding that he doesn’t know of any other industry that gets four or five years to prepare for something like this.

“I think it’s too late. Not even half a loaf but you know, when you’re hungry, you’ll take it,” he said.