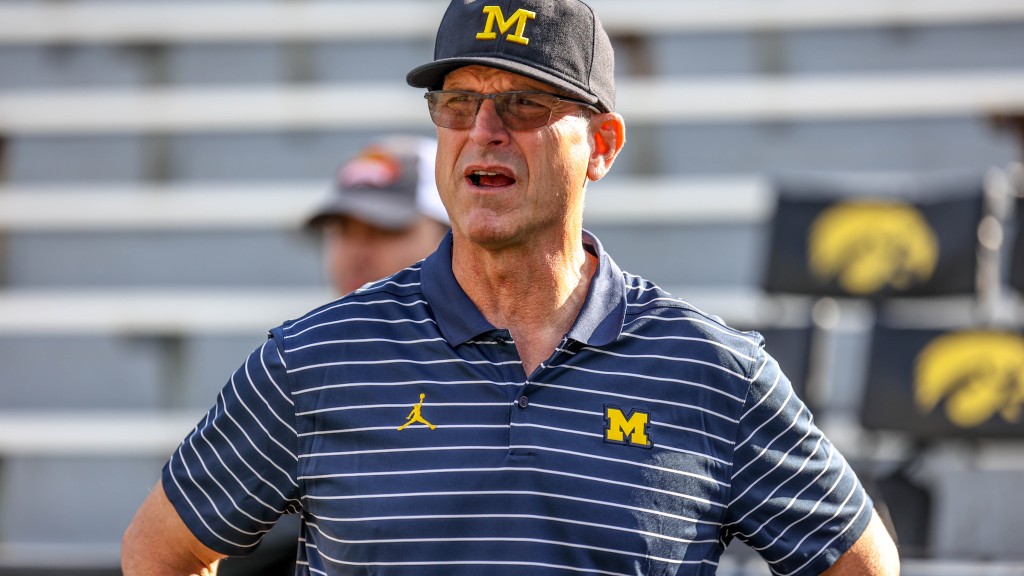 The first College Football Playoff rankings came out on Tuesday night, and they really surprised.

Tennessee came in ranked No. 1, which was less surprising than Michigan football being ranked No. 5, with Clemson at No. 4.

The Wolverines certainly had an easy nonconference schedule, but as the maize and blue have gone out and won the games on the schedule convincingly, which includes a win over ranked Penn State. Clemson has three-ranked wins, but those measuring strength of schedule have the Tigers behind Michigan in that regard.

The media was shocked that the Maize and Blue were ranked behind Clemson. They took to social media to express their confusion.

Every day should be Saturday

Like I said, if Michigan wants to be in the top four, they have to prove themselves by beating Illinois

(I just want to see Tennessee-Michigan or Alabama-Ohio State (or something like that) in a playoff game on someone’s campus… are we asking that much folks?)

If you’re upset that Michigan was No. 5 in the CFP rankings on Nov. 1, let’s relax.

It legitimately means nothing. Just win. It will take care of itself. I promise.

Michigan should look to replace one of those non-conference opponents next season. It looks like the College Football Playoff committee decided to start caring about these games for the first time this year.

Initial thoughts: Clemson doesn’t deserve to be above Michigan and Alabama shouldn’t be above TCU.

Clemson also one of the weaker No. 4s. I have them at 6. Michigan’s schedule is bad, but it is a complete team, especially at the line of scrimmage.

That Clemson is ranked higher than Michigan is indefensible.

Clemson needed its backup QB to beat Syracuse and went to OT with Wake Forest, both ranked lower than the Penn State team that Michigan blew out.

Ohio State and Michigan have both played a half-decent football team: Penn State.

Wow these CFP rankings indicate that Michigan should want to beat Ohio State and win the Big Ten Championship. Before that, they were probably on the fence.

Clemson is objectively not as good as Michigan

I’ve said it all season: The committee is not going to like Michigan’s non-conference schedule.

Michigan is No. 5 in the CFP, a mild surprise to be behind Clemson.

The CFP Committee’s rankings are especially heady with Michigan ranked behind Clemson.

Ranking one team over another to send a message about non-conference scheduling instead of ranking how teams have played against who they’ve played is 4D chess I don’t need from the playoff committee. (Not that it matters that Michigan plays Ohio State, but still.)